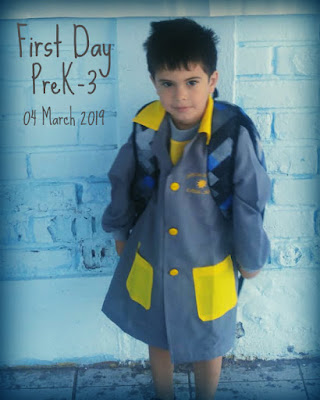 I'm quite sure this picture will always bring a smile to my face for so many reasons. Of course, first of all because it is our baby boy in uniform for his first day of school and just how adorable is he?!? Second because, well, the hair. Honestly we did bathe him and comb it the night before but bedhead is truly a thing! Ironically, in Chilean preschools the routine is to clean, comb and perfume the student before sending him home so Silas actually returns to us in much neater condition than we drop him off. I ask myself, what kind of parents does that make us? Maybe just tired middle-aged parents with half a dozen kids who save our energies for bigger battles?? (I like to think so.) A third reason this brings a smile to my face is because it reminds me of Silas' older brother Ian wearing the same outfit and posing by the same wall on his first day of preschool six years before (see cute pictures below!) And finally, it makes me smile because it reminds me that God has a divine sense of humor. When Ian and Alec entered their respective preschools, Alec's class in particular had many older and doting parents whom frankly, we found a little amusing. Ahem. Yes, now those "older and doting" parents might just be us. Scripture once again rings true in in warning that "in the same way you judge others, you will be judged" (Matthew 7:2) and now we are probably the amusing ones to the younger generation!

We certainly never expected to be checking off multiple pages of single-spaced útiles (school supply) lists once again, nor joining throngs of parents to shorten hems and take in uniforms on the chaotic first week of school. But as strange as it sounds, there is something heartening about having new faces to greet and people to meet and observing the novelty of learning in another little child. We are so thankful God has given our family Silas to enjoy. Even though the spectrum of completing college applications while still buying diapers is quite an emotional stretch sometimes! 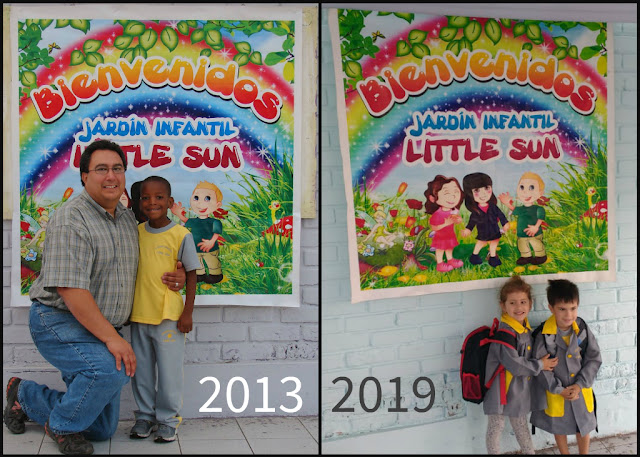 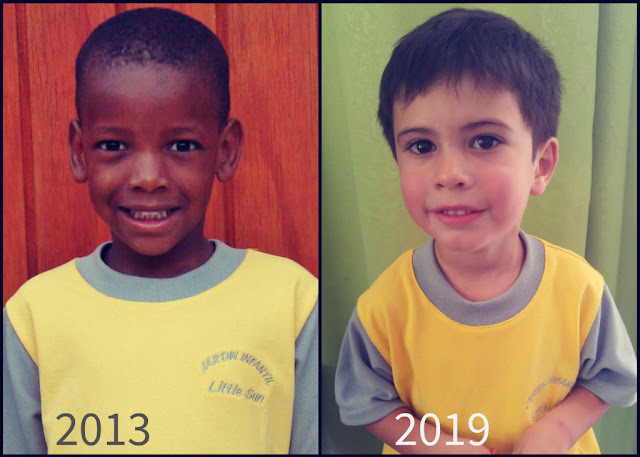 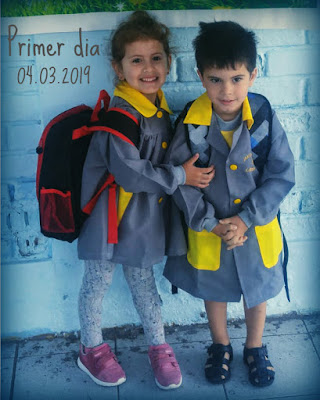 Silas did have two special advantages to starting his school year. The first was having attended a "summer school" at his preschool during the month of February which allowed him to meet the tias (teachers) and a small group of fellow students ahead of time. And the second was his dear friend Emilia, with whom he had several months of play dates at the end of last year with the goal of learning some Spanish before being immersed in it daily. Emilia is her parents' first child and theirs is the novelty of everything being new while Silas is our sixth and ours is the bittersweetness of it all being the last. But it has been special to experience this with friends and we are so glad Emilia was there to greet Silas and soothe him on his first day when according to his after-school report, "I cried for you, Mommy and Daddy!"  Of course, we all got a good laugh out of his teacher's report saying that little Emilia promptly instructed him in her mother's words, "No llores, Silas! Llorando no solucionas nada!" ("Don't cry, Silas! You won't solve anything with crying!") Fortunately, since that first day we've been told he does not cry much for us even though he puts on a half-hearted show each morning at drop off. Apparently he does cry for other things (like a second juice box at snack time) and he was recently reprimanded for standing on tables in the classroom (not my child!) And while his tias say he is "muy regalón" (ie, snuggled and pampered) they seem to say so with affection, which he appears to reciprocate. 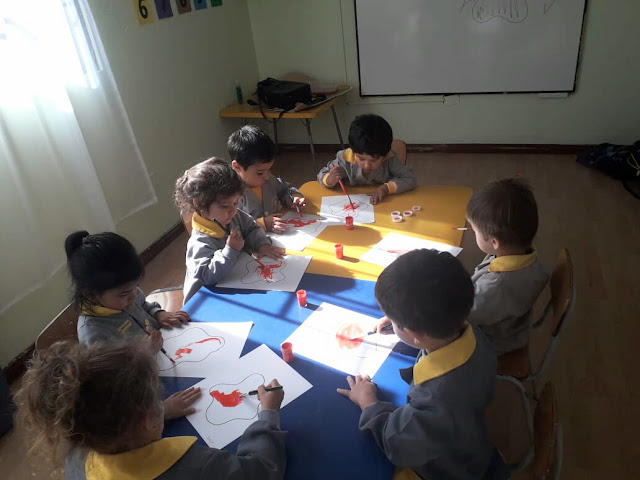 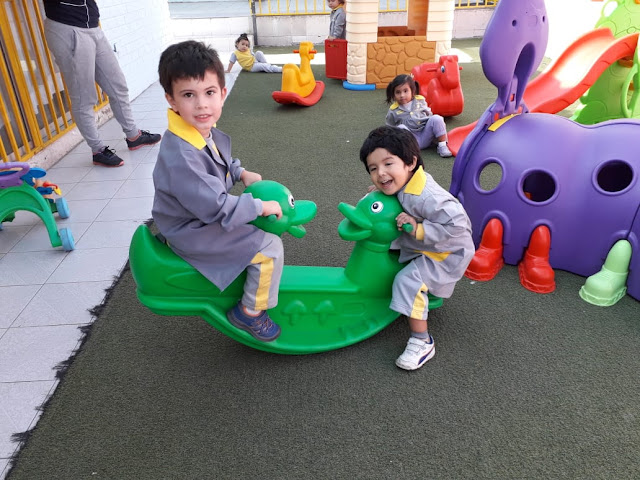 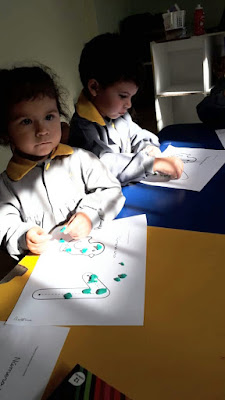 All in all, it has been a good first week of preschool for Silas. He starts at 8:30 AM and ends at 1:00 PM. Usually he arrives home ready to relax with some cartoons while his older siblings finish up their studies. Throughout the afternoon he begs for company to play Legos, read books, play Wii or his favorite - go to the park. Somehow he still has more energy than all the rest of us!

We have begun to "meet" the other parents through a WhatsApp group set up by his teacher, and look forward to group activities and programs throughout the year. We hope God will give us opportunities to build relationships and share Christ in the school as time goes by.

Silas has already shown improvement in his Spanish and eagerly asks us each day, "How do you say (blank) in Spanish?" Recently he asked, "How do you say Spanish in Spanish?" Occasionally - being as he does have five older siblings he loves to parrot - he will ask for a translation of a term (such as the word "stupid") that we deem not necessary for him to learn in his first language, much less another!

We are so thankful for God's good and surprising gifts - like another little preschooler to love and enjoy. Thank You, Lord, for Silas!
at 2:02 AM
Email ThisBlogThis!Share to TwitterShare to FacebookShare to Pinterest