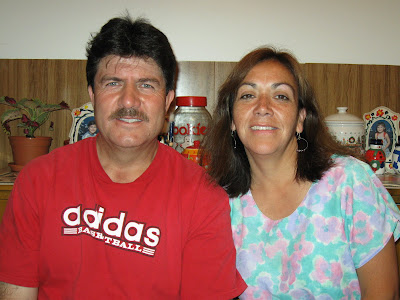 Hugo Armijo and his wife Debora

I thought I should make a formal introduction of our Iquique colleagues so that my blog readers can recognize them in future posts! The first picture is of Hugo Armijo and his wife Debora. They are with ABWE/GAP ministries and they are the founders of our church here in Iquique. They have three teenaged children: twin sisters Debora and Belen, and their son Johnny. (I don't have a picture of the three of them just yet, as the girls are away at camp in Argentina right now.)

The picture below is of Alejandro Armijo, his wife Robyn and their three children: Miguel, Natalia and Jacqueline. They are ABWE missionaries and Alejandro and Hugo are brothers. Together they have been co-pastoring the two churches in Iquique and Alto Hospicio. 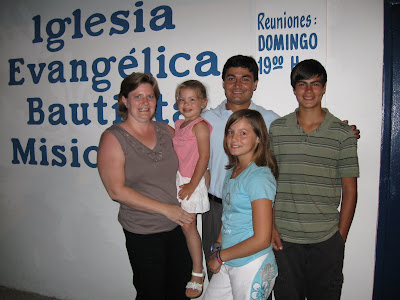 Not pictured yet are our ABWE colleagues Jon & Kim Spink, with their six children. They arrived in Santiago just last week and hope to join us in Iquique very soon. God has already miraculously provided a home for them here and we look forward to our team being all together in a few months!

at 5:27 PM
Email ThisBlogThis!Share to TwitterShare to FacebookShare to Pinterest