The Weight of History


"Everyone to whom much was given, of him much will be required,
and from him to whom they entrusted much, they will demand the more."
Luke 12:48 (ESV)

Our family recently spent one week in beautiful New Bern, North Carolina. Since our lodging was outside of town, we frequently drove in to stroll the centuries-old streets and marvel at mansions and historic homes such as the one pictured below. Most structures had markers indicating their age and the family name of the original owners, some from as far back as the 1700's. It was incredible to imagine living in such luxury hundreds of years ago, and my curiosity was piqued regarding the story of this place. One of my thoughts as I observed the size and grandeur of the homes was, "They must have had slaves to maintain these back then." Sadly, a bit of online research quickly proved me right. I learned that at one time New Bern was the largest city in the state with its original wealth obtained through the trading of goods and slaves. Interestingly, in the early stages of the Civil War it was the capture and occupation of the city by Union troops that protected so many physical structures from damage so that they can be enjoyed today. The Union occupation also led to a fascinating situation with the slave population. Nearly 10,000 escaped slaves converged on the area for protection, leading to the creation of a refugee camp at New Bern. After President Lincoln's Emancipation Proclamation even more freedmen arrived and little more than a decade after war's end, the city had a majority-black population. 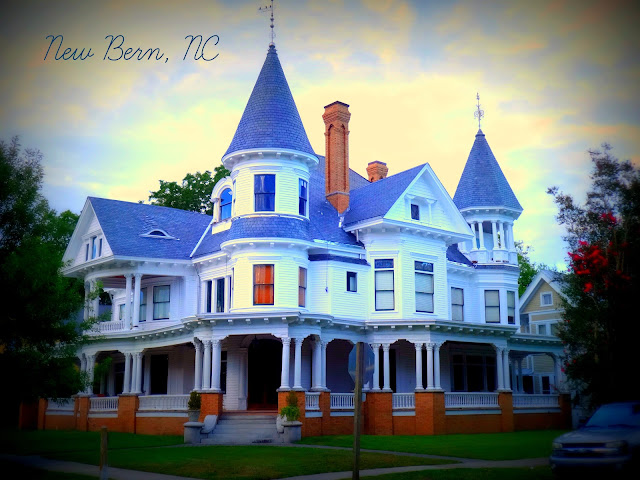 After the war and slavery ended, the city rebuilt and prospered for a number of decades on the lumber industry. In the late 1800's, free black communities blossomed with churches, fraternal associations and businesses. Four black individuals were even elected to the United States Congress. And then, history turned. For over half a century - sixty-five years to be exact - the tide of white supremacy in New Bern rushed back against its black populace. In 1900, the state of North Carolina passed a constitutional suffrage amendment deliberately disenfranchising black citizens and blocking them from any involvement in the political process. In addition, segregation and discrimination were enforced through racist laws which placed black men, women and children at a disadvantage in every way.

Like many southern cities, New Bern has a complicated history of beauty and ugliness. Today, at least on the surface, it is the beauty that one immediately notices. I would love to go back and explore more. Only now as I researched information for this post, did I learn of some fascinating historical figures in New Bern from the era of segregation: the "Rhone Sisters," as they were known. Charlotte Rhone overcame tremendous roadblocks to become the first black registered nurse in her state and the first black social worker in her county. She and her sister Carrie are also remembered for raising funds to build a hospital for black people; a hotel for black travelers; and a library for the black public - each of which was otherwise denied their segment of the population at the time. I only wish we had known to visit the buildings which celebrate the legacy of these two women!

The truth is that this post is not intended as simply a study of one historic town. It is rather meant to reflect on a confluence of thoughts and situations that occurred around the time of our visit. On our drive to New Bern, I read Benjamin Watson's excellent book entitled Under Our Skin. Written to expand on a Facebook post he shared in response to the 2014 events in Ferguson, Missouri, in this book Watson thoughtfully, eloquently and honestly shares the reality of life as a black man in contemporary America. He also reaches back into the stories of his grandparents to clarify the history that has left its mark on the hearts and minds of black men and women in today's society. As a committed Christian, Benjamin tempers his observations with Biblical truths and exhortation. I cannot recommend this book enough for the reader who is willing to visit its pages with an open mind and heart. 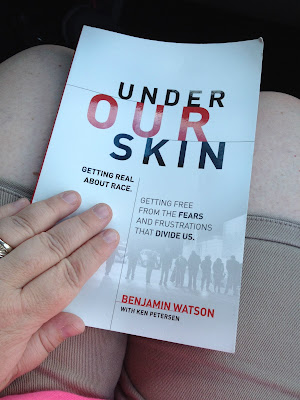 As I read I was reminded of how far we have yet to go as a nation as it relates to race, and to be honest I arrived at our vacation location with some concern about how our multiracial family would be received at a timeshare in a southern state. The first afternoon at the pool, my heart sank as I looked around and saw no one who resembled us at all. I cautioned my kids about manners and mentally braced for a week of "best behavior" reminders as I felt all eyes might be on us. To my relief and delight, the next day at the pool we encountered a blend of many cultures enjoying the water together! I observed Caucasian, African American, Hispanic, and Middle Eastern families swimming together and it truly made my heart smile. This alone reminded me that though we have far to go, we have also come so far.

And then suddenly, shamefully came Charlottesville. In the sneering, jeering faces I saw the evil that set the wheels of oppression in motion so many years ago. I felt the shuddering sadness brought on by undeniable evidence that my children's world is still home to such hatred. Yet conversely, I also felt flutters of hope. Quickly countering this evil came words of concern, compassion and commitment. Those words encouraged me that there are those who recognize the weight of history and will not allow this to happen again. There are those who realize that "to whom much was given, of him much will be required." And they have courageously spoken out to say: Not on their watch! Not in their city! Not in their generation!

This isn't the kind of post that can be wrapped up neatly with a bow. Life in a transracial family is beautiful, redemptive and reflective of Heaven in that one day "every nation and tribe and people and tongue" will worship the Lamb together regardless of any difference in skin color or ethnic origin. But life in a transracial family can also be messy, as we wade through our own ignorance and privilege to understand the challenges our children must be prepared to face with both gravity and grace. Lord, give us wisdom! is our heart's cry for our family, our Church and our nation.
at 1:08 AM
Email ThisBlogThis!Share to TwitterShare to FacebookShare to Pinterest