We first discovered the phenomenon of a "revista de gimnasia" during our initial foray into Chilean education in 2009. That year, I summarized its purpose in a brief blog post entitled: Annual PE Program and shared videos of the routine performed by Isabel and Eva.

(As a side note, let me just mention that the red Jedi cape worn by Eva seven years ago is the gift that keeps on giving! It was the same cape worn by Alec in his debut theater performance this past June, and almost daily on our boys' current Star Wars kick.)

In 2010 we enjoyed another revista de gimnasia with the girls and eventually Owen joined the mix as well. When the girls transitioned into home schooling and Owen into a new Chilean school, the tradition continued. This year just may have been the most lively of all. If nothing else, our son certainly enjoyed himself as evidenced by the big grin on his face throughout much of the routine!

Owen was pretty tickled by his outfit which was handmade with love by Tia Grace, one of the talented seamstresses who attends our church: 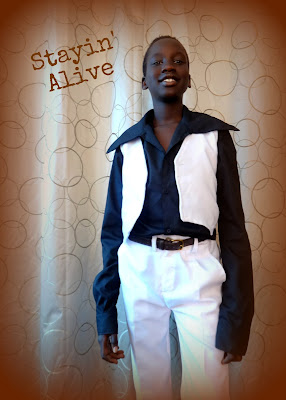 Prior to his official performance, he entertained us all (but especially baby brother Silas) with multiple practice renditions at home. Finally the big day came and our entire tribe piled into the school gymnasium to cheer Owen from the crowded audience of family members and friends. 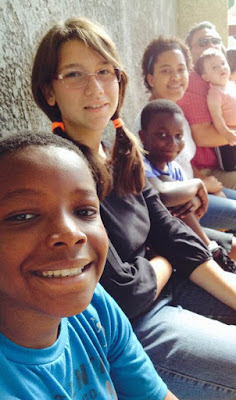 His class did not disappoint and I'm sure no one came away from their musical number without a smile. We're thankful for a happy memory for Owen to take away as we head into furlough next year and he leaves this school and these classmates. Enjoy the show (video below!)

at 11:37 AM
Email ThisBlogThis!Share to TwitterShare to FacebookShare to Pinterest