New Thespians in the Theater

This post is woefully overdue but serves to record a fun chapter in Ian and Alec's life experience up to this point. This year for the first time, both boys began homeschooling together. It has been, as one might expect, quite the adventure. 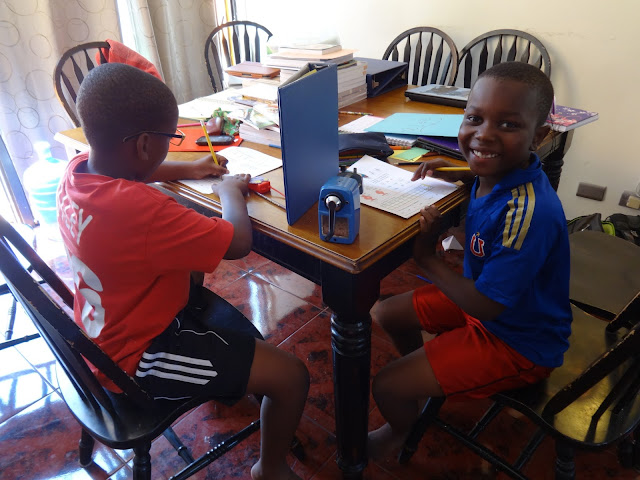 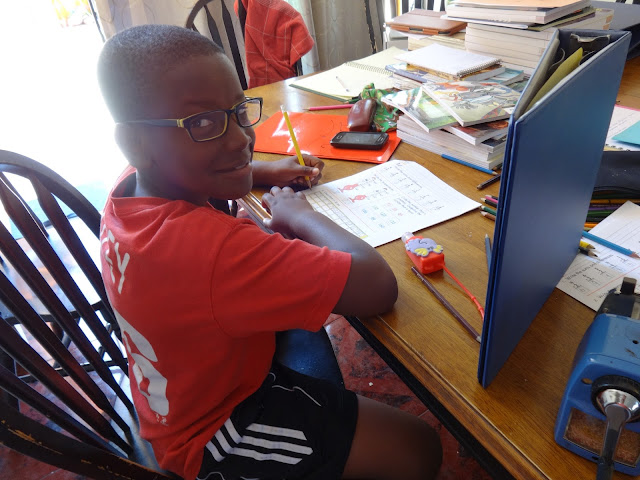 There is a whole other post waiting to be written on the topic of their homeschooling journey, but one thing we determined at the outset was the need for the boys to continue to have exposure to Spanish on a regular basis (in addition to church.) An ideal opportunity seemed to present itself with a Saturday morning theater class. The duration of the class was three months and culminated with an onstage presentation by our young thespians.

Many times we wondered how it was possible for the teachers to harness the explosive energy we saw in the interesting mix of children they directed each week. But the final result was an enjoyable, creative, age-appropriate and zany - most of all, zany! - performance that we attended with our family and MK "cousins"/friends Kristi, Kyle and Joseph Spink. 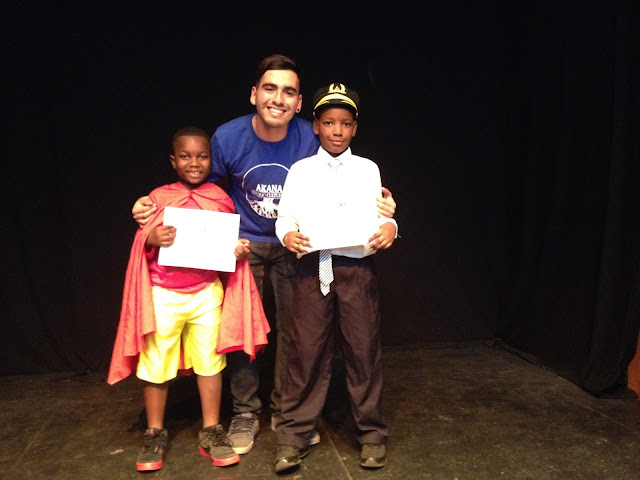 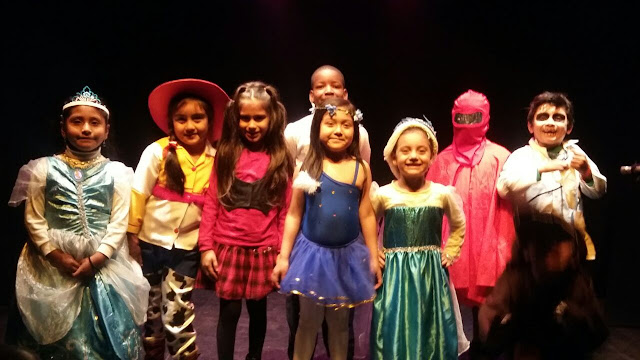 Each child in the theater class was able to pick his/her character and the script grew out of their own collective imagination. Alec chose to be a superhero named Incredible (not to be confused with the Disney character Mr. Incredible, mind you, even though both are dressed in red from head to toe!) Ian was super thrilled to be an airline pilot and only wished he had the entire outfit (jacket included) to play his role. Thankfully, in the nick of time our friend Ruthie - whose dad and granddad actually are pilots - loaned him an authentic pilot's cap which added just the finishing touch he needed.

Because Alec's personality tends towards a more serious side, his dashing superhero debut generated laughter and cheers. The loudest may have been from his exuberant friend Kylie who also happened to be seated closest to the camera!

The play's director determined that having a bilingual actor for a pilot was just the thing since Ian could presumably recite his lines in Spanish and then state them in English. In reality this was a little harder for him than they thought, but when he did translate during the play it generated another cute comment from Kyle. "Oh, how sweet!" she exclaimed. "He did that just for us to understand!"

All in all, these newest thespians certainly did enjoy the theater. Nowadays they are applying their talents to the monthly children's presentations at church. Who knows what the future holds? Let the encores begin!
at 5:48 PM
Email ThisBlogThis!Share to TwitterShare to FacebookShare to Pinterest