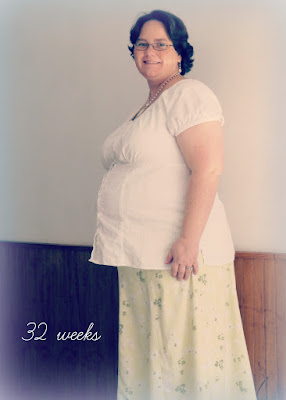 We have experienced much that could be called miraculous as God has added children to our family.

When every other door but the small, local Catholic adoption agency closed, God brought us our first daughter by way of her birth parents seeking a Protestant couple through them. When we desired to adopt again but had no resources to even consider it, He allowed an unexpected phone call asking us to parent an as-yet unborn baby girl. When that baby girl was born and her Apgars were 0 & 0 after a traumatic birth, God miraculously enabled her to survive and overcome the dire predictions related to her diagnosis.

After our hearts were broken and trampled by later failed adoption attempts, God provided in twenty-four hours the funds needed to say "yes" to a premature baby boy born 1,000 miles away. During nearly two years of heartwrenching delays in an international adoption, He reminded us through miraculous provision that He would make a way to bring our sons home from Haiti. Later despite a devastating earthquake and countless loss of life around them, God did just that on their behalf.

While we waited for an appointment with a local obstetrician, every three days or so we requested bloodwork with bated breath and prayer. God miraculously allowed the numbers to climb and indicate a probability of success with this pregnancy. When the new doctor cautiously confirmed our status through ultrasound but warned of the likelihood of loss, God affirmed His sovereignty by allowing each next stage to stay on track against the odds.

With the exception of the first few months of extreme tiredness, God has allowed me to feel relatively well and strong throughout the months. High blood pressure and proteinuria did lead to a diagnosis of moderate pre-eclampsia a month ago and resulted in an increased amount of pills to take daily (eleven!) This also resulted in weekly checkups including blood tests, fetal heartbeat monitoring by a midwife, and visits with my doctor. However, I value the availability of modern medicine and God's provision of our needs. I have lost track of the number of ultrasounds, which are done in the doctor's office sometimes just briefly or more in-depth, and which are not always charged but if so cost a mere fraction of what we would pay stateside.

I do have fears about childbirth, having never experienced it before and never having been hospitalized for any reason in my entire life (though I've had my fair share of ER visits!) But just when the doctor declared it necessary to program the birth at 37 weeks, most likely through cesarean section, God allowed a close friend to be hired as a surgical assistant in the clinic where I will give birth. In all likelihood she will be able to accompany me in the delivery. What a special reminder that He cares for our needs and concerns!

We celebrated our 18th wedding anniversary this July. Our infertility diagnosis was made one year into our marriage. Seventeen years and over a hundred negative pregnancy tests later, for reasons that may remain unknown to us this side of Heaven, God has miraculously allowed one more life to be entrusted to our family. For most of the pregnancy it has felt unreal. Even now with less than one month to go, we wake up each morning with surprise and expectation. Planning and preparing has become a family affair with five older siblings accepting, curious and excited to meet their new baby brother. This warms our hearts.

I still do believe a real part of this baby's purpose has to do with the pro-life counseling ministry to which God has led us. Perhaps first-hand experience of the realities of pregnancy was needed for me to adequately encourage someone facing an unplanned child. Years ago as a new volunteer in a crisis pregnancy center, I counseled a single mom who found herself once again pregnant. She was my first client who went ahead with an abortion, which I deeply regretted and which is why I have never forgotten. Her reason for aborting was that the pregnancy so exhausted her she was unable to fulfill her job responsibilities and had been threatened with being fired. She weighed meeting the needs of her already-living children versus continuing the pregnancy and sadly believed she had no choice but the former.

While I could not agree with this client's decision, I thought I could understand it. But I didn't really, not until the early months of my own pregnancy when I found myself falling asleep mid-homeschooling and stumbling around dazed until my husband rescued me by taking over the children and sending me to bed. The glaring difference was that I did not have to support my family on my own, and I did have a spouse to step in for me on the days when I was running on empty. My empathy was deepened through this experience. If our "unplanned" baby's life is used by God to help rescue others who are unplanned, that too will be miraculous.

(Read Part One and Part Three.)
at 12:43 PM
Email ThisBlogThis!Share to TwitterShare to FacebookShare to Pinterest

I have followed your blog for 6 years and never never guessed that your girls were adopted! Adoption is special to me as I am adopted and so is my Haiti daughter. I am excited about your new baby soon-to-arrive....i hope all goes very well for you!

Thank you for sharing your tender, sensitive heart, Stephanie. The prayer group I attend every Tuesday morning is wrapping you in long-distance hugs and prayer.