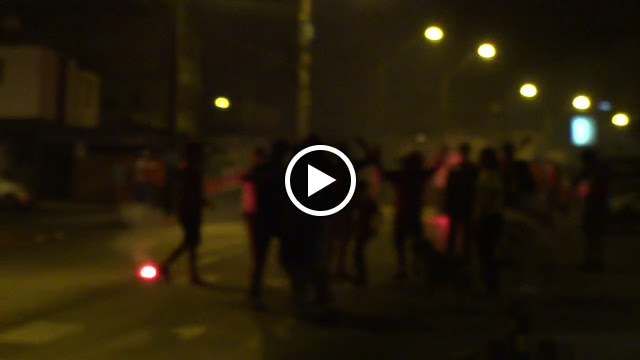 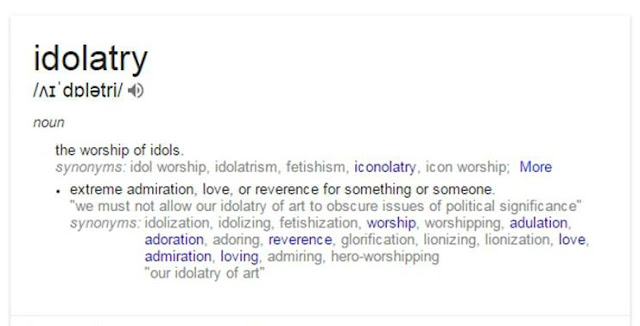 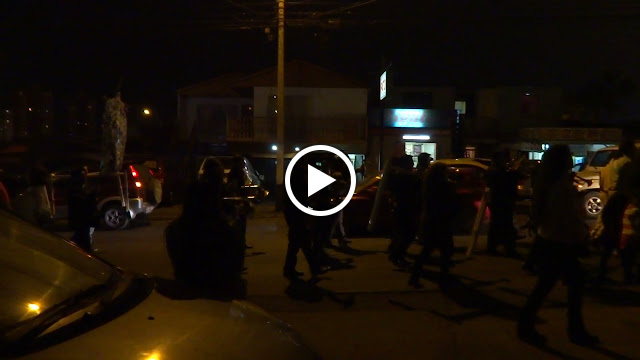 As the above definitions with their accompanying videos attest, there seems to be a fine line between ardor and idolatry. This year in Chile - and especially in Iquique - major events merged on the calendar to force this phenomenon into sharper focus. The night of July 4th as I filmed the two events pictured in this post, I felt as though I were witnessing the worship of two of Chile's top "gods": futbol and la virgen.

While I am as much a fan of Chilean soccer as anyone, the extent to which all of life stops and revolves around it still astounds me. It is perhaps hard to understand as Americans who enjoy multiple sports equally, but Chilean athletes in other areas of competition often point out the discrepancy in resources and support for their respective disciplines. An incident which occurred early in the Copa America which involved a drunken soccer player driving and causing a car accident without consequences on the field (he was allowed to continue playing first string) highlighted what many perceive to be the "god-like" status of these men.

After Chile's victory, fans fulfilled promises they had made in the event of their nation's success. On one televised morning show, a female host dressed only in a Chilean flag proudly paraded onstage. Her male counterpart underwent a flamboyant on-camera haircut fashioned after the aforementioned drunken player. Another female host on the show got tattooed on camera, and a fellow host dyed his hair purple for the occasion.

Despite the hilarity presumed to be associated with these online antics, it is impossible not to notice the common thread of vows made and kept in "worship" of someone or something. In fact on the heels of the Copa America soccer tournament, our northern part of the country geared up for its biggest religious festival of the year. Tens of thousands of faithful worshipers (including a reported 17,000 dancers from both Chile and Peru) packed food, supplies, sleeping gear, costumes and commitments to drive an hour or more into the desert for the week-long Festival of La Tirana.

Attending the festival is a strict ritual for many families in our city and surrounding areas. For some like our next-door neighbor, their yearly promise is fulfilled by a quick half-day trip to the chapel in this little desert town, just long enough to saludar (pay respects or greet) the statue representing a legendary virgin princess known as la chinita (the beloved.) For others, their pilgrimage involves participation in elaborate dances, including the most famous which depicts the devil in masks and costumes. All have in common the desire to pay homage to the fabled virgin in return for her favor. In the words of the dancers' songs, la chinita becomes "Mother Mary" and prayers are implored for her protection and blessing.

One picture I happened to see posted from this year's celebration gave me pause. In it, two men sat comfortably in beach chairs overlooking the La Tirana processional. However, they were grinning and giving "the finger" to the camera. What a visual reminder that ritual and relationship are not the same thing! Going through religious motions will never bring us closer to God. Nor will the worship of any person outside of the triune God. Only a relationship made possible by the saving blood of Jesus Christ has the power to transform our hearts and lives.
at 7:52 PM
Email ThisBlogThis!Share to TwitterShare to FacebookShare to Pinterest