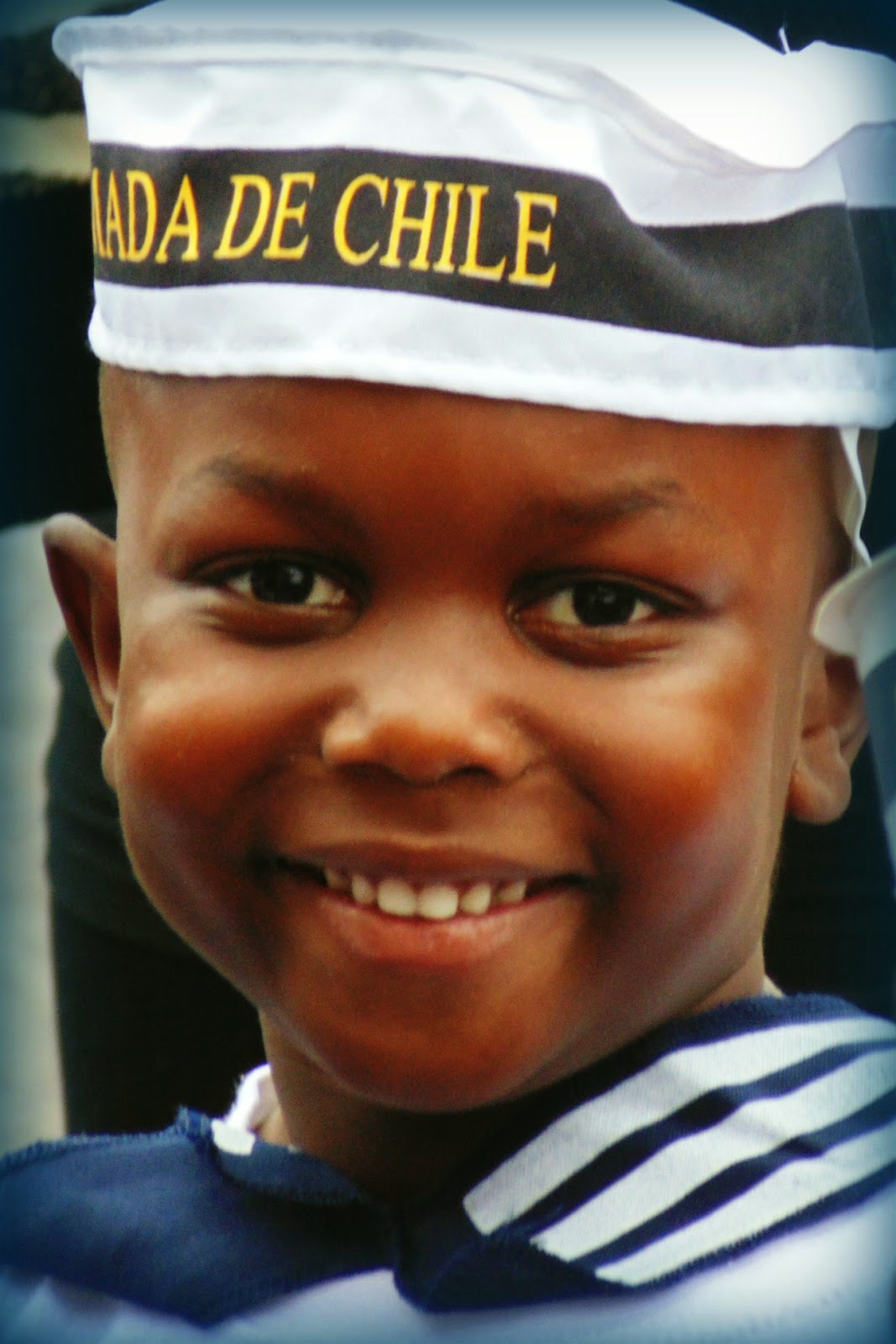 Four years ago, big brother Owen had the privilege of raising the Chilean flag at his school's parade in celebration of the 21 de Mayo commemorating Chile's most famous naval battle and the heroics of Captain Arturo Prat. Back then, his little brothers had only recently arrived home from Haiti and watched the parade from the comfort of their double stroller. But time certainly flies and this week Pedro captured these great pictures of history repeating itself as Alec also raised the flag (he attends the same school Owen did, while Ian attends another.) 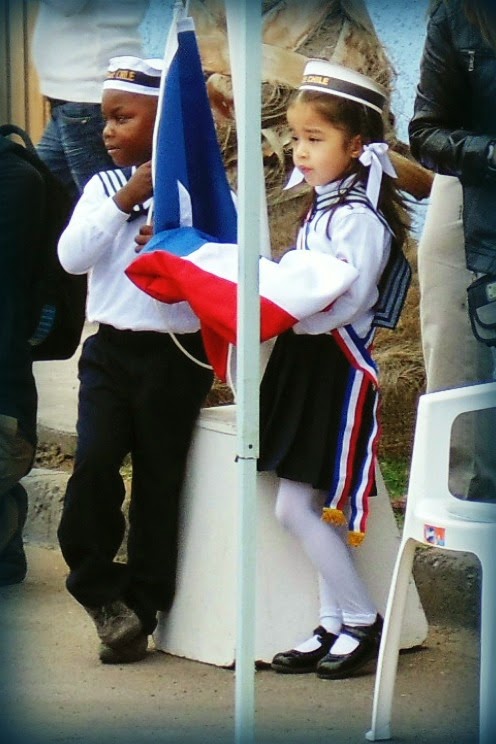 Alec has made such great strides since he entered the school last year in pre-Kindergarten. He now speaks Spanish and is a smart student who looks forwarding to graduating Kindergarten so he can move on to "big" school with Owen next year in 1st grade. He walks into the classroom every day just as seriously as he ever did, but we know he enjoys himself and has made good friends. He looked so handsome this day as a little sailor among sailers! 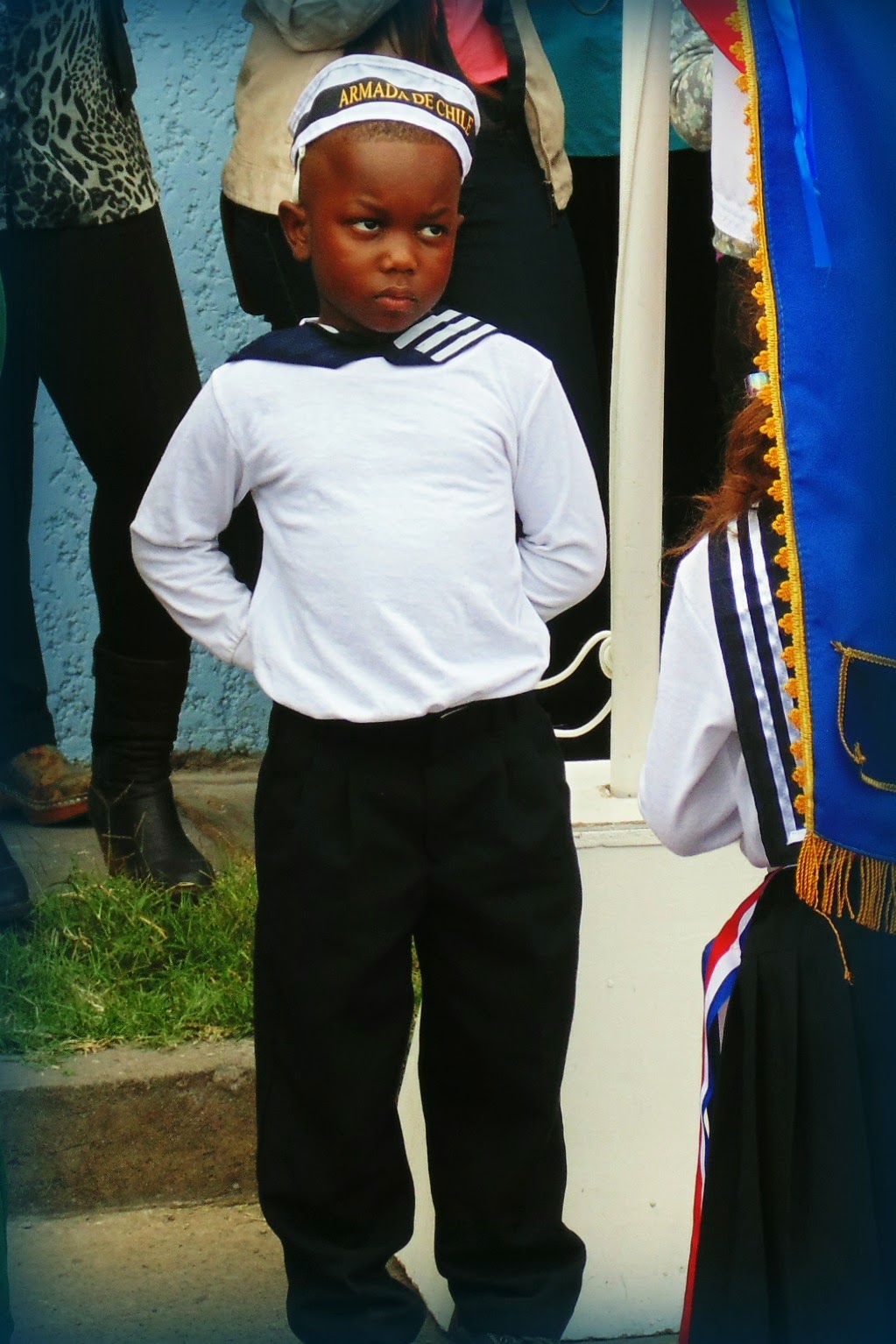 I had to include the picture above because although I have no idea what Alec was thinking at the moment, this is a classic Alec face! He has the most handsome smile in the world but he definitely has an "Eeyore" side which surfaces daily these days. Perhaps his biggest struggle is accepting his place in the world as the youngest in the family when he desperately longs to do anything and everything his older siblings do. Alec has strength of will and determination which we pray he learns to allow God to use in His life in positive ways. 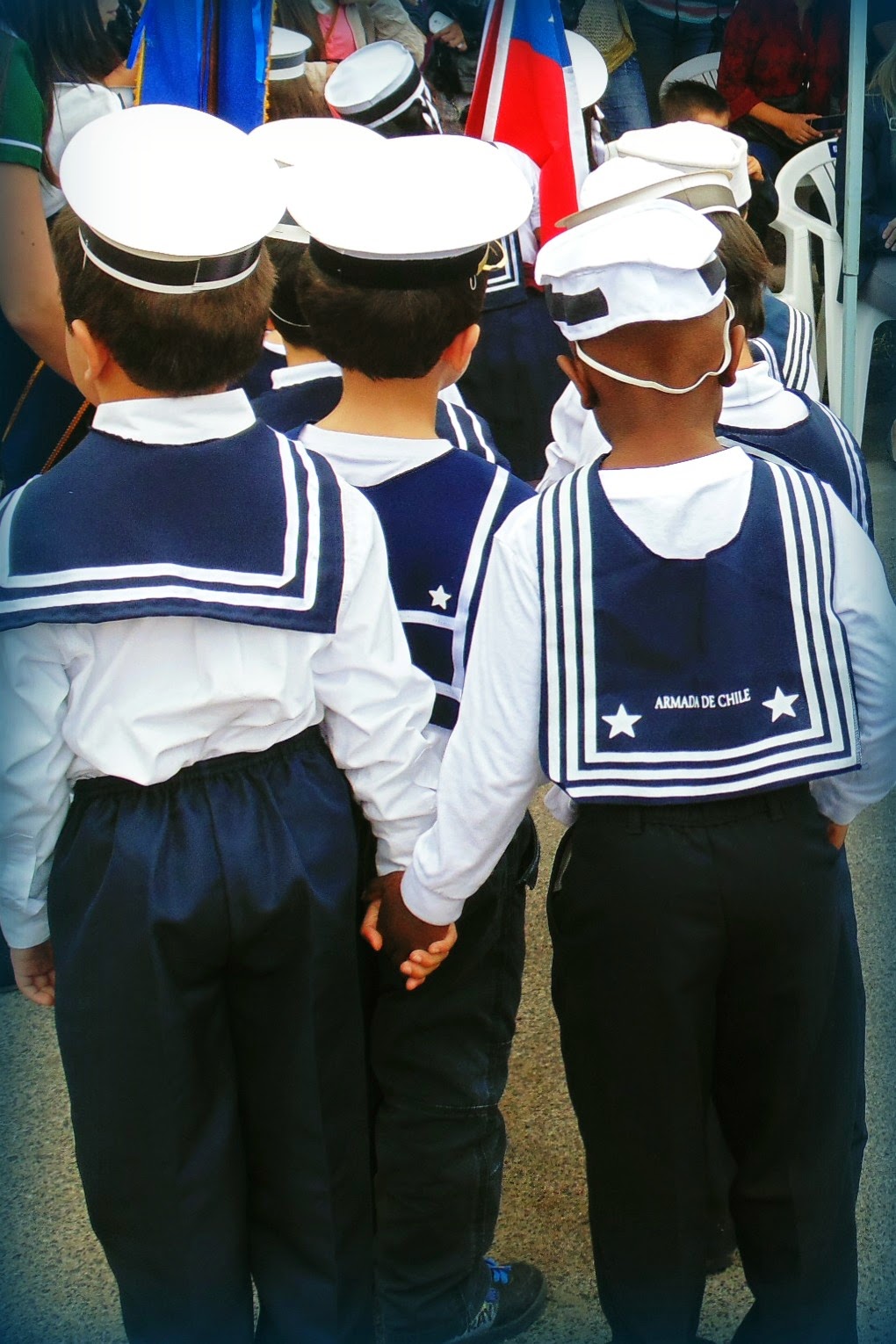 What a joy to see our youngest child growing and maturing, as bittersweet as it is to realize we are bidding farewell to the tender stage of life which the pre-school years have been. Pedro also recorded a video of Alec's last 21 de Mayo march. This is the fourth and final year to watch one of our boys standing tall in this cute little parade. You'll find Alec at the very end!

at 9:41 PM
Email ThisBlogThis!Share to TwitterShare to FacebookShare to Pinterest