Reflections on an Earthquake, Part Three

With severe damage to their home, our neighbors two houses down found themselves also providing a landing place for their close friends (a family of three) with their close friend (a single co-worker) who had been staying at a hotel in town. Meanwhile our house had survived surprisingly well and we had plenty of space in our side patio to set up tables. At lunchtime that first day, we joined forces and mealtime became quite an event! Nineteen people gathered for our first community meal. Over the next several days we would have anywhere from fifteen to twenty when we sat down to eat. 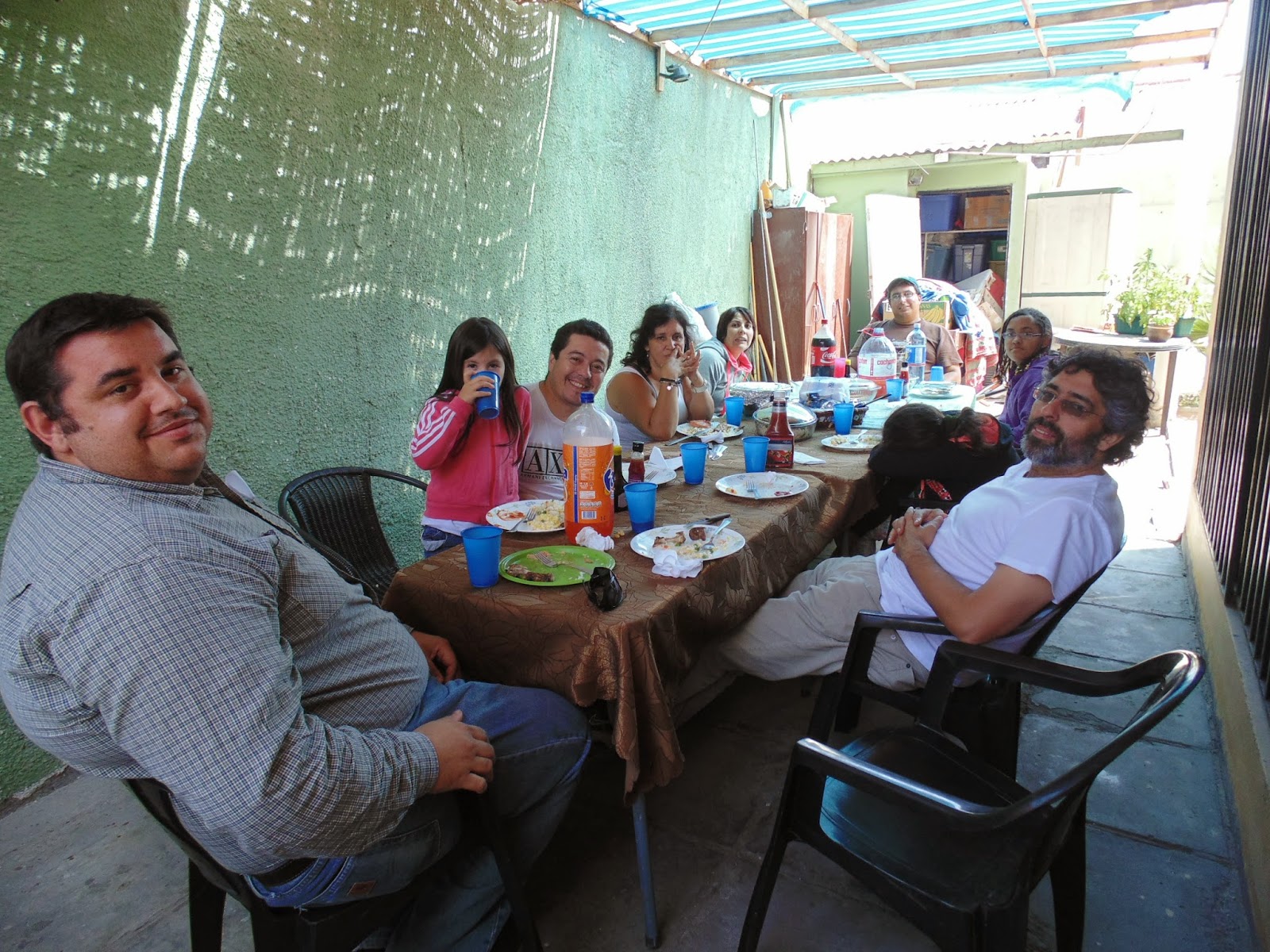 And eat, we did. With no electricity and food quickly defrosting, our grill was laden with chicken, steak, sausages, hamburgers, and hotdogs. One day our neighbor prepared a delicious salmon from her hometown of Chiloe in southern Chile. Another day her Japanese friend joined us with her family and we enjoyed several unique delicacies. In a last-minute pinch one afternoon, our neighbor (who is a wonderful cook) whipped up noodles in a homemade red sauce to the children's delight, and a wonderful eggplant lasagna for the adults. The high caliber of our meals seemed quite humorous in contrast to our plight! 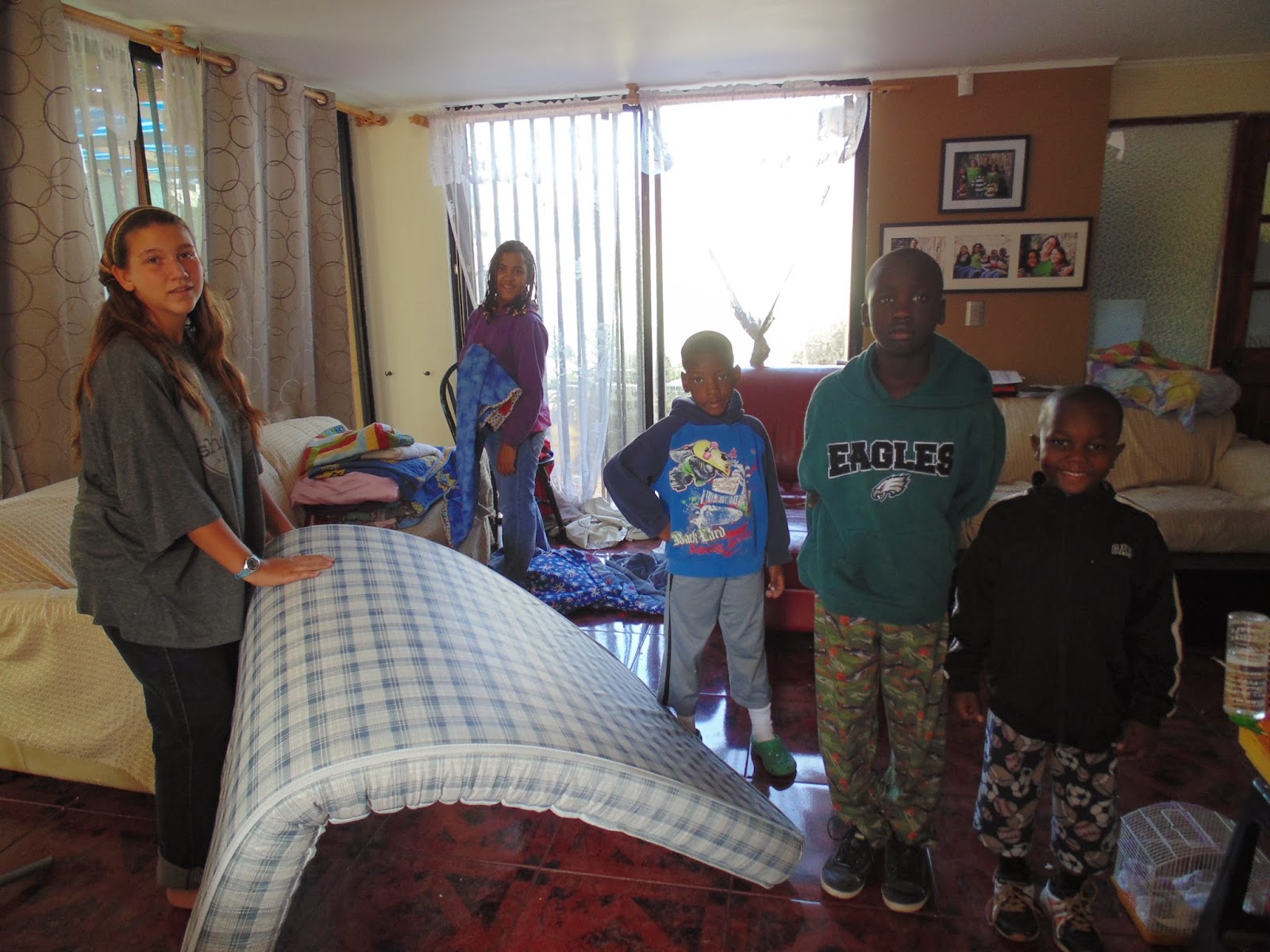 On Wednesday night, twenty-four hours after the earthquake, Pedro and four kids took to the second-floor bedrooms while one daughter and I bedded down in the living room. Aftershocks were frequent, but it was a 7.6-magnitude quake that jerked us from our slumber shortly before midnight. Our downstairs has eight sliding glass doors, six of which are covered by metal protective bars which rattle unnervingly when the earth shakes. My husband later told me this second quake was much more frightening to him than the first, because he felt responsible to rouse the kids and get them downstairs to safety. But they were so exhausted from the night before that even such a large event wouldn't wake them! Our daughter later told us that when Pedro pulled her up and commanded, "Get up! Get up!" she thought he was saying, "Did you read the book?! Did you read the book?!" We got a good laugh over that later. 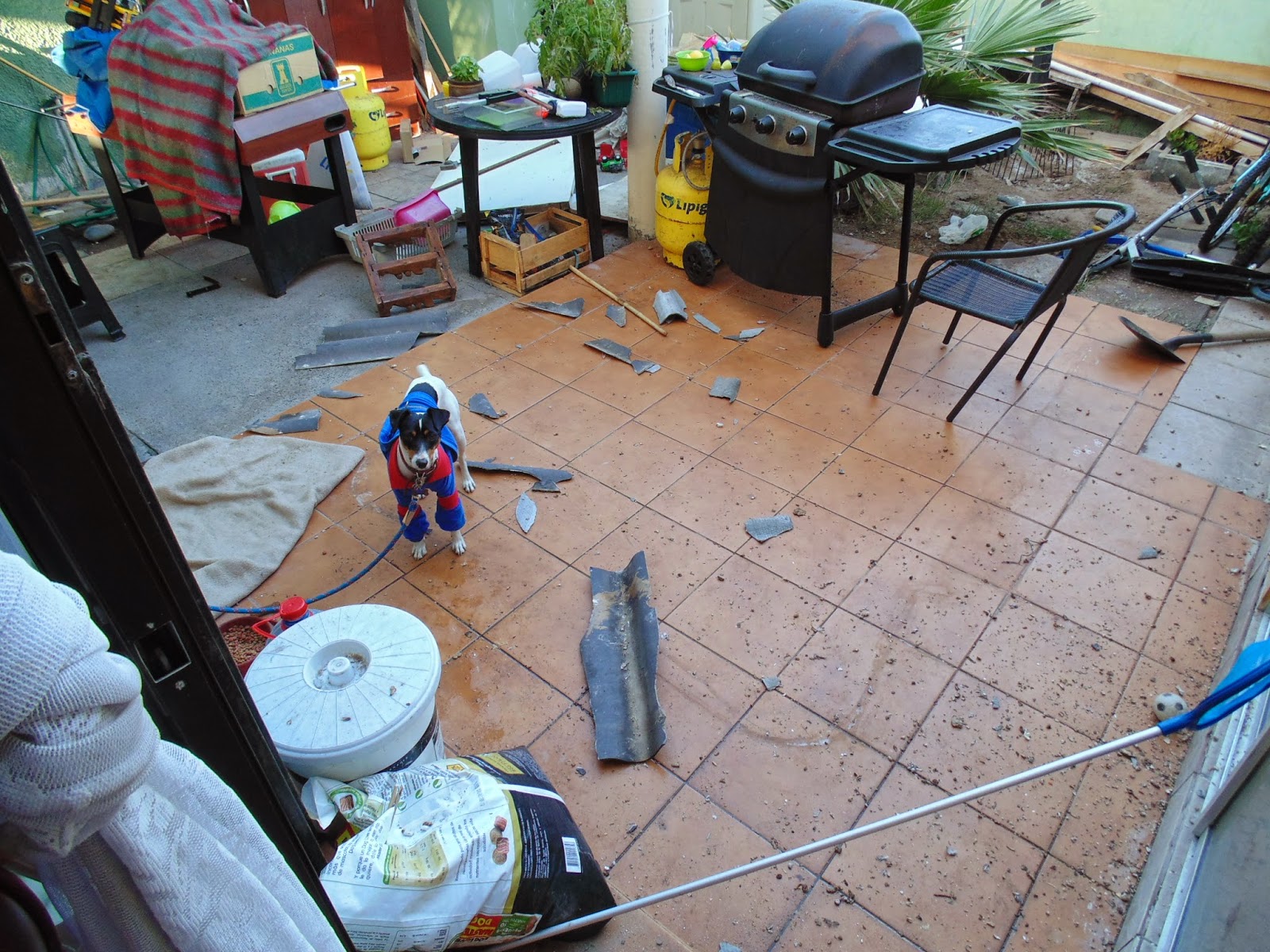 The tsunami alarms wailed again and again we rounded up blankets and flashlights and tucked the kids quickly into cars. Solange and her children joined us, this time accompanied by her husband who had made it home from his job at the mine. We were all so tired that we could hardly make conversation. Thankfully, the alert was called off two hours later and a part of the night was salvaged for sleep. 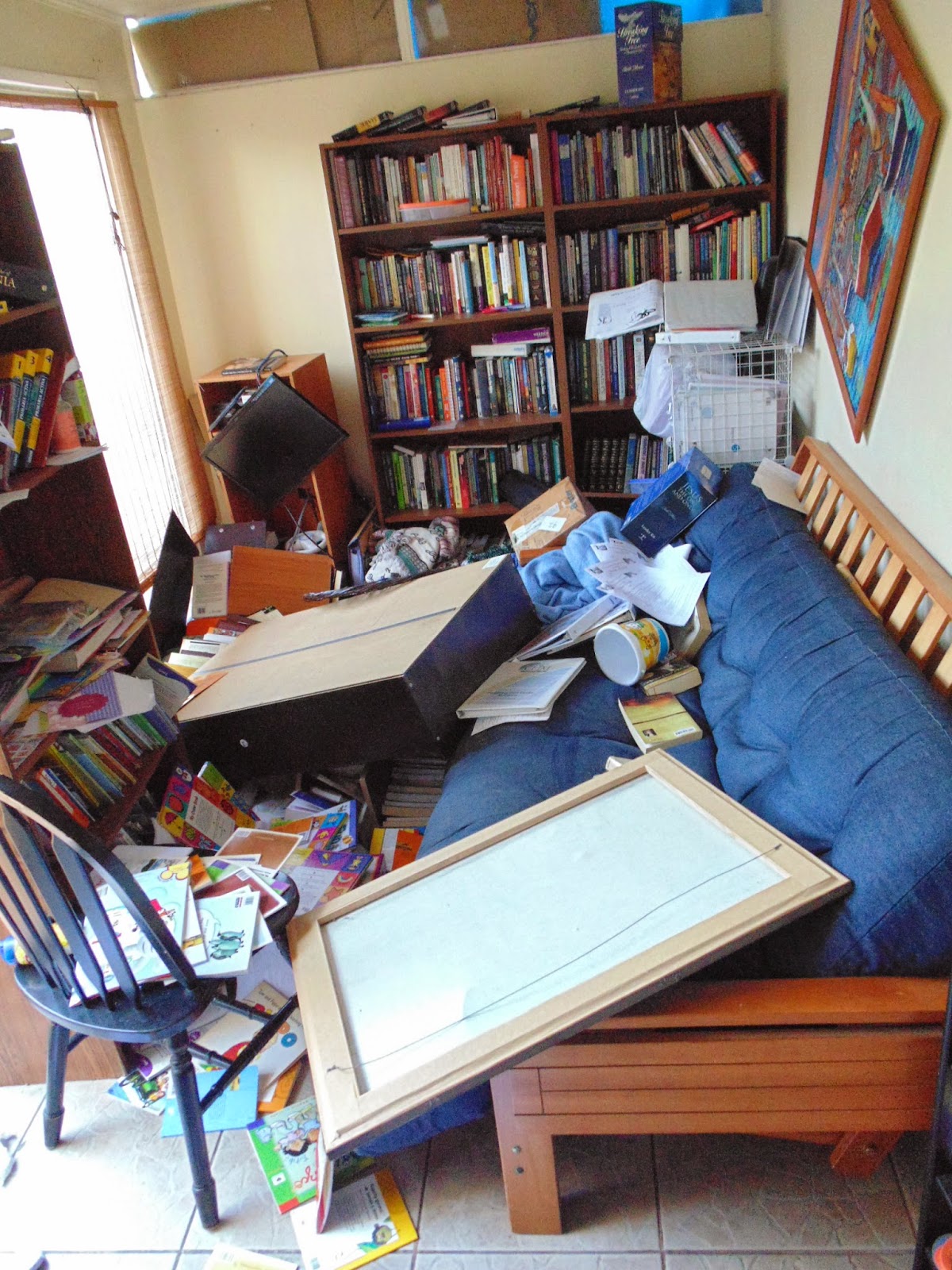 The next morning, our neighbors' children lamented that they had cleaned their rooms for nothing. Everything was again in disarray. While I had cleaned up the original mess in my kitchen (mostly involving a broken coffee pot, French press, and five kilos of sugar) there were other rooms I had simply looked at and left alone simply because I felt overwhelmed. For that lack of ambition I now felt some measure of satisfaction. But it was back to the drawing board for everyone.

Time starts to blur a little as I try to recall details. We tried to touch base via cell phone with several people. On Tuesday night just after the big earthquake, I had reached my sister in Santiago via cell and let her know our situation. She was our personal news reporter via Facebook from that point on (thanks, sis!) Wednesday we discovered the church had internet and we called our parents via Skype so they could hear our voices and know we were okay. By Thursday we had seen several more people from church, and that evening Pedro and four of the kids made it to church for prayer meeting with a small group of believers.

Thursday night was also the night of a lot of tension in the air. The military had evacuated their families, and someone started the rumor that they had prior knowledge of  a "mega-earthquake" to come during the night hours. It was a strange dichotomy to have so many families at home together in almost a festive-like setting, yet to hear the heavy silence of waiting and watchfulness in the air.

Praying for your family.

Glad to see your reports. I have wondered and wondered how your family survived and relieved to hear you are all OK. Sounds like you lived thru a scary, stressful time. I have checked your blog every day waiting to hear...