Mountains Fall Down and the Seas Will Roar

"Shout to the Lord" is a familiar worship chorus which in English says, "Mountains bow down and the seas will roar at the sound of Your name." In Spanish, one small word is changed - instead of "bow" the chorus says "fall." We sang these lyrics today as the Iglesia Bautista Misionera gathered on Playa Huayquique for our annual baptism service. Little did we know that before the day had ended, we would experience both of these expressions of creation's power and praise to our majestic God! 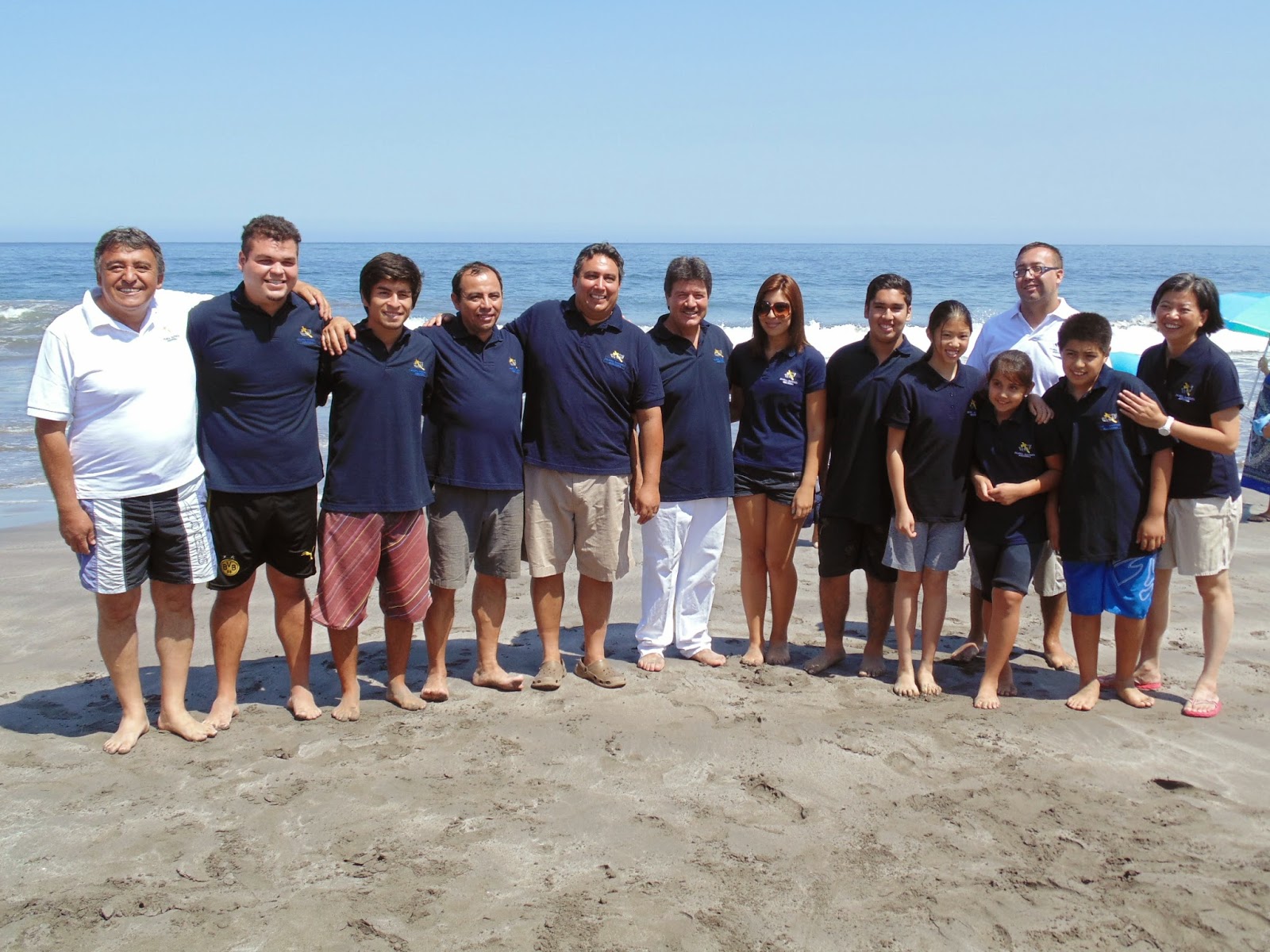 This year, we changed location for the baptismal service in hopes of being able to hear better during the devotional portion of the meeting (because the seas certainly do "roar" in Iquique!) Half a dozen sunshades were lined up to provide maximum protection from the desert sun, and a comfortable place to later share lunch and fellowship together. It was a beautiful day to celebrate this special step in the lives of eight new believers. 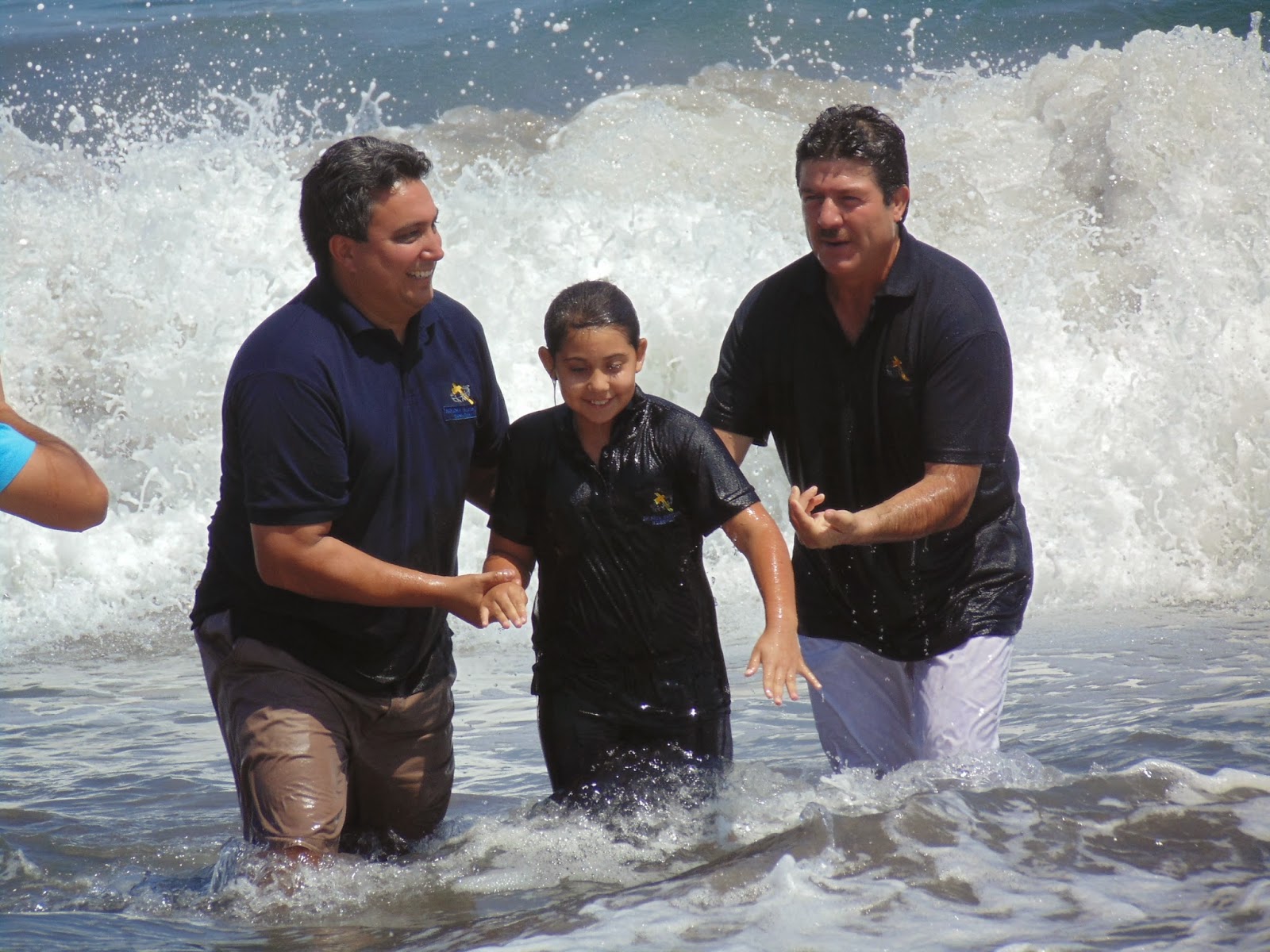 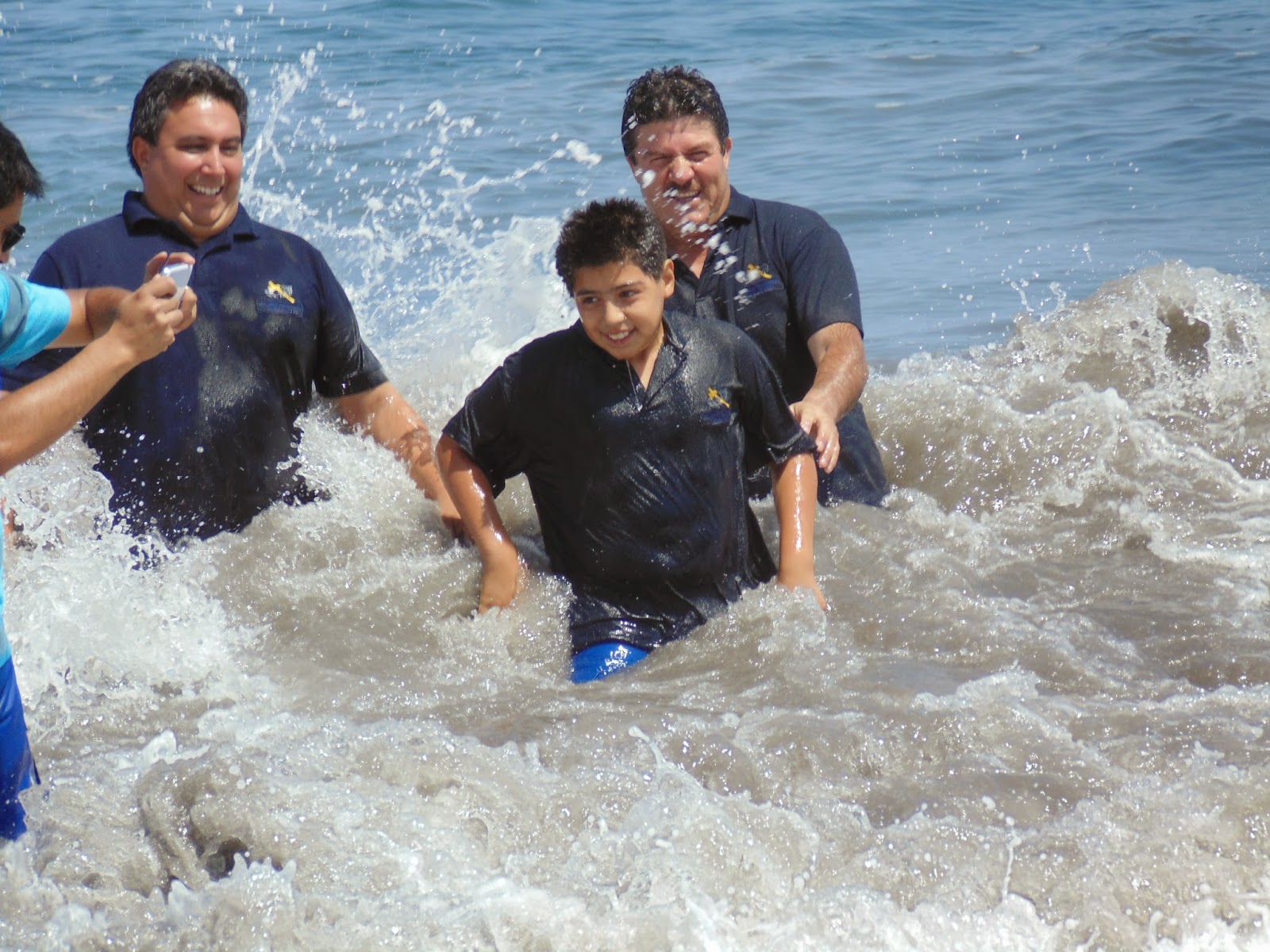 There were some family connections within the group of baptismal candidates. Christopher and Sofia (pictured above) are a young brother and sister who have been attending our church this past year. Their parents are committed Christians and very involved in different ministries. Tiffany and Cristina (pictured below) are a daughter and mother who faithfully attend despite the challenge of being a family which is divided by religion. 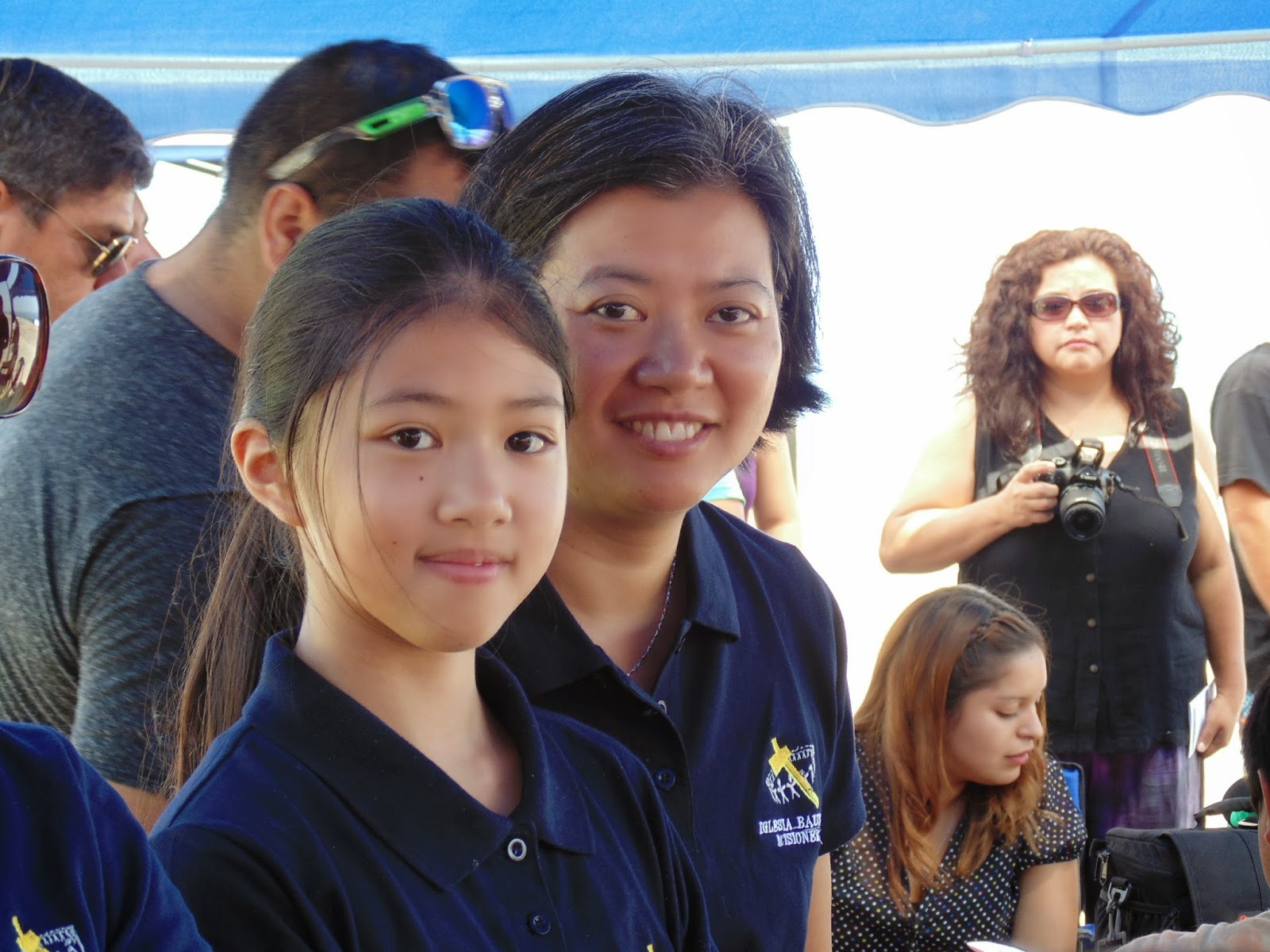 One of the young men who was baptized today was cause for long-awaited celebration. Alexis (pictured below) received Christ several years ago but his parents would not allow him to be baptized until after his 18th birthday (which took place last year.) Recently, not only did he receive his parents' permission for baptism but he has also been given their blessing to study the Bible for one year in Santiago.  Since Alexis is the first member of his family to potentially obtain a higher education, it was a answer to prayer for his father to allow him to delay his college studies for this purpose. 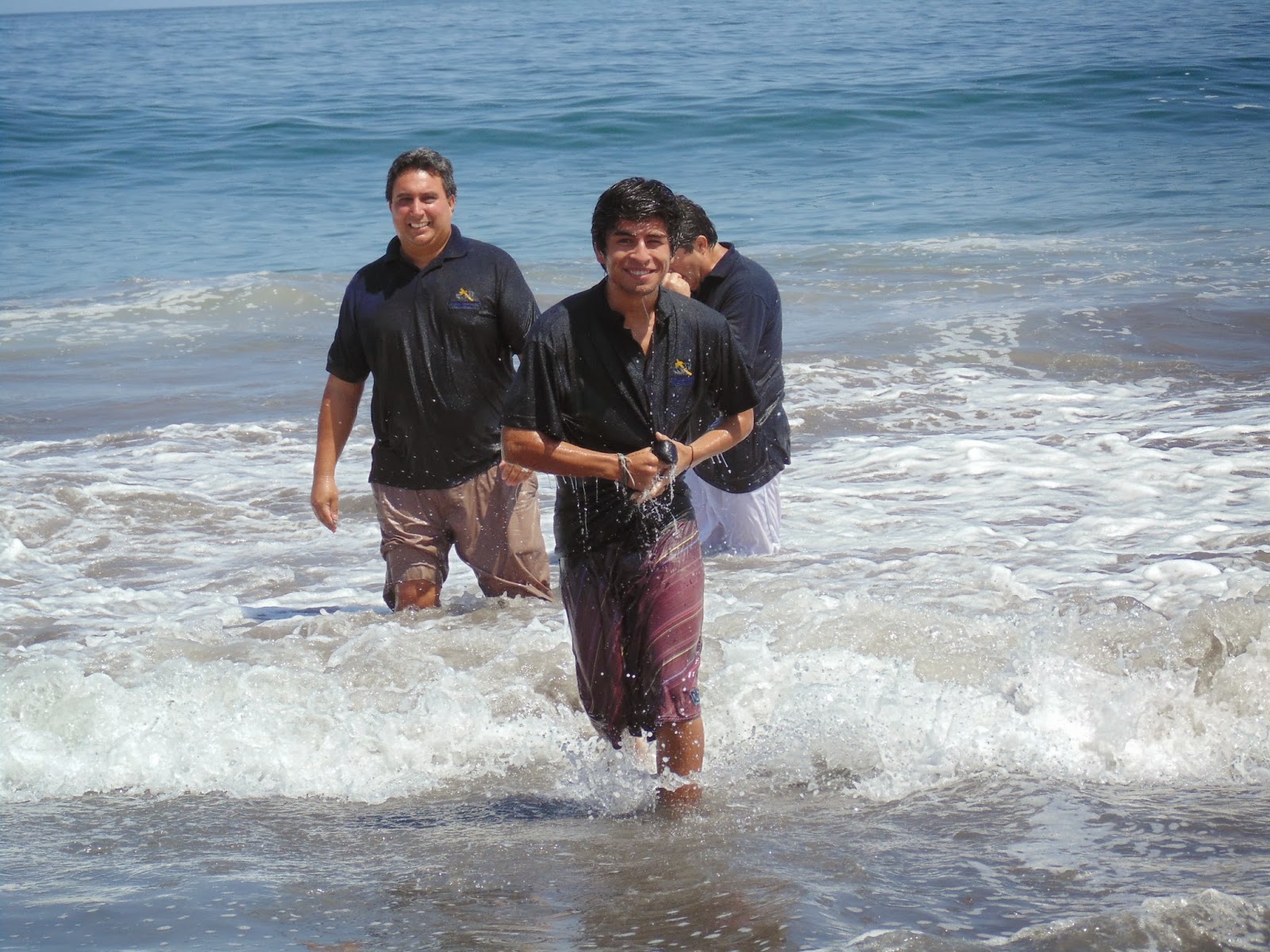 Following the baptisms, most people stayed to enjoy the warm weather and the company of one another. From sandwiches to a grill full of sizzling meat, each family brought lunch and everyone gathered in small groups to eat together. Meanwhile, the children were quite happy to be finally free to roam, splash, and play! I'm sure they enjoyed the sand and surf most of all. 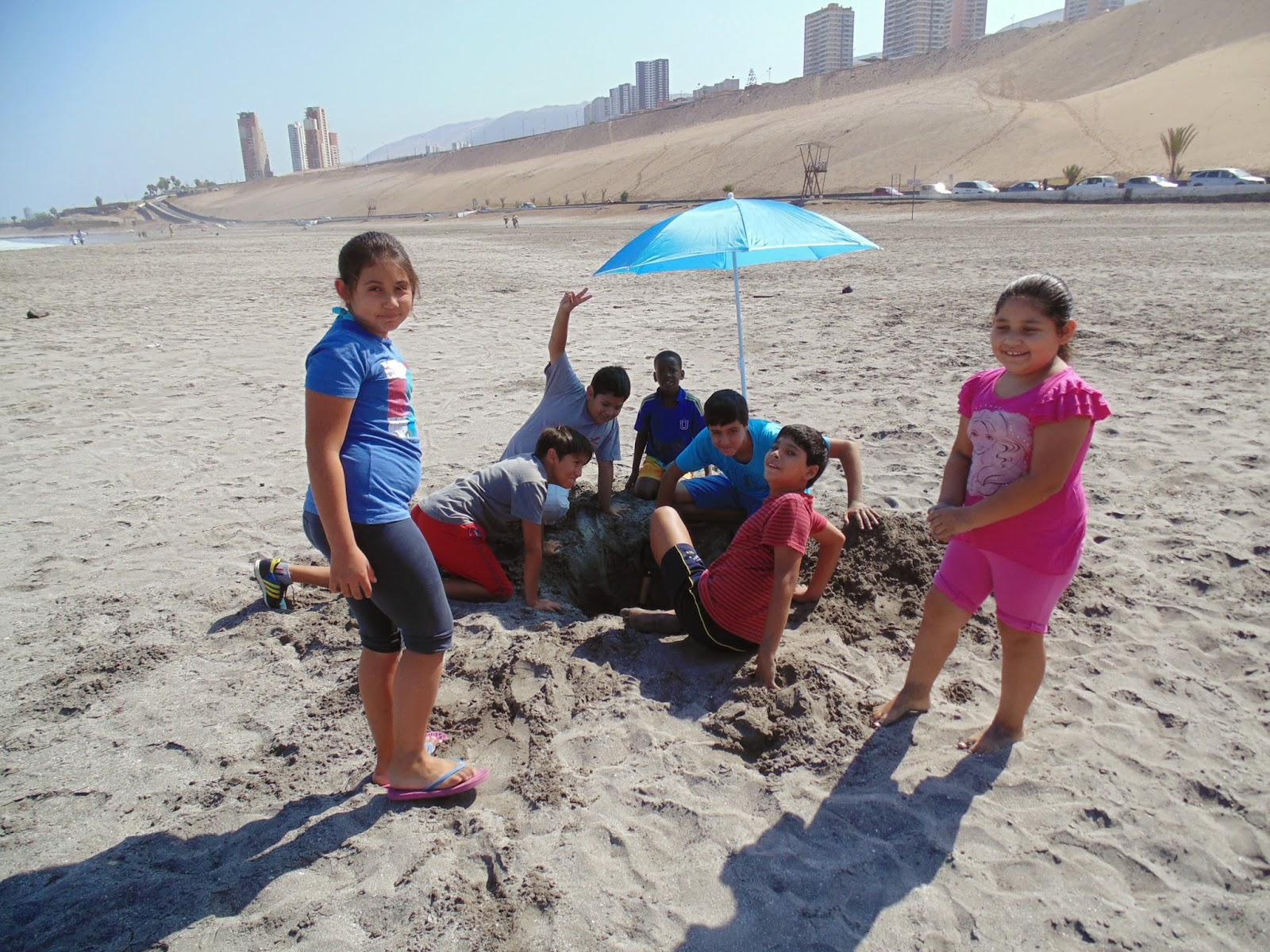 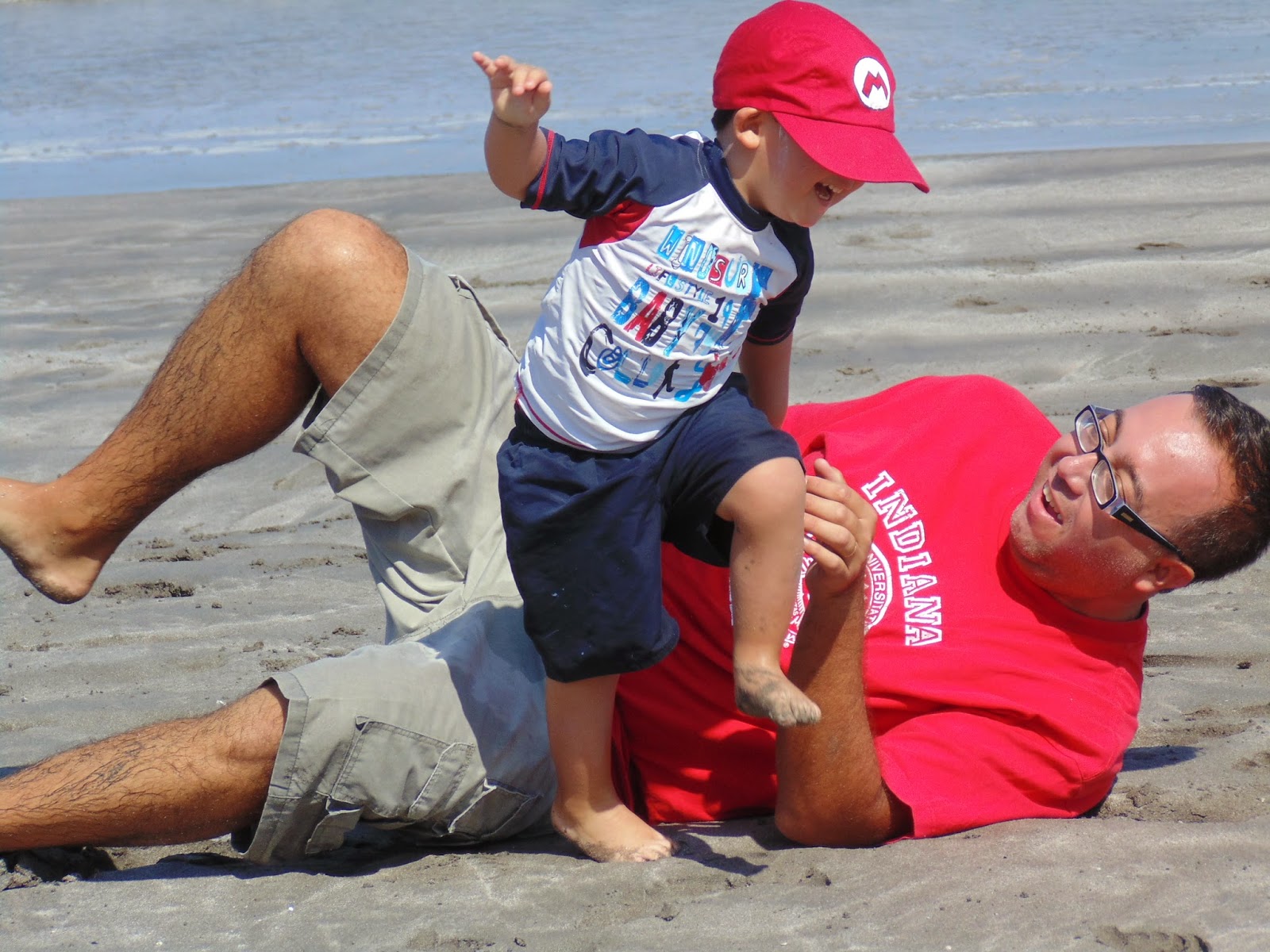 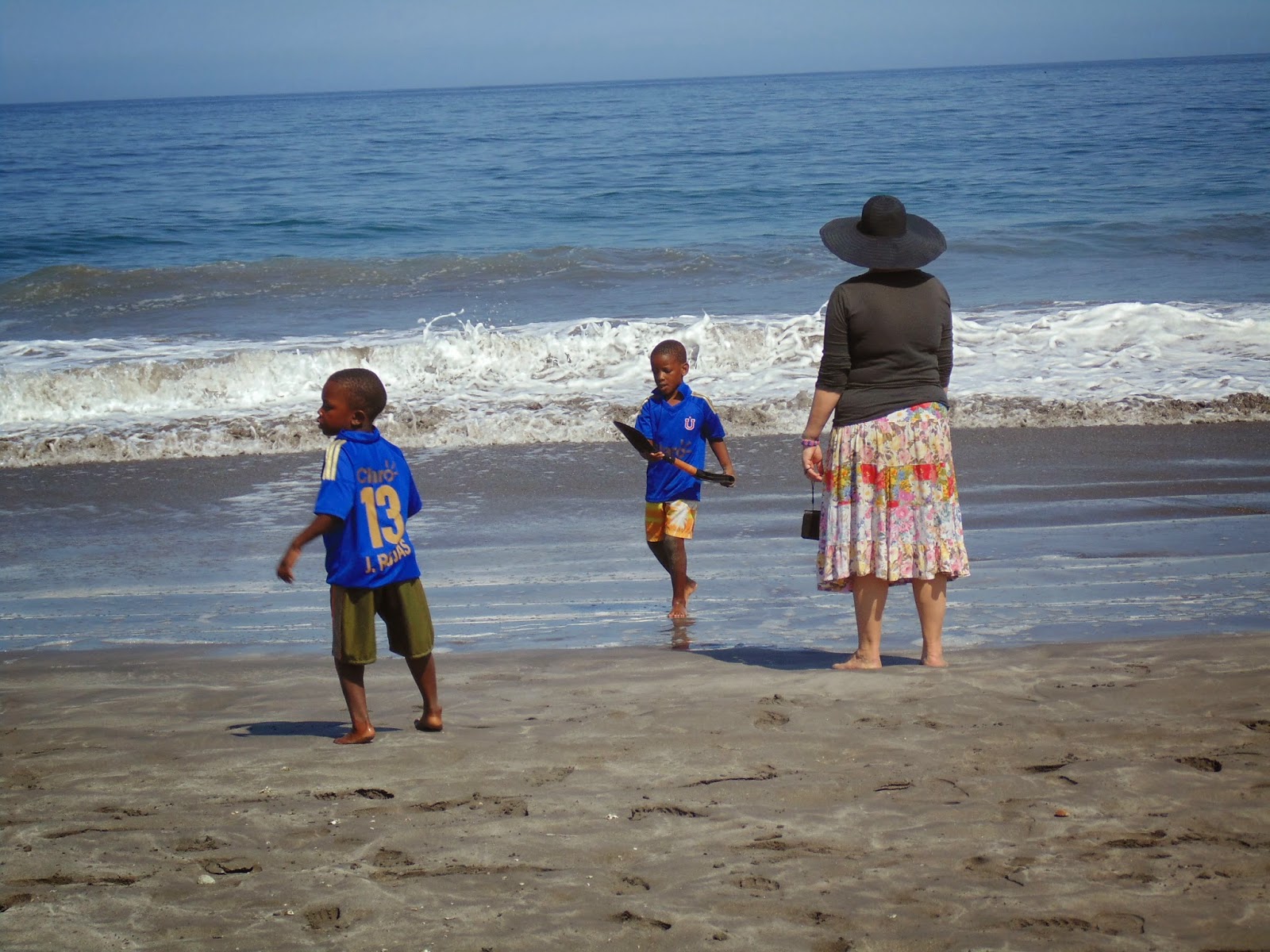 Our daughter Eva invited her friend Maria Isabel (nicknamed "Meme") to join us today. The girls were classmates for several years and we are happy that Meme lives directly in front of church so that she and Eva can continue their friendship. Both started 7th grade this month, which qualified them for youth group! We look forward to seeing them grow not only in friendship but in maturity and faith during this new season of their lives. 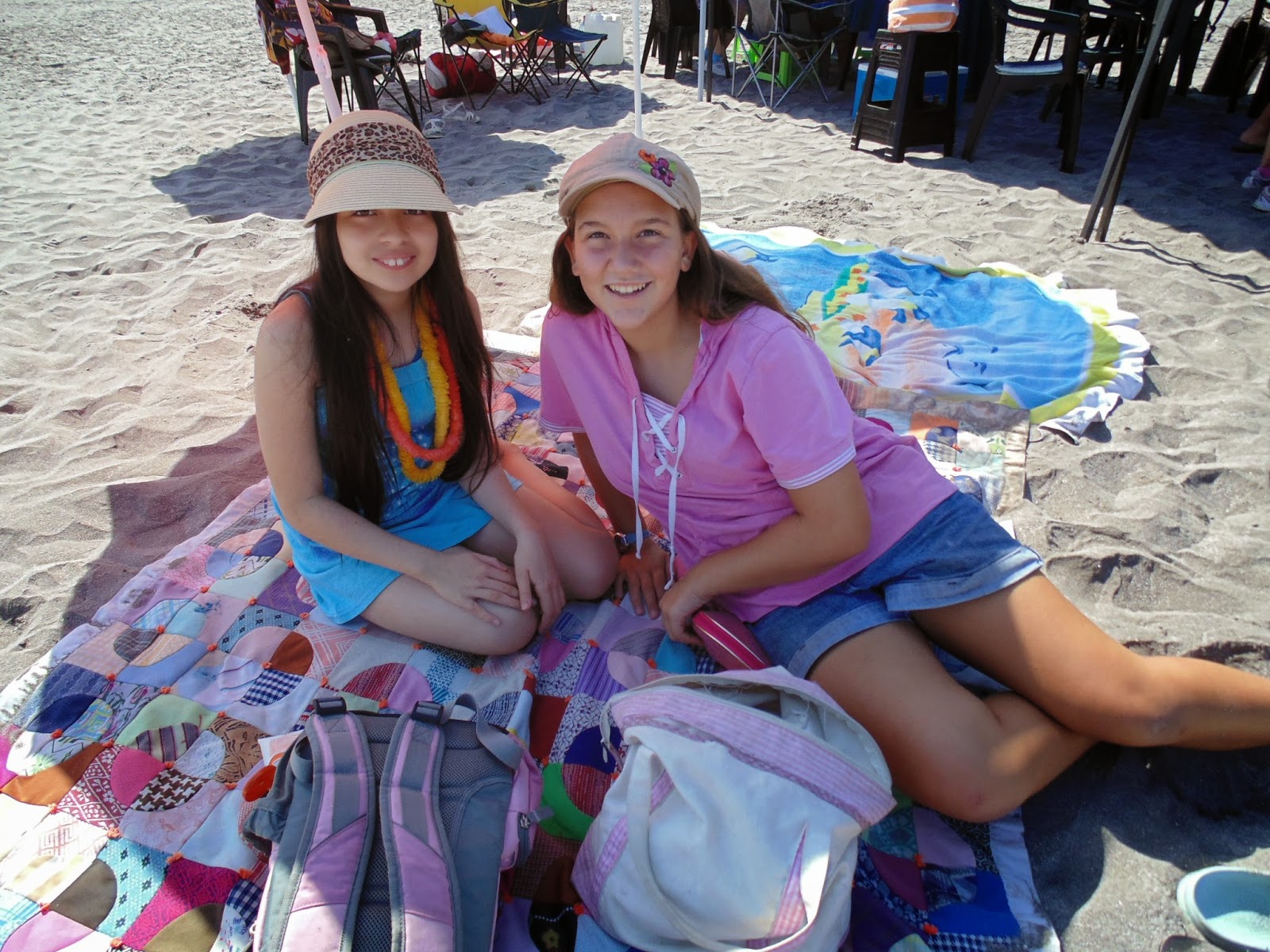 Meanwhile Owen enjoyed the company of his newest friends from Australia, and Alec was quite content to believe himself a peer of the youth group as they kindly included him in their conversations and laughter. Ian stayed busy digging in the sand or hitting the waves. Isabel, our newest book-lover, ensconced herself in the pages of a Nancy Drew mystery when she was not in the water or catching up with friends. At one point she was in good company with Antonio who was also engrossed in his reading, and I couldn't help but snap a picture of the two deep in the pages of their respective books. 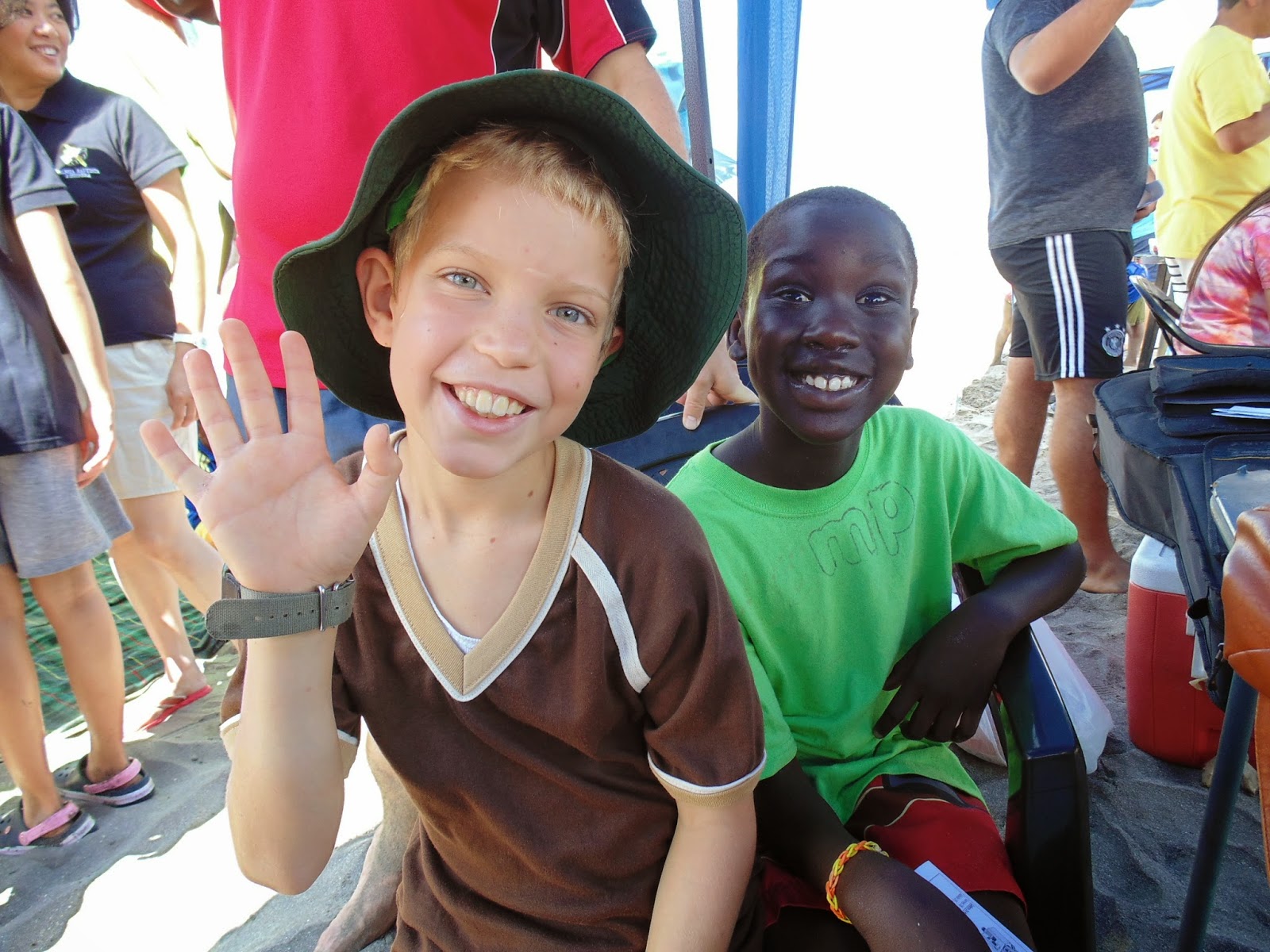 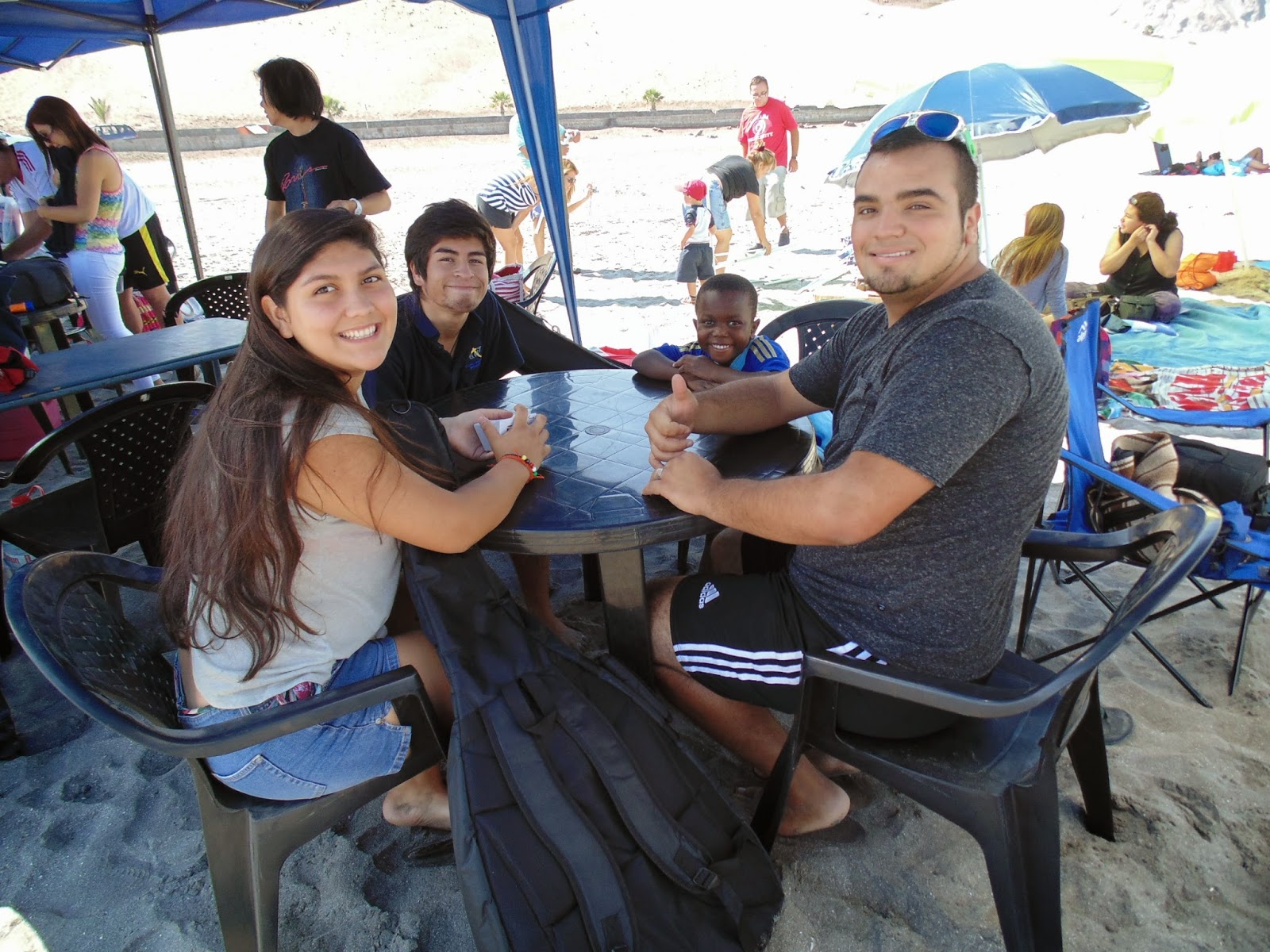 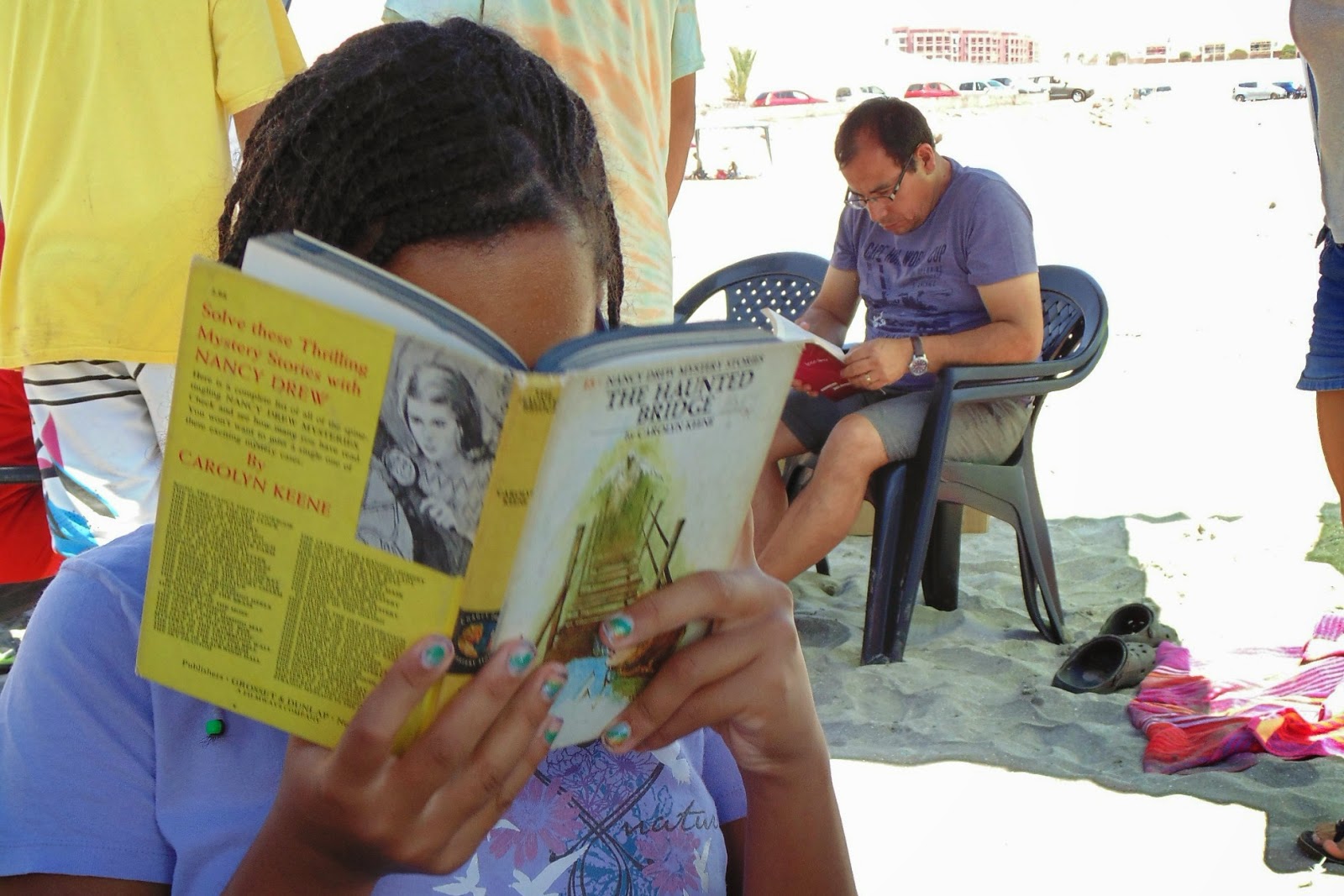 When the 6.7-magnitude earthquake hit at 6:16 p.m., four of the five kids and I were already home cleaning up from our full day. Isabel and Pedro had just finished loading up some things in the car, and a group of teens and some adults from church still remained on the beach. As if the shaking weren't enough, shortly after began the piercing wail of the tsunami siren. Its accompanying voice over a loudspeaker bellowed, "Tsunami alert! Tsunami alert! Leave your homes and proceed to the safe zones." Obediently, the group left personal items, tables, chairs, sunshades and evacuated immediately. Pedro said as they looked around they could observe puffs of dust where several small landslides occurred ("mountains fall down!") 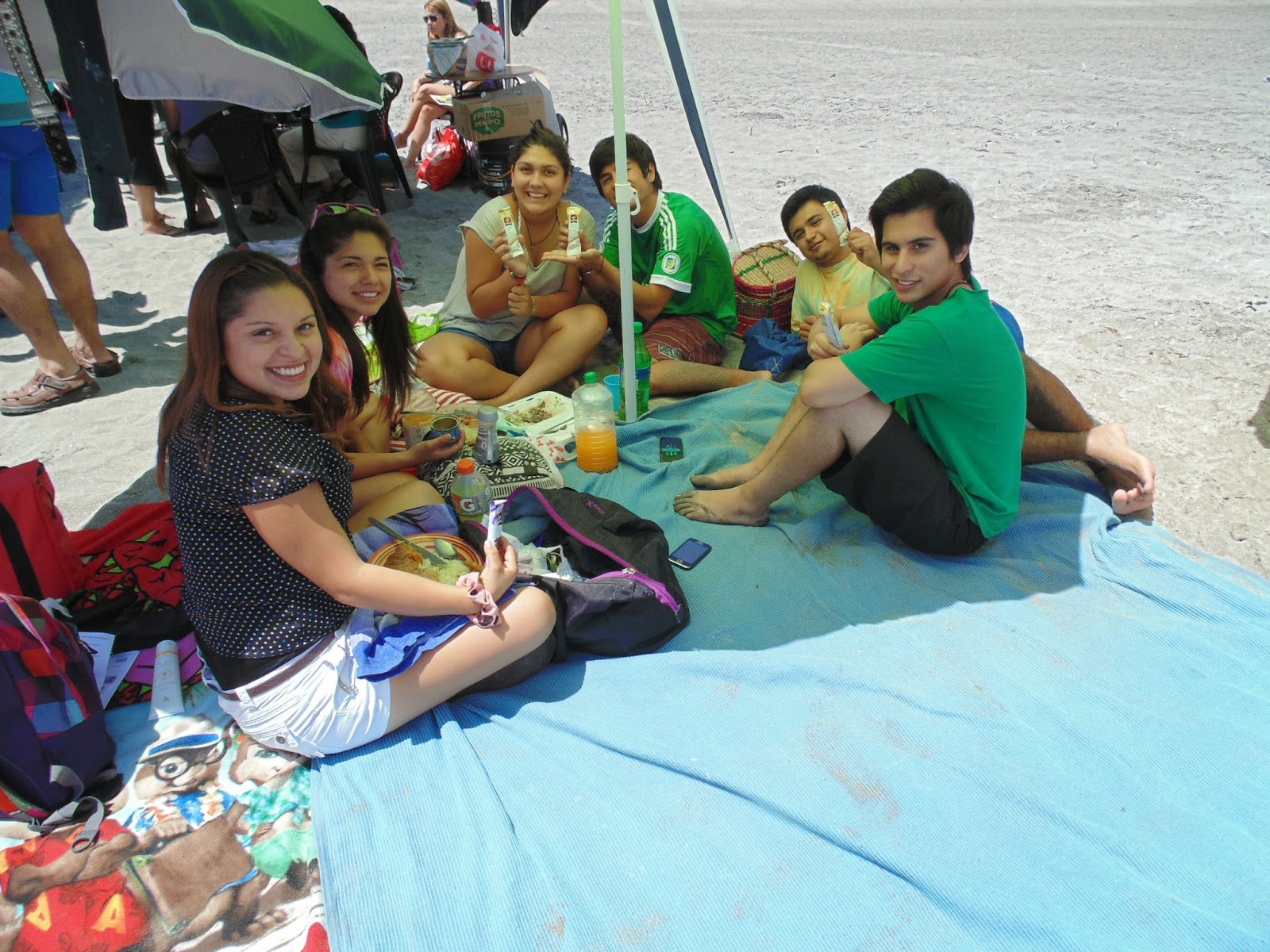 We were relieved when Pedro joined us at home while people continued to gather at designated safe zones across the city. One of these zones is directly in front of our house, just a few steps up a dirt hill that is the dusty view from our front windows. Eva quickly had her hamster in its travel cage and our dog on its leash and was waiting eagerly at the front door, urging us to join the crowd. To her dismay, we insisted that such a short distance from the house wouldn't make us any safer than staying in our own living room. Ian, too, was unnerved by all the commotion. Usually none of our children worry too much about tremors but I think the tsunami siren and the activity outside were a bit too much this time! 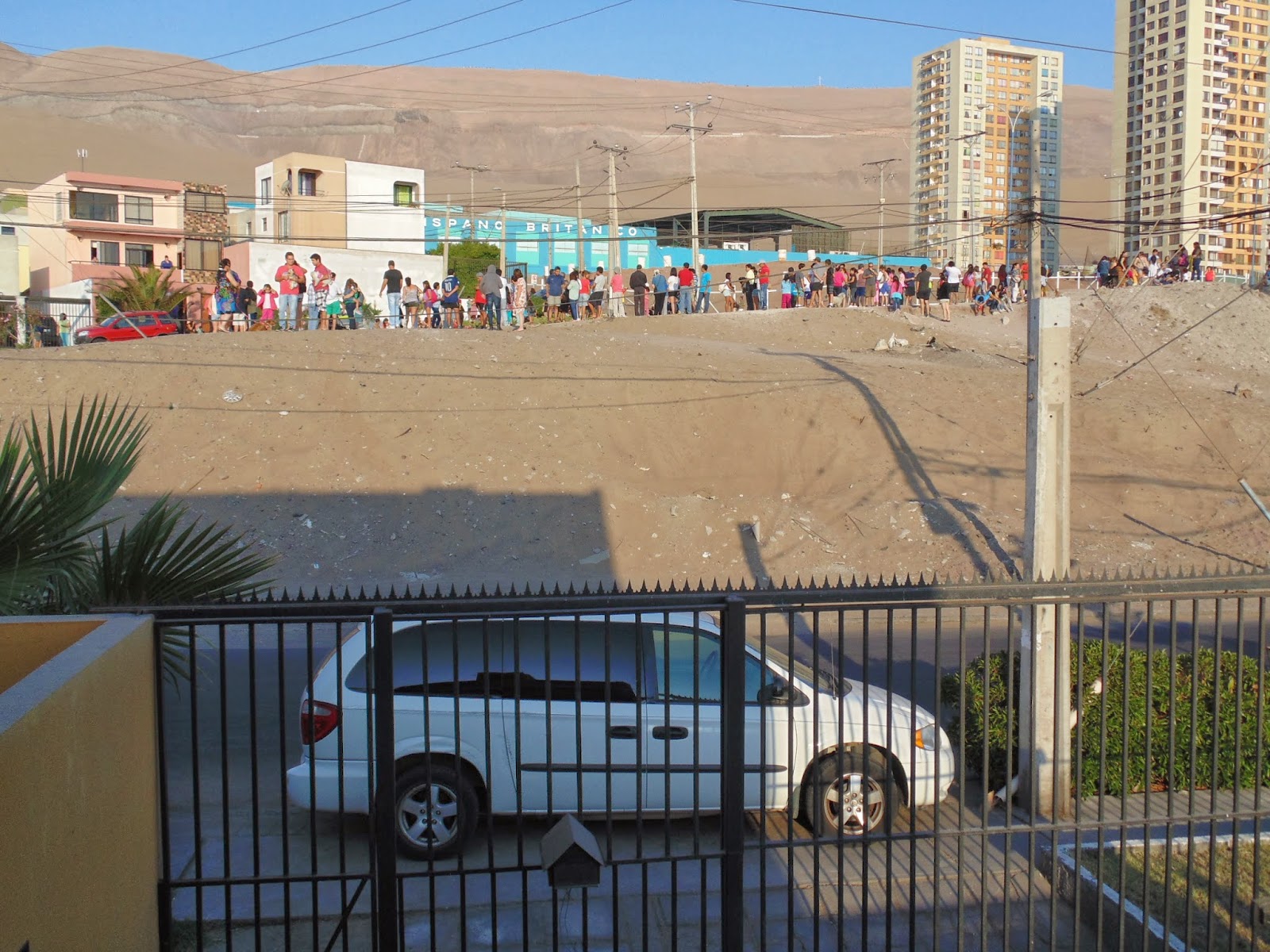 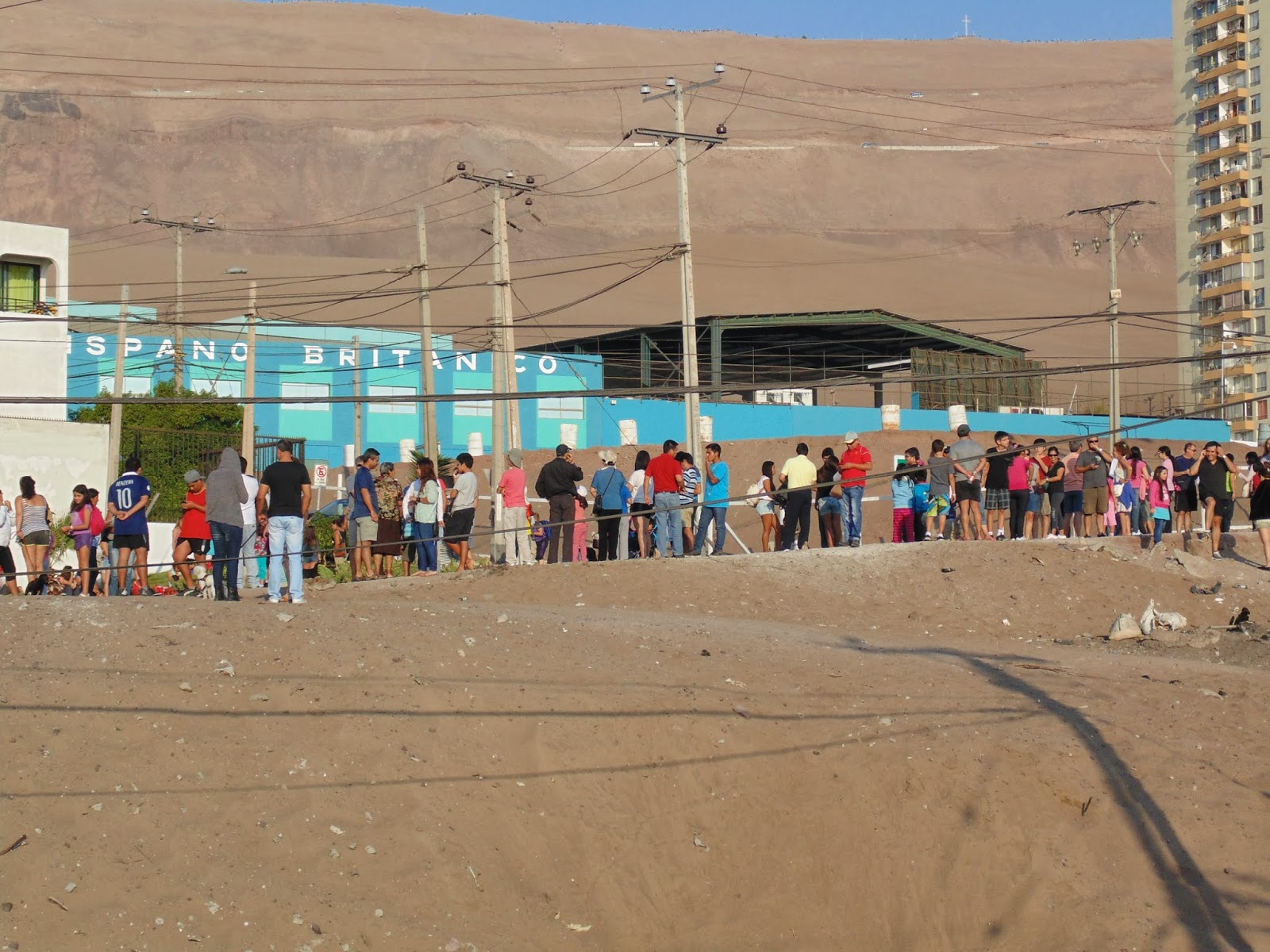 Throughout the night, according to online sources, there were over 50 minor replicas. One or two of these prompted us and the kids out of bed, which made for a fitful night's rest! However, we are simply thankful for God's protection in this earthquake-prone nation and for the fact that our family was quickly all together when everything occurred. Part of living in Iquique means developing an unconscious assessment of what places are safest, and until this year all of our children attended schools above the tsunami line and within walking distance of our house if necessary. That is no longer the case with Owen's new school and it would have been frightening to be separated from him. (Because we were not yet informed as to his school's evacuation route, we chose to keep him home Monday morning until we obtained that information and could be better prepared.) 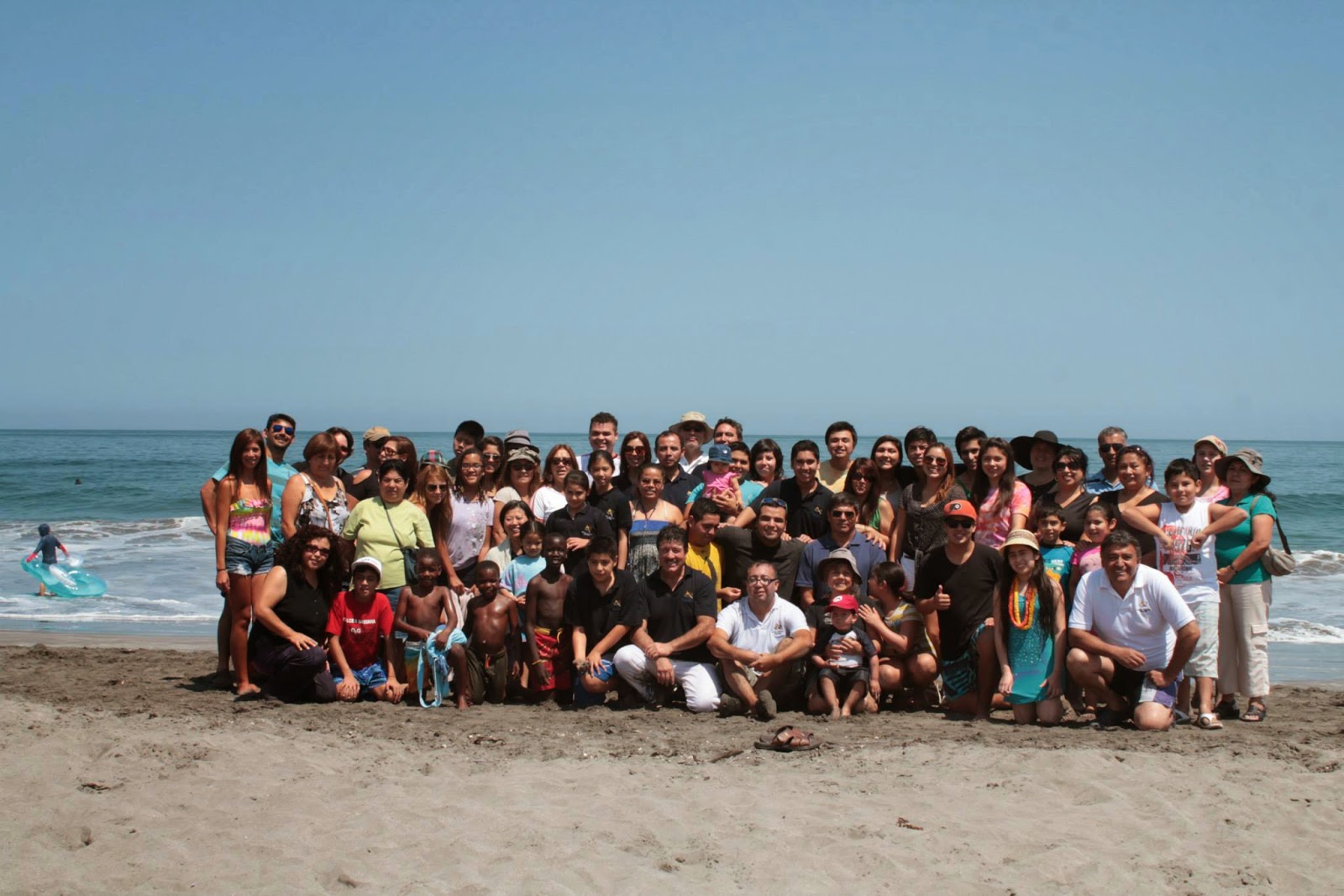 Certainly this will go down in our church's history as the most memorable baptismal day ever, yet despite all the excitement we were very blessed and encouraged. We thank God for the lives of Sofia, Christopher, Tiffany, Cristina, Alexis, Victor, Caroline, and Nicolas and pray that each one will continue to listen to His voice in obedience and follow Him faithfully!
at 11:57 AM
Email ThisBlogThis!Share to TwitterShare to FacebookShare to Pinterest

We praise the Lord with you for His protection and for those who made this step of obedience to Christ in proclaiming that they are truly on the Lord's side and His own!

Just saw the news and the 8.2 earthquake, April 2. Praying for your sweet family's safety. Ya'll were the first that crossed my mind. Your kiddos are growing! I'll never forget your helpful spirit when I met you at the PaP airport in 2009 :)