Back to School: One Size Doesn't Fit All

When we were brand-new parents with kids still in diapers, our friends several steps ahead of us in the parenting journey shared this thought: "You don't have to commit to one educational choice for a lifetime. It's okay to decide year by year what is best for your kids." I am so thankful for that piece of advice which has kept us grounded through many changes in our family's life! 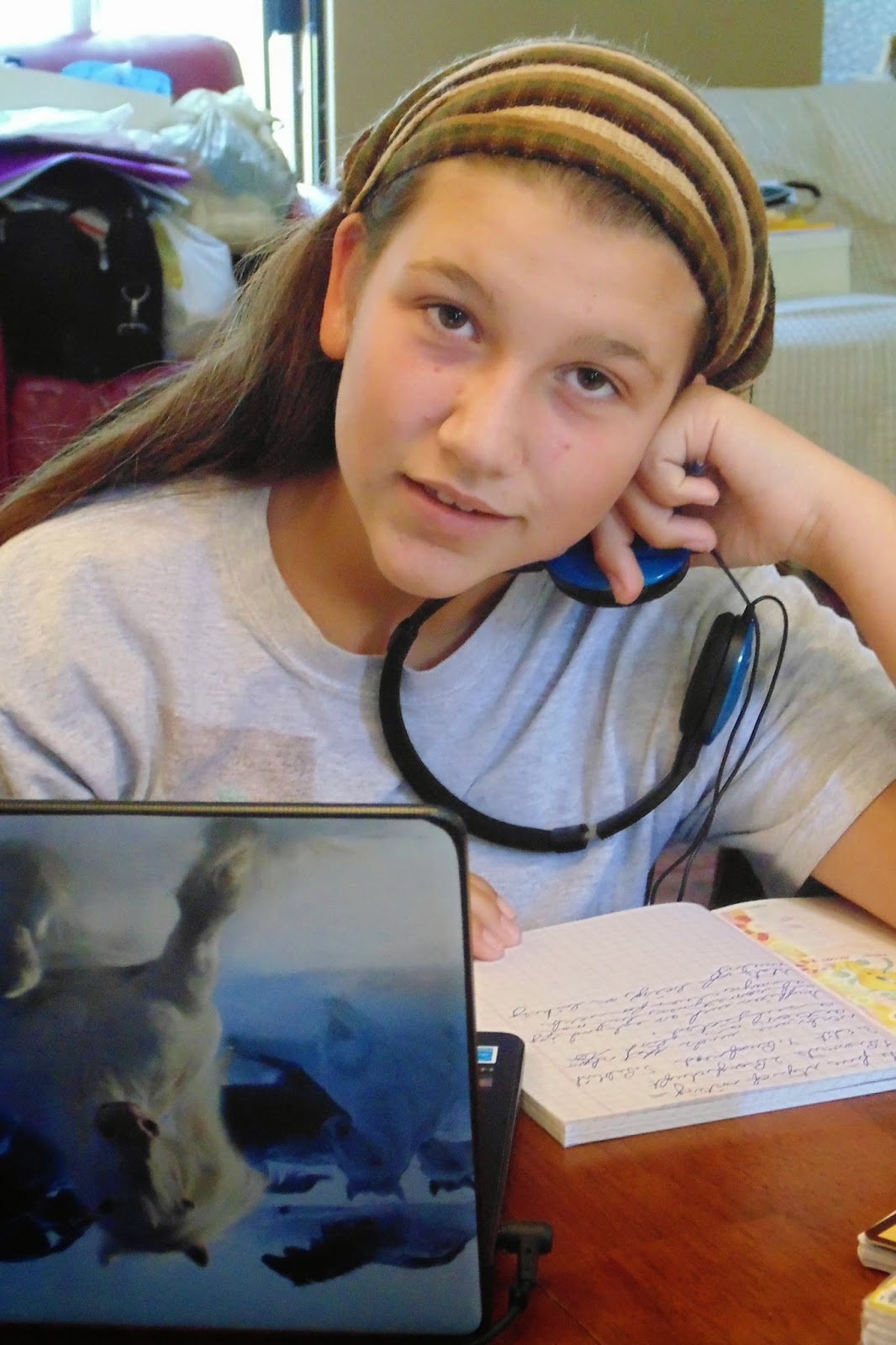 Eva, our oldest at thirteen and just starting 7th grade, is in her sixth educational setting. Isabel at twelve and entering 6th grade, has been in seven different environments. Owen, eight years old and starting 3rd grade, has had five unique schooling experiences. Ian and Alec, at five and six years old respectively and both entering Kindergarten, have "only" had two. I would be less than honest if I didn't admit to the occasional twinge of guilt or regret over these statistics, having had the privilege of attending one great school basically for my entire 1st-12th grade education (with the exception of two schools on separate furloughs.) 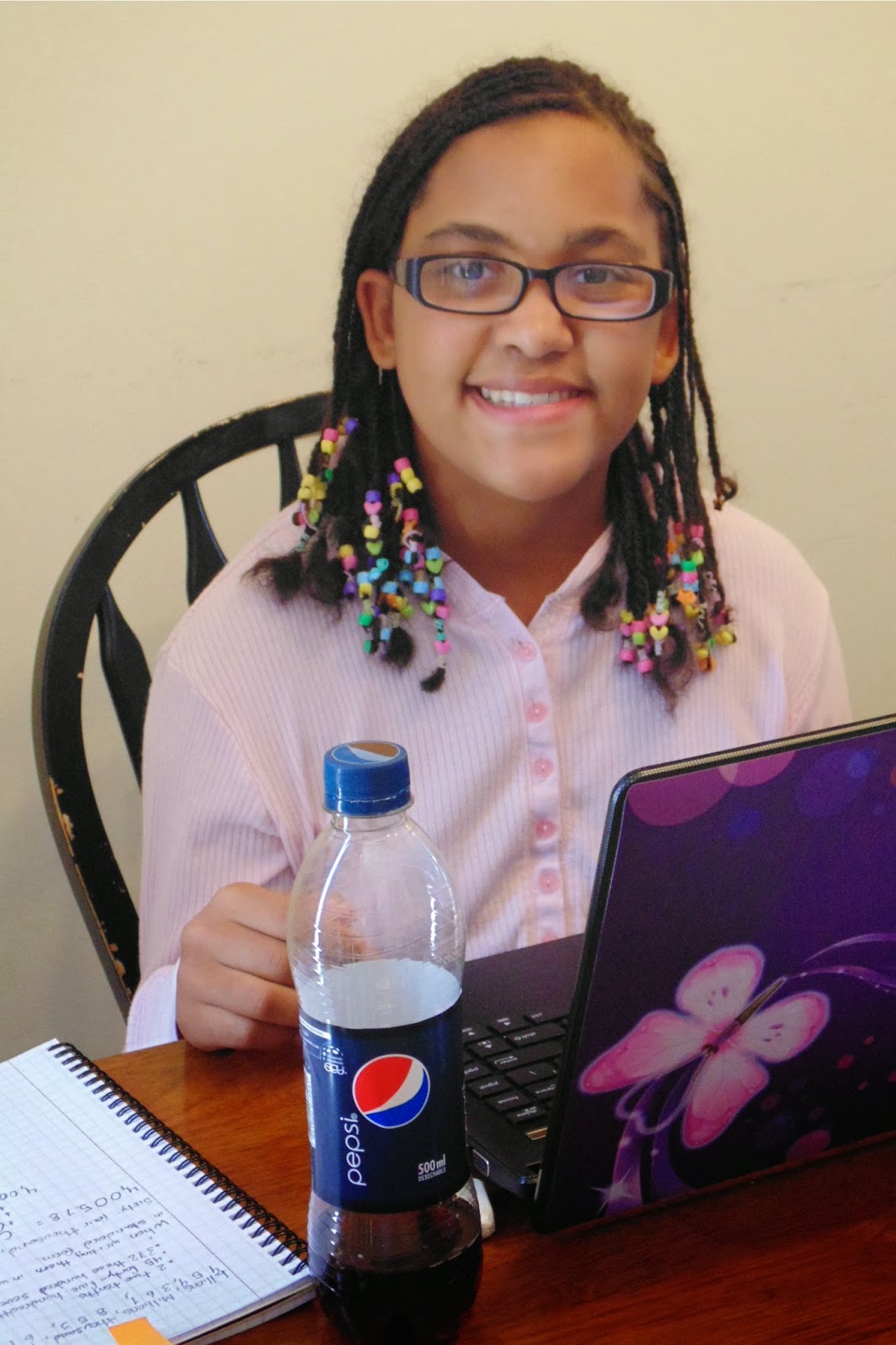 All that to say, this week was back-to-school week in the Garcia household. For us, that meant Ian and Alec each returned to his jardin for one final year (we'll have two Kindergarten graduations come December!) Owen started a brand-new Chilean school across town. At home on our dining room table, Eva and Isabel cracked open their books - actually, their laptops! - and began American schooling online. 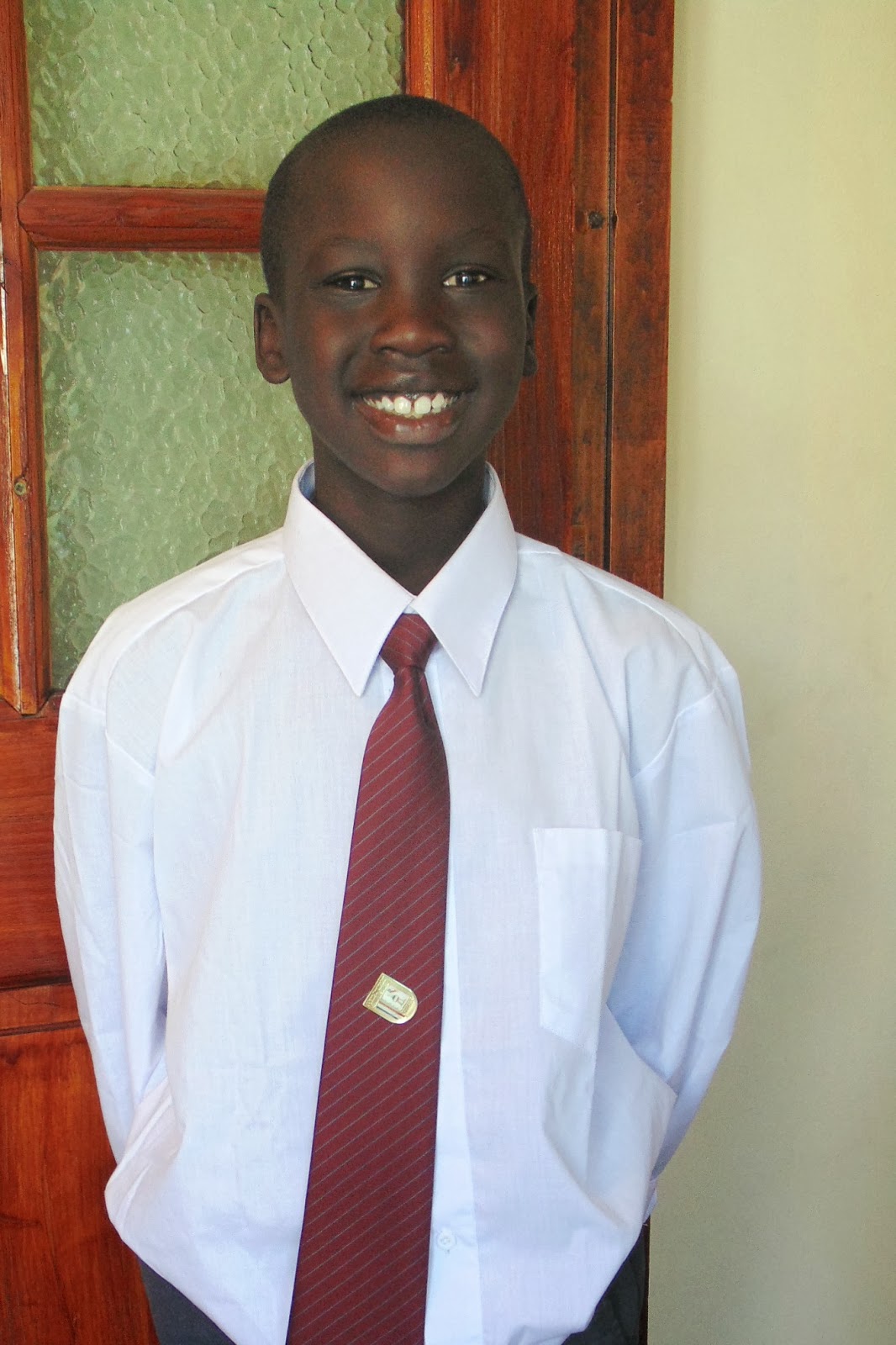 Our new schedule this year looks something like this: Pedro, Owen, Ian and Isabel pile into the car and depart at 7:25 AM in order to drop Owen off at 7:45. Then, Ian is dropped off around 8:00. This is a half hour before his school starts, but he joins a number of other kids who arrive early and he loves the extra play time! From there Pedro and Isabel head to the track and train with Owen's coach, three mornings a week. (During the summer, Pedro began accompanying Owen to the track and Isabel asked to join the fun for her physical education requirements this year.) Meanwhile, at home Eva tries to get a head start on her studies since as a "middle schooler" she carries the heavier load. And at 8:30, I walk Alec to his school just four blocks away. 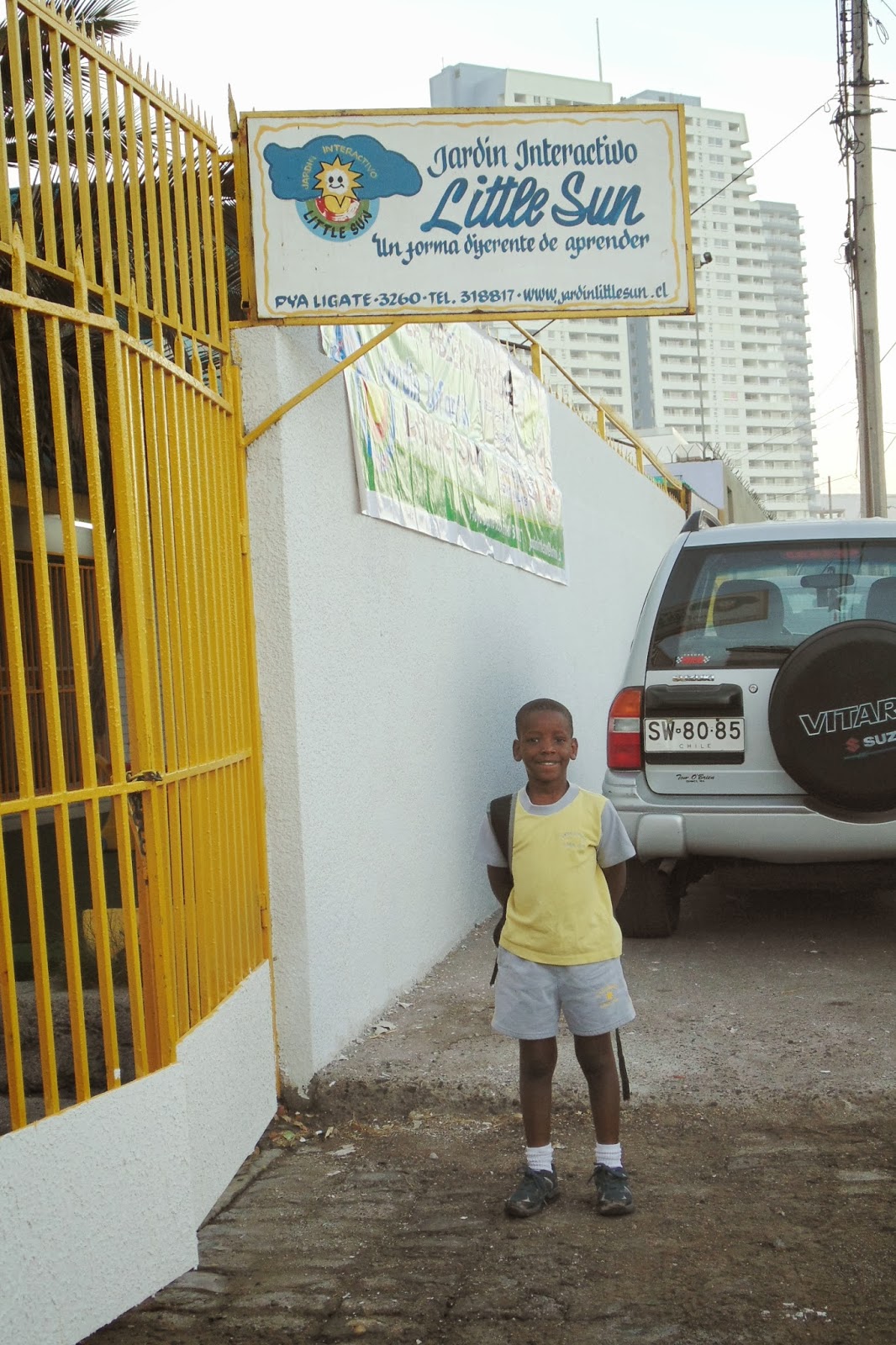 But on Wednesday, the official start day of this new school year, all seven of us piled into two cars and zigzagged our way to accompany Owen to his school. By far his drop off was the one making us all the most anxious (well, at least Mommy!) Whereas the little boys would be returning to familiar teachers and classmates, Owen would be facing an entirely unfamiliar location, administration and congregation of students. Two nights before school he expressed his nervousness. As he shared his worries, I could feel mine growing as well. When we pulled up in front of the school that first day, he let me hold his hand as I walked him to the crowded gate (but taking a picture was out of the question - too "embarrassing.") Owen even tried a last-ditch effort at bringing up homeschooling, so I knew he must be desperate! Thankfully, the first day was a short one and just four hours later he was home with a fairly positive assessment of his experiences - and by day two he was naming off his new friends. God is faithful. 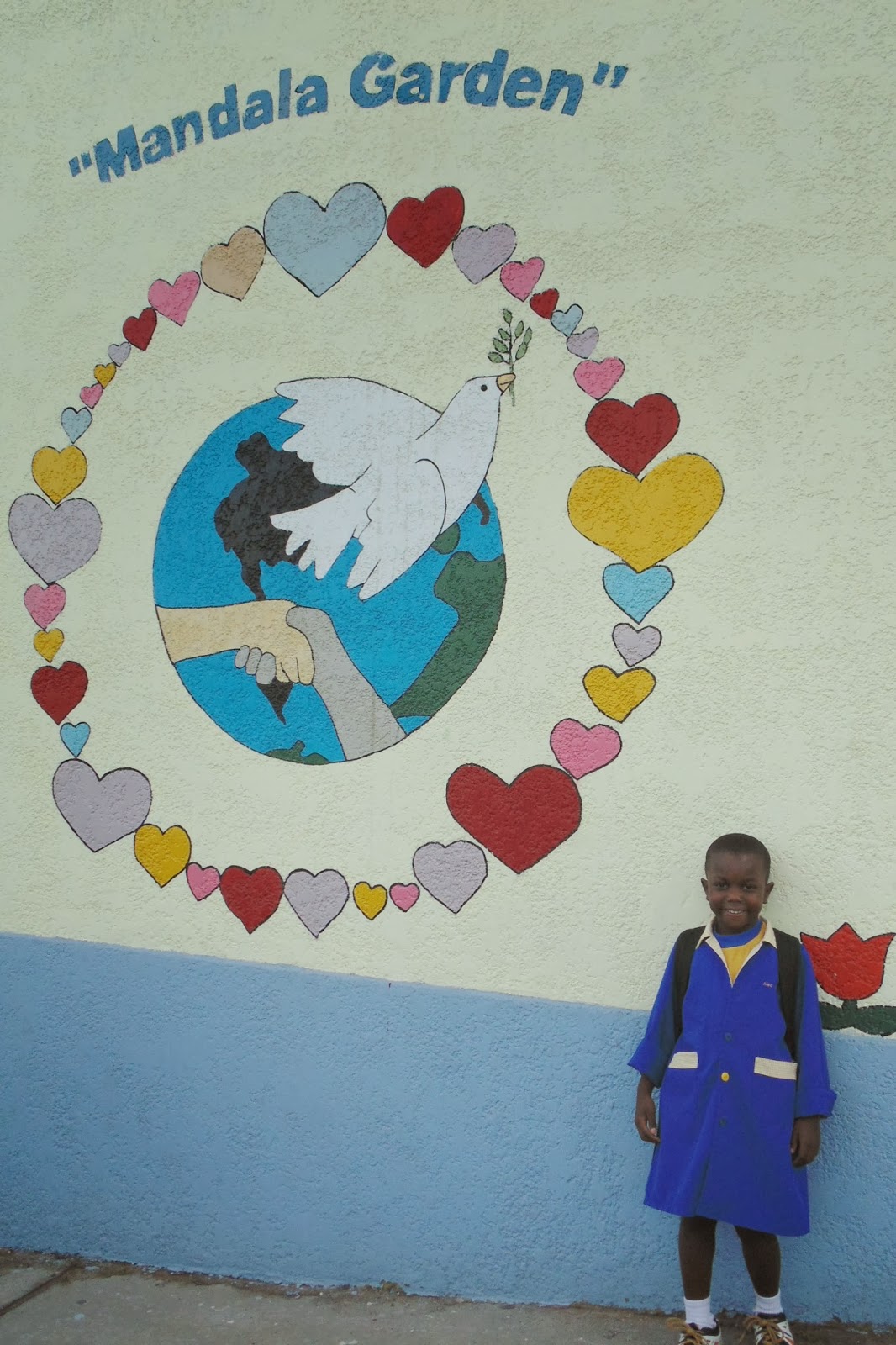 As for the rest of the family, Ian was his usual exuberantly excited self on that first day and made a grand entrance by breaking through the crowd of waiting parents and catapulting himself into the play area. His teacher later told me he spent the entire morning chattering up a storm with Antonia, one of his favorite playmates from last year. On the other hand, Alec was his usual serious and stoic public persona while greeting his teacher and classmates. He immediately headed to the shelf of classroom toys and promptly forgot about Mommy. Both little boys had a great first day.

For sure this new school year will hold many adventures. It is a learning and growing time for all of us, parents included! I am thankful for God's provision for the education of our children, and for His much-needed guidance in this and every area of our lives.
at 6:51 PM
Email ThisBlogThis!Share to TwitterShare to FacebookShare to Pinterest

Have a great beginning to this new school year!! We will be praying for all of you that it will be a positive year. All five look great in the pictures.

Praying for you guys. Great to hear the updates. Love, Uncle Jon, Aunt Kim and family