The "Littles" in December

From birthday parties to awards ceremonies to smiling with Santa Claus, December was a full month for everyone - but especially for the "littles" in our family. 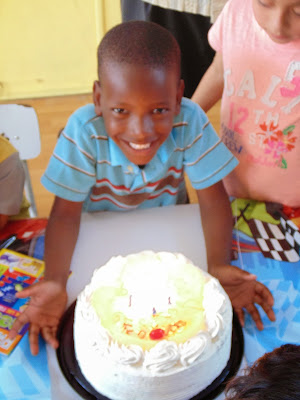 On December 9, Ian turned 6 years old with a birthday party at his pre-school. He was one very happy little boy! 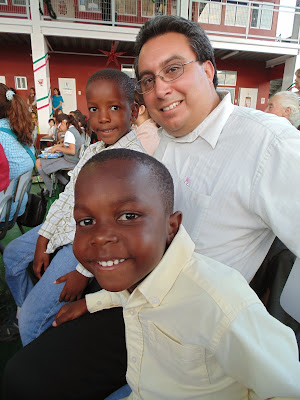 Ian and Alec accompanied their older siblings to an awards ceremony at their school in December. Despite the late hour and little to entertain them, they did a good job of lending support with their presence (and looking handsome while they were at it!) 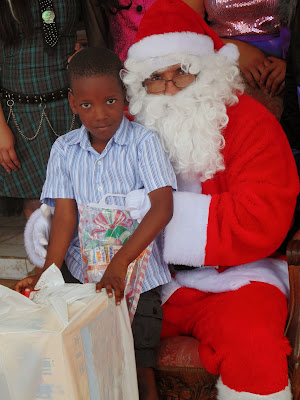 Ian's pre-school hosted a Christmas party for the children (on Sunday, of all days.) I managed to take the little boys for an hour before and an hour after church, during which Ian received his presents from "Santa Claus," among other things. (Mommy made sure to point out who actually footed the bill for Santa's gift-giving!) 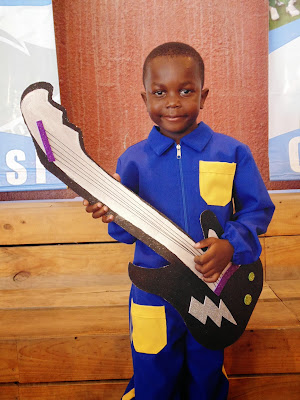 Alec's pre-kindergarten class prepared a special number for the graduating kindergarteners, and he was very excited to wear his costume and play his cardboard guitar! Watching the kindergarten graduation was bittersweet, knowing his turn is coming next year. 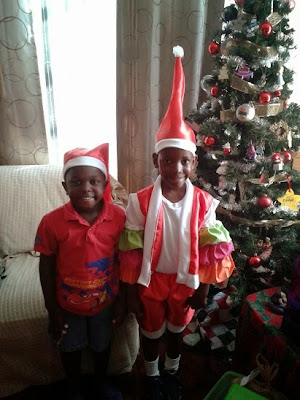 Ian's class also prepared a special number for the outgoing kindergarten class at his school. What caught me by surprise was his emotional response to the festivities. After presenting, he sat on my lap and cried real tears as his friends received their diplomas and well wishes. Next year is his turn. 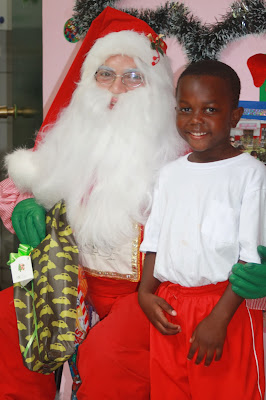 Not to be forgotten, Alec also was visited by "Santa Claus" at his school Christmas party. A certain Ironman figurine was pretty much inseparable from him for awhile! 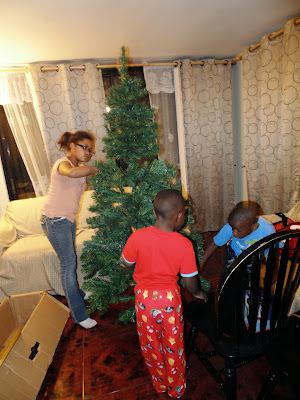 I wish I could remember exactly what his words were, but all I remember clearly is the excitement and delight Alec expressed the day we assembled the Christmas tree. Both boys were so happy. It is such a joy to share their exuberance on these special occasions. December was full of such wonderful moments for the "littles" in our family.
at 11:40 PM
Email ThisBlogThis!Share to TwitterShare to FacebookShare to Pinterest