This month, we said goodbye to the Chilean school where our older children have studied through four of the past five years. By God's grace, the parting was not as painful as I once would have imagined. Many aspects of this academic year which were difficult at the time became a means by which we found complete peace with our decision to withdraw them at the end of the 2013 school year.

Knowing we were in the final countdown, we photographed and participated as much as possible in school events. Eva and Owen enjoyed exercising in their respective class presentations in the annual "Physical Education Review." While unfortunately we had to excuse Isabel from her class presentation due to the choice of music, she was given the opportunity to serve as assistant to one of the PE teachers and she loved the privilege and responsibility! 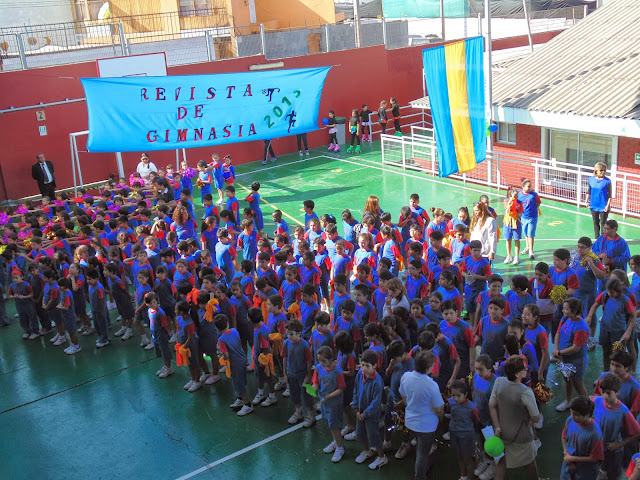 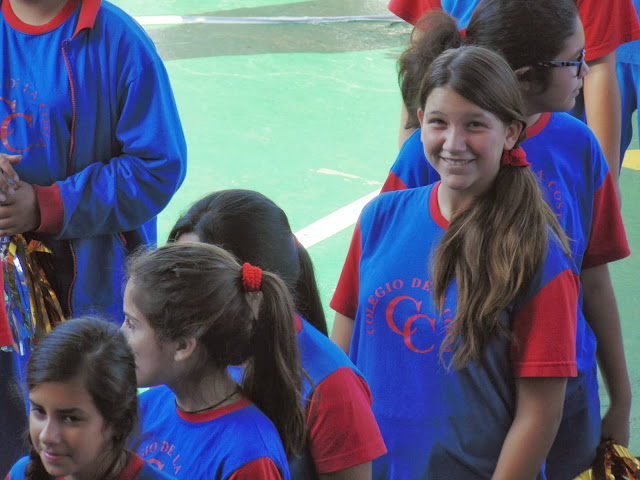 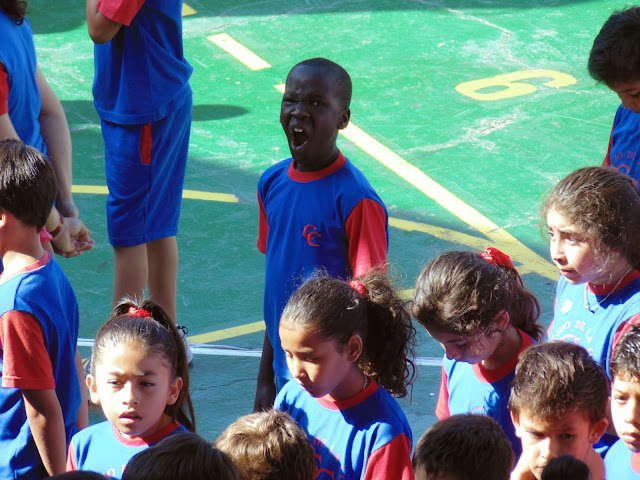 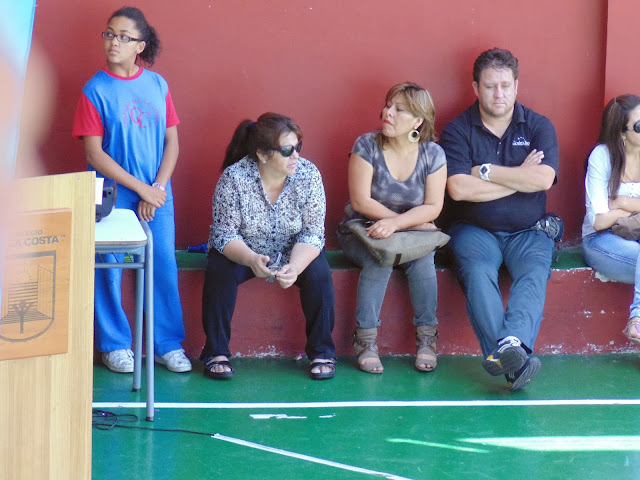 As one of the parent representatives for the 6th grade class, I had the chance to be with Eva and her classmates at their "cocktail" (used in Chile to describe any gathering with finger foods, not referring to alcohol!) and gift exchange. This year the school combined both former 5th grades into one, resulting in a very busy class and unfortunately many disciplinary issues. Eva shed many tears of frustration over the stressful environment in which she studied, but we encouraged her to continue to the end. The last day of school I was reminded that even in the midst of her discouragement, God did provide special friends and I photographed Eva with several who have been her classmates since the 2nd grade. 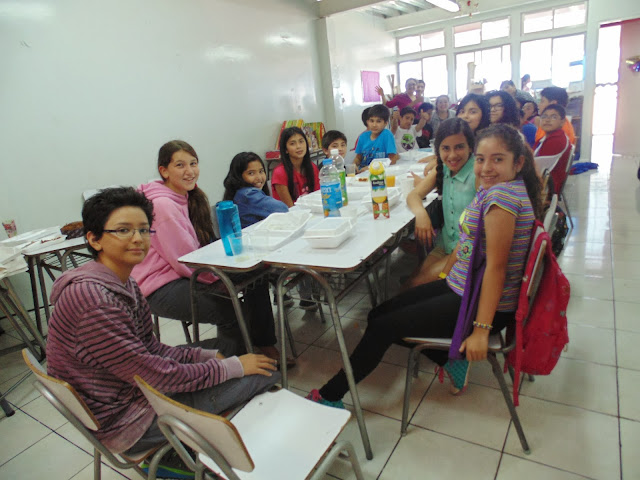 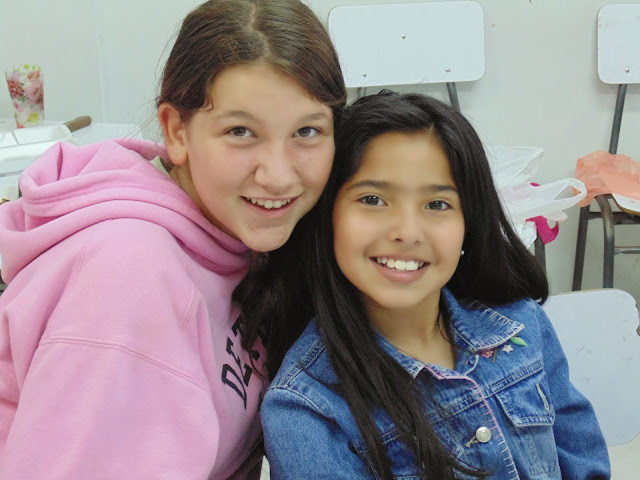 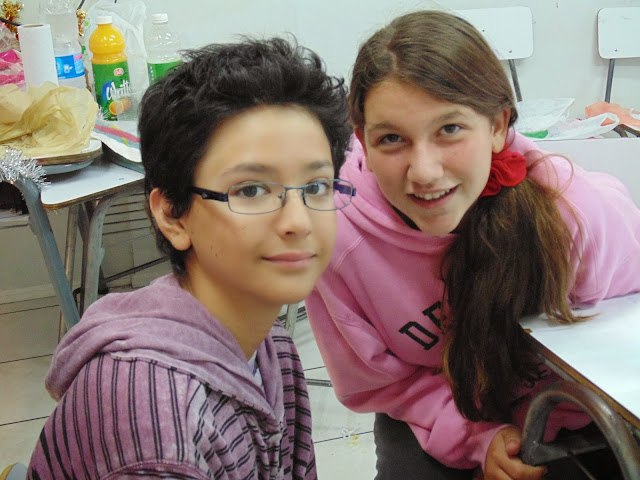 Every year that our children have been at this school, at least one of them has received recognition at a final awards ceremony. Each year that is significant to us as parents, knowing the challenges they have faced while studying in a second language and in a secular environment. As already mentioned, our child who struggled a great deal this year was Eva and it was she who received an award this time around as "alumna integral" (something like "most valuable student.")

We were so thankful for a tangible reminder that not giving up and finishing strong was truly worth it. Her sister Isabel asked me, "Are you disappointed that I didn't get an award?" and I reminded her that of 30 students, only two or three diplomas are awarded and OF COURSE we are just as proud of her with or without a pretty piece of paper! 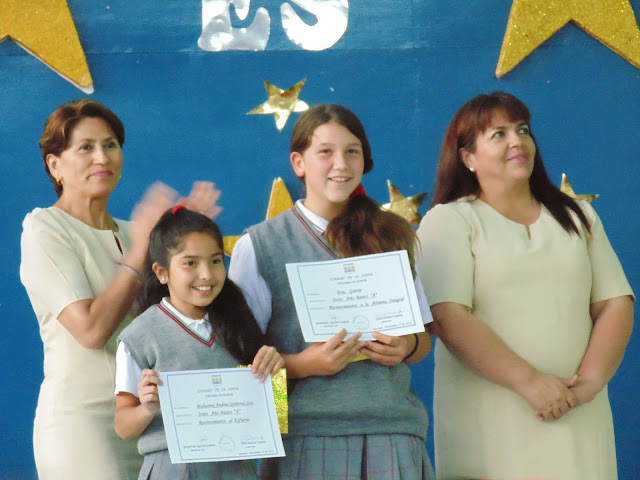 Several days ago I delivered a large tray of homemade cookies as a gift to the staff of the school, in evidence of our appreciation for their investment in our children's lives. I know that few understand and many probably misunderstand our reasons for taking different educational routes for the future, but we are choosing to be thankful for what lies behind and hopeful for what lies ahead. Most of all, we are grateful that we do not parent alone but we have a Heavenly Father to guide us in all decisions that affect our children's lives, in school and beyond!
at 3:55 PM
Email ThisBlogThis!Share to TwitterShare to FacebookShare to Pinterest