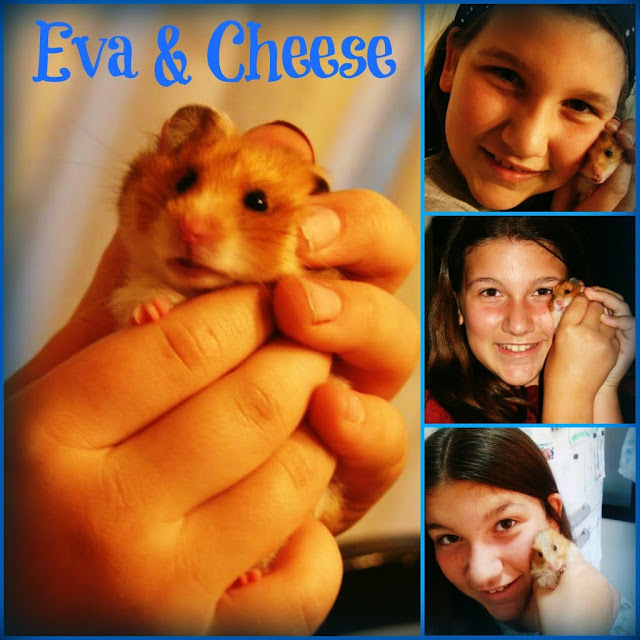 He was the answer to a little girl's prayers.

"Mommy, can I have a hamster?" was an oft-repeated question in our house. "Maybe someday," was the oft-repeated answer. When the request became more urgent (read: annoying) the reply became more 'spiritual.' "Pray about it," I'd say. And so she did.

She had two imaginary hamsters, one whose name now escapes me and another named "Cheese." Once we happened to encounter an English-speaking mother and daughter on the beach in Iquique, and struck up a conversation. We exchanged information and scheduled a play date. To our laughter and surprise, upon visiting their home we discovered they owned a hamster named Sprinkle and another named - you guessed it - Cheese.

The questions continued and multiplied. "How much does a hamster cost? Where will I get money for a cage? And food?" The answer stayed mostly the same. "Pray about it - and save." So she did.

Then one day our new-found friends unexpectedly and immediately had to leave the country. We were offered our choice of hamster (not a difficult choice, considering.) We were given a cage, toys, food, even an exercise ball.

And our daughter was given not only a hamster, but a lesson in the love of God.

Does God care about the little things in our lives? I'd have to say yes. Ephesians 3:20 says He is able to do "exceeding abundantly above all that we ask or think," and that is exactly what He did for an animal-loving, hamster-hoping little girl in Iquique: our Eva.

Yesterday we said farewell to her furry friend Cheese. Never did a pet receive more love and affection, kisses and cuddles than he did during his tenure in our home! With sister and brothers and parents and grandparents and friend Francisca present, Eva lovingly placed Cheese on the blue silk sofa she had purchased for his home and tearfully wrote her final words of friendship on the small box we had created from a cereal carton. Every sibling but one eventually cried his or her own tears of empathy (while admittedly, the adults wavered between compassion and mirth.)

In the end, we all recognized the enjoyment and entertainment one small pet had brought into our lives. We were sad to see him go, but happy to remember the lessons learned through a little girl and her prayers.

at 12:47 PM
Email ThisBlogThis!Share to TwitterShare to FacebookShare to Pinterest

So glad we got to meet Cheese! Rest in peace little guy, and have fun with your hamster cousins, Russia and Brownie, on that big wheel in the sky! :)