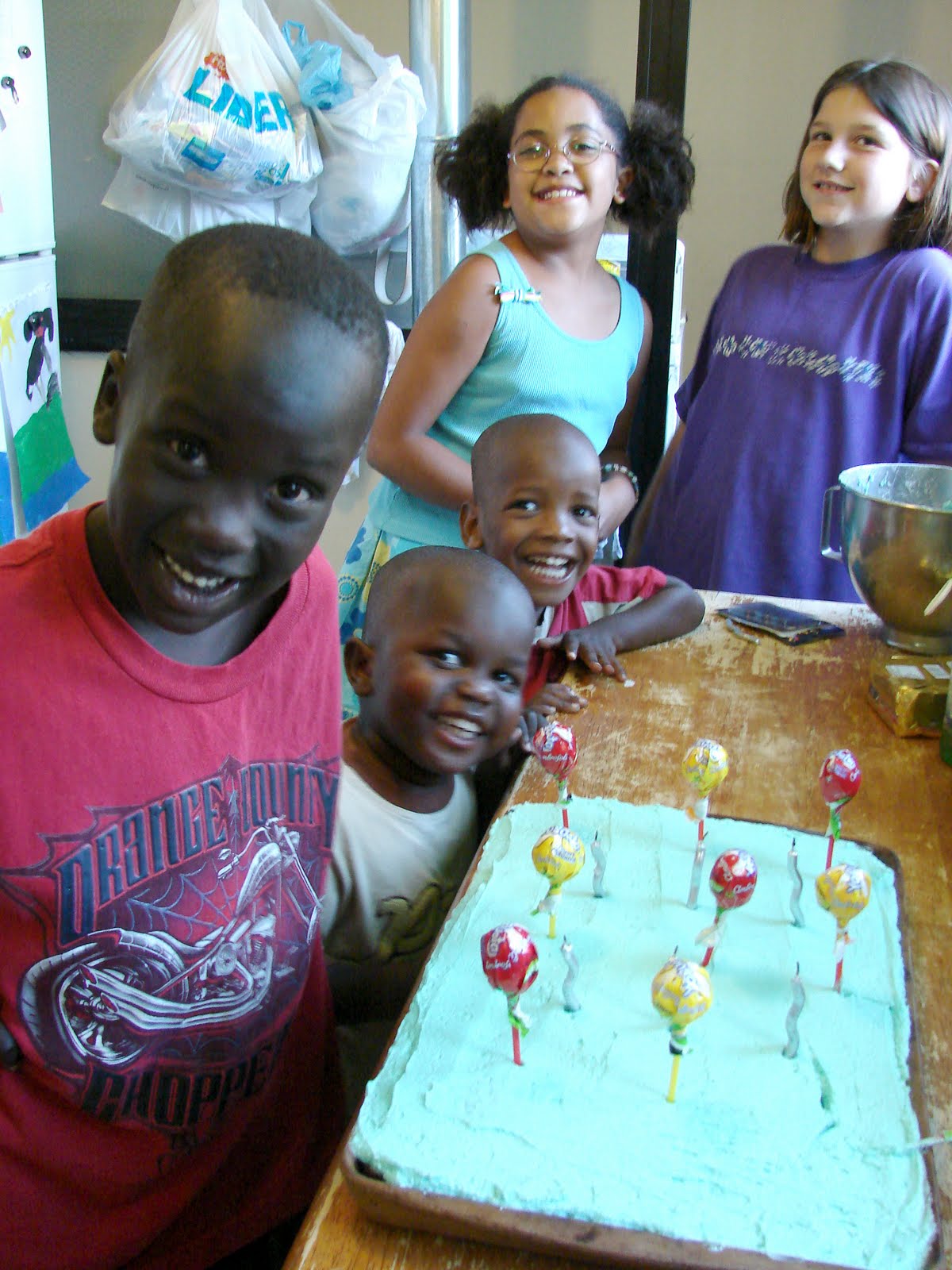 Owen's birthday is April 12 but we celebrated a day early due to some crazy schedules this week. He didn't seem to mind getting a head start on being six years old! In fact, he was pleased as can be. His birthday celebration was a bit unorthodox, as we sort of trickled gifts into his hands throughout the afternoon, starting with this new Wii game that he was able to open right after school while we waited for his older sister to come home. (Normally the Wii is off limits Monday - Thursday during the school week, but we thought this day deserved an exception!) 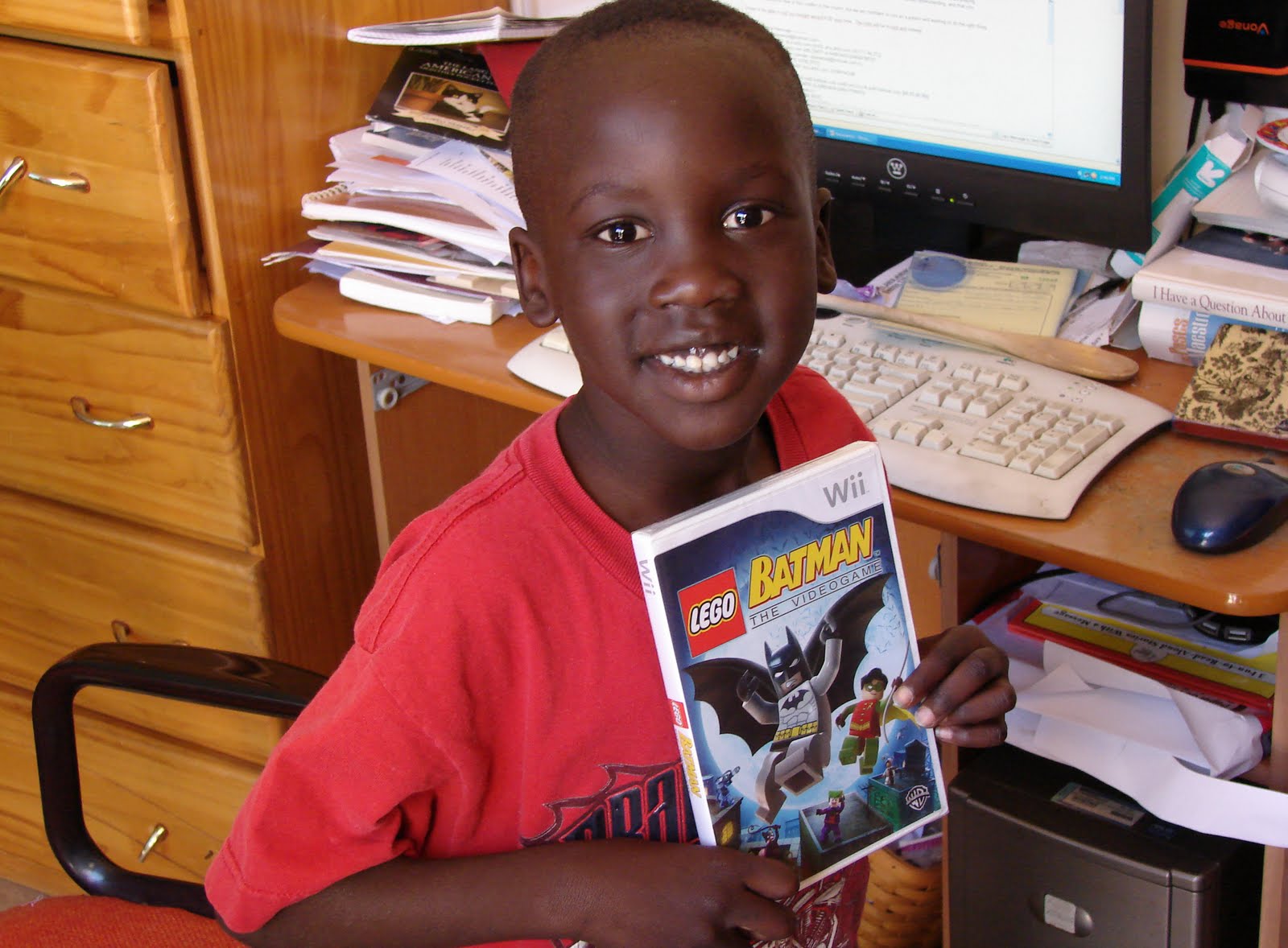 Owen smiling over his Lego Batman for Wii
Owen was then given the choice of deciding between pizza or McDonald's for lunch. Without missing a beat, he chose the latter. While McD's isn't Mom and Dad's favorite choice these days (there is only one in all of Iquique and it is terribly managed) somehow it still retains its thrill for the kiddos! We piled in the van and enjoyed some nuggets and playtime before heading home for the rest of the celebration. 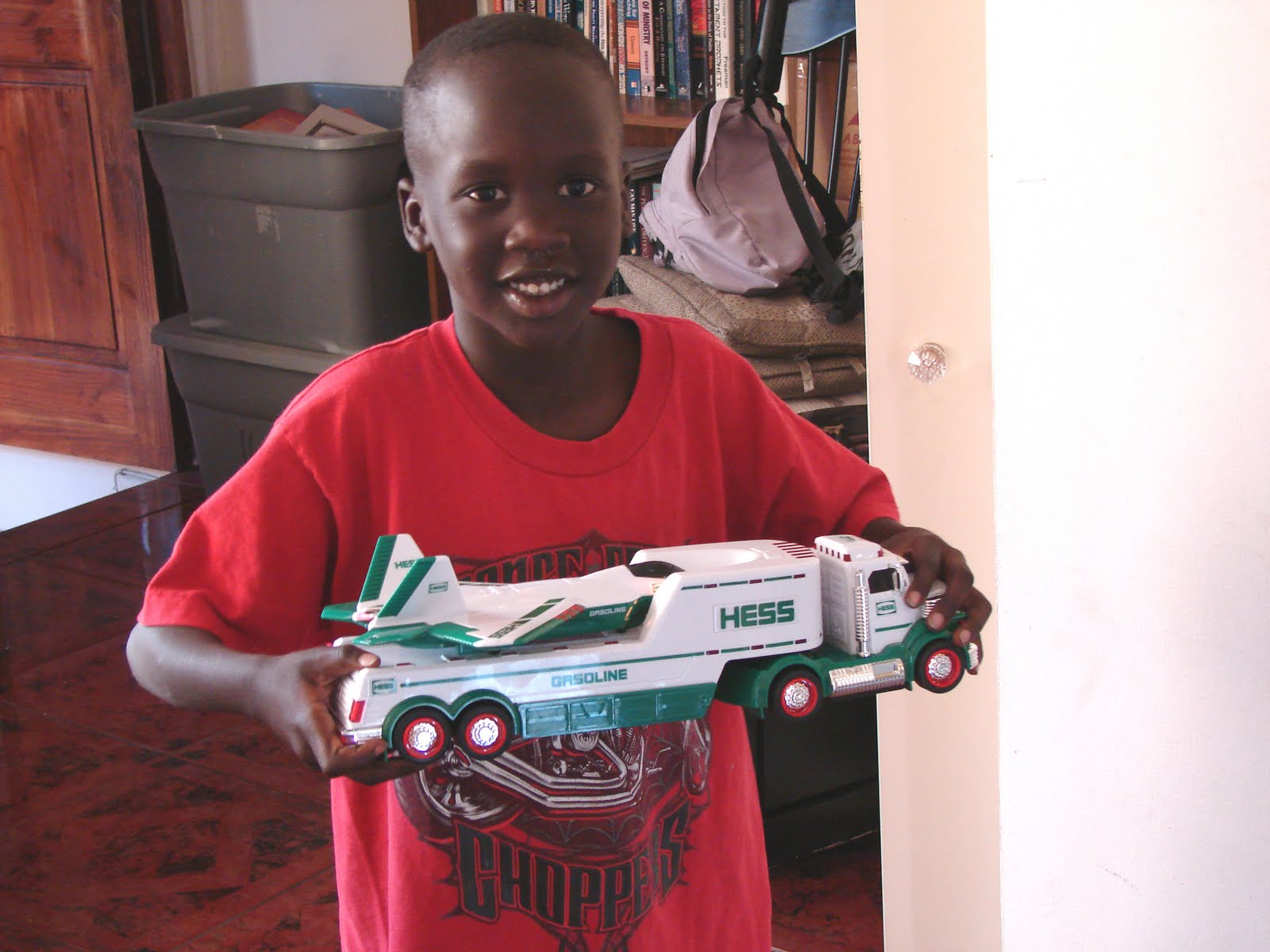 thanks, Mom-Mom and Pop-Pop!
Mom-Mom and Pop-Pop sent this Hess truck several months in advance and we pulled it out of its hiding place for the occasion. Owen was very happy with it, although his little brothers may have been even more thrilled! These really are quite cool. 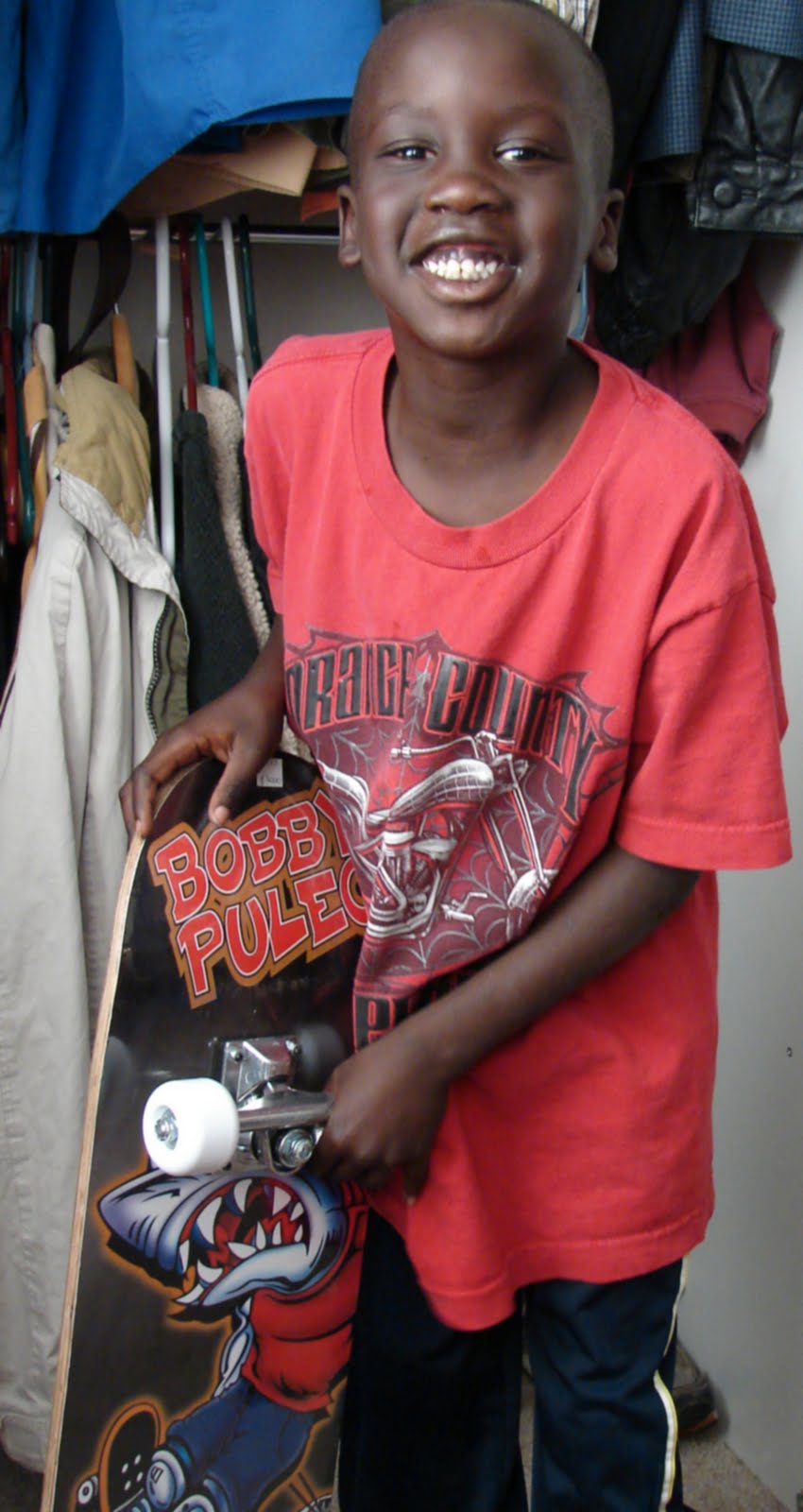 one very happy boy
For his third and final gift, Owen and the whole family traipsed to the third floor and invaded Mommy and Daddy's bedroom. The birthday boy was sent into the closet to investigate (where ironically, just a few days earlier he had tried to hide and been quickly ordered to "get out of there!") because that was where this particular gift had been stored.

Thanks to Daddy's tireless efforts to find (1) an affordable and (2) a kid-friendly (aka, without skulls and crossbones, etc.) skateboard, Owen's wish came true and as you can see he was grinning from ear to ear! He immediately headed outside to test his gift and I imagine that very soon he will become good friends with the neighborhood boys who like to ride their skateboards on the sidewalk out front as well. 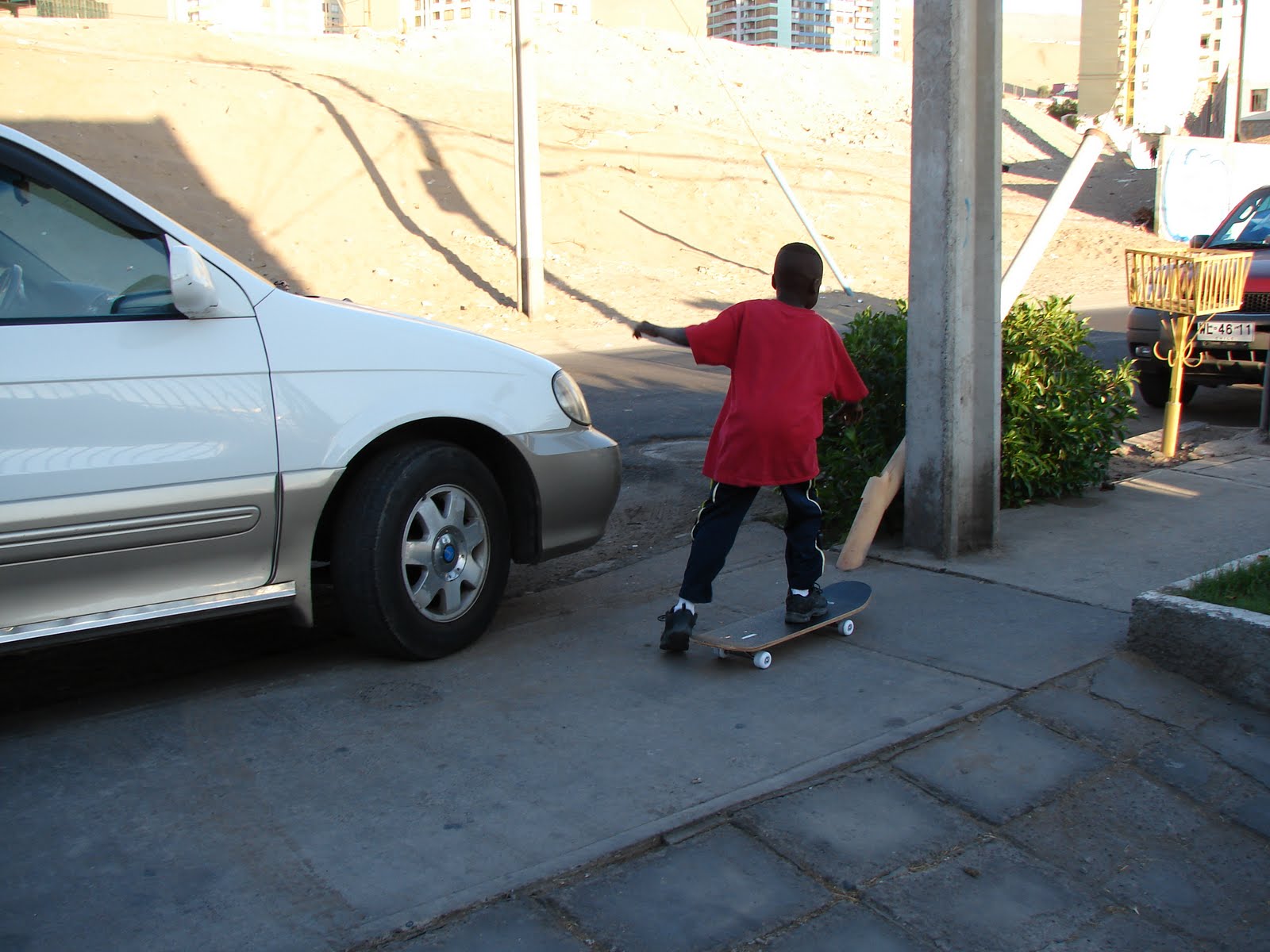 testing his new board 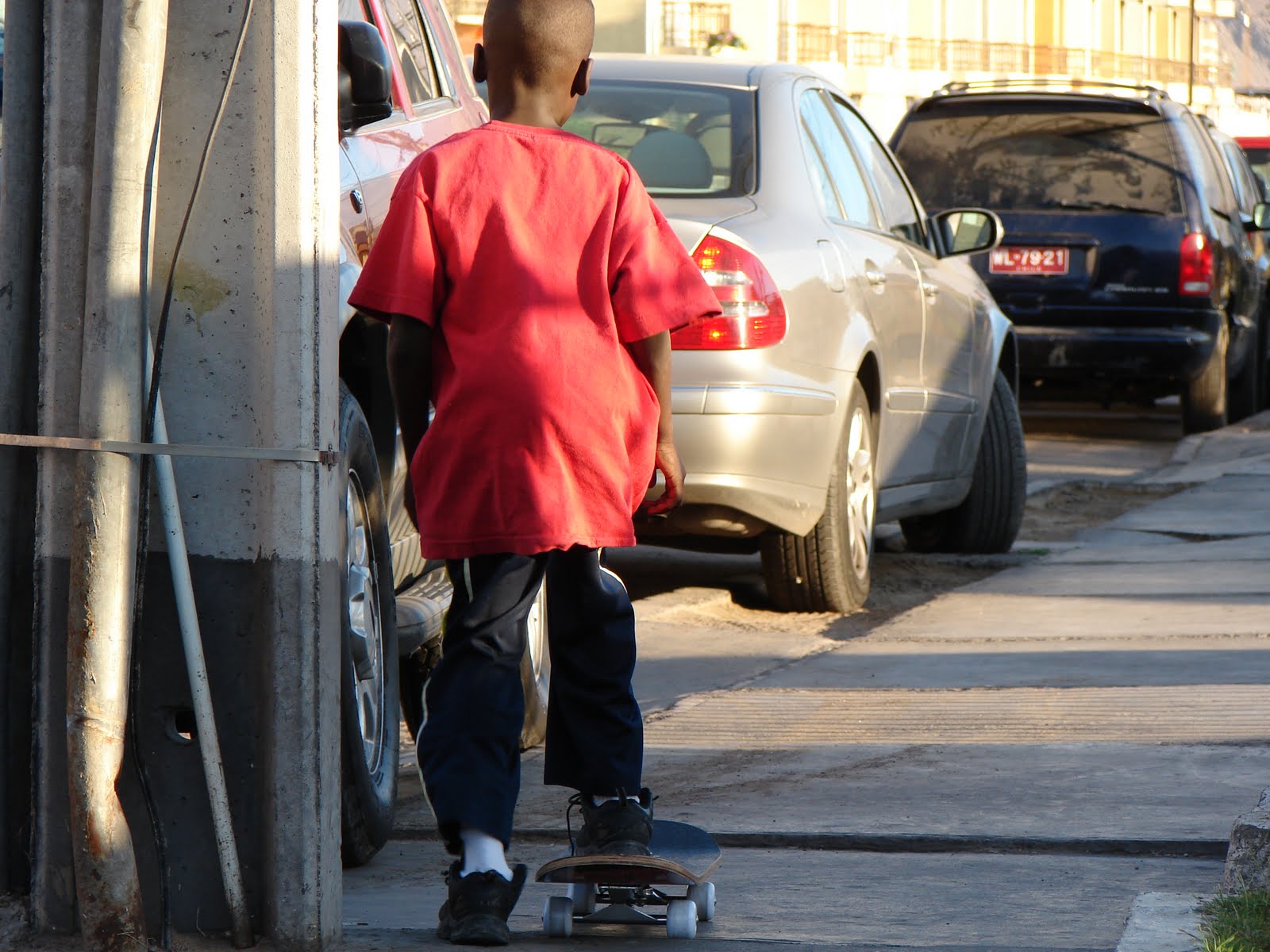 those untied shoelaces just shout "BOY!"
Every birthday is bittersweet, representing one more year flown by, and Owen's was no exception. Only perhaps this one was even more so because on the day of the celebration we had to also have a heart to heart about some behavioral issues in school. Our first grader is doing great at learning and socializing but struggling a bit with toning down his excitement in the classroom! Of course it's perfectly normal and I am reminded of Dr. Dobson's comments about how today's school structure is really not designed for the average busy boy - and I wouldn't have my son any other way.

I love you, Owen Santiago Garcia. You were the greatest surprise six years ago, and you continue to make me smile each and every day. Happy Birthday!!
at 8:58 AM
Email ThisBlogThis!Share to TwitterShare to FacebookShare to Pinterest

happy birthday owen!!!!! I love the shark on your skateboard!!!!!