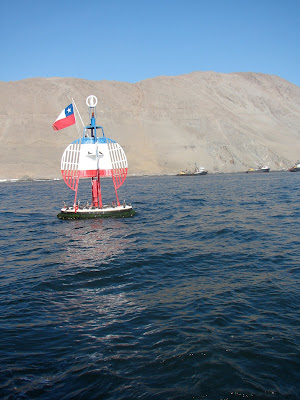 One of Chile's most famous historical events occurred in the waters of Iquique, when in 1879 the valiant Chilean navy officer Arturo Prat was martyred while leading a charge against the Peruvian navy. Of course, visiting the site of the battle is on any tourist's to-do list when in this city and so Eva, Isabel and I joined our friends on a boat ride to the site where the Chilean battleship Esmeralda lies buried quietly under the waves. (The picture above shows what marks the spot.) As described by Wikipedia, The Naval Battle of Iquique was

a confrontation occurred on May 21, 1879; during the naval stage of the War of the Pacific, a conflict between Chile and the alliance between Peru and Bolivia. This battle took place on the shores of the Peruvian port of Iquique, where the Peruvian ironclad Huáscar, commanded by the Captain Miguel Grau Seminario sunk the Esmeralda, an old Chilean wooden corvette led by Captain Arturo Prat Chacón; after four hours of combat. This event has became one of the most emblematic battles of this war due to the glorification of the fallen Chilean captain Prat and Peruvian Captain Miguel Grau's noble gesture of saving the enemy crew and rescuing Prat's body. 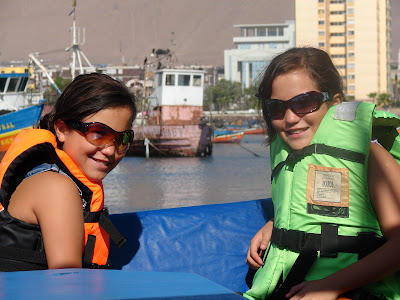 Cony and Carla, excited to start the tour 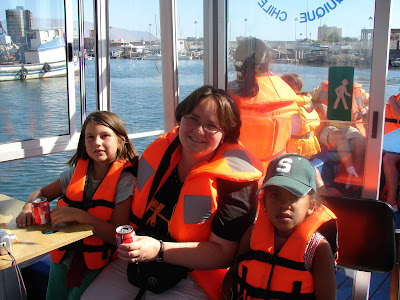 me and my girls (unfortunately Isabel was not feeling well) 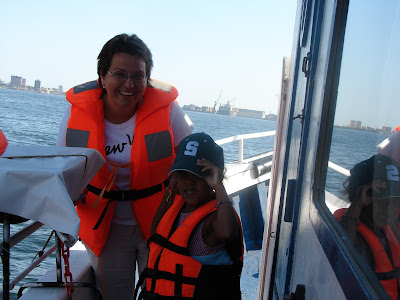 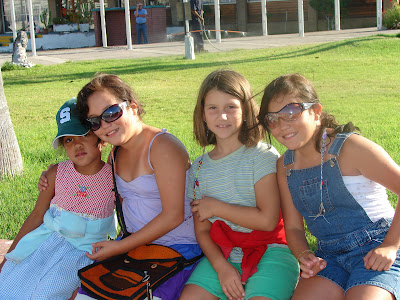 the four friends after the tour
at 11:13 PM
Email ThisBlogThis!Share to TwitterShare to FacebookShare to Pinterest

Poor Isabel, she really doesn't look like she is feeling well in the last picture.