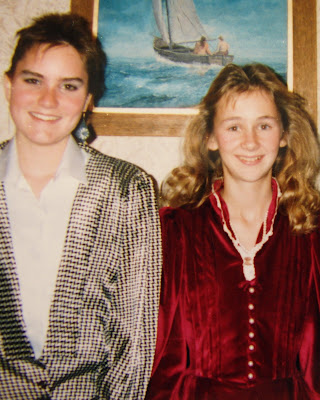 There are some friends who are lifetime friends.

I think it is safe to say that Kristi is one of those! Classmates since around 3rd grade at the MK school in Santiago, we graduated high school together and then reunited five years later for her wedding. Several years after that, we met once again for a girls' reunion in 2003. Five and half years later we finally had the chance to meet once more, this time with our entire families in Santiago (earlier this month.)

Maybe it sounds cliche to say that we were able to pick up where we left off, but thanks to phone calls and e-mails and blogging over the years I truly felt that way. It is so exciting to me that all these years later, both of our families have returned to serve in Chile! Kristi's husband maintains a blog of their ministry adventures at http://www.chilejournal2.blogspot.com/. They have many changes in store the next few months, and I know they would appreciate your prayers!

Thank you, Kristi and David, for such a fun visit together. I hope we can repeat it in the north sometime soon! 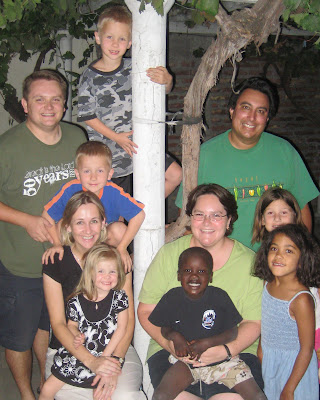 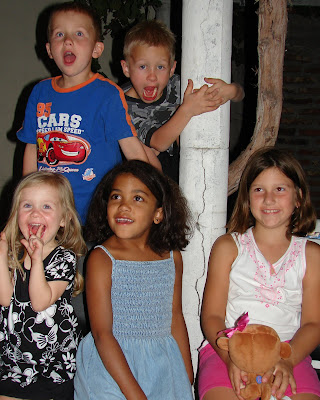 the crazy face picture
(Owen refused to participate!)
at 12:21 AM
Email ThisBlogThis!Share to TwitterShare to FacebookShare to Pinterest

Steph, this post was priceless for me. I loved the high school pictures. You are truly beautiful. I love the picture of the two families. We love the Flinks probably as much as you. So privileged to have had time with them while they were here. How blessed we are to have the same close friends. We miss you. The girls are becoming more beautiful each day, yes? Praying for the babies to come home. love, mom