A Note from the Tooth Fairy 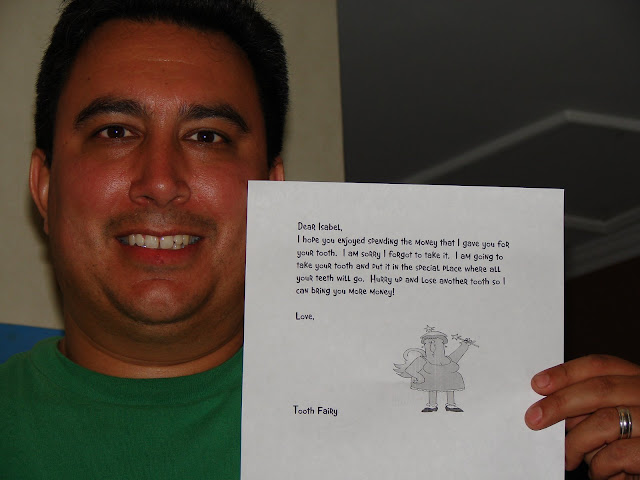 
Isabel lost her tooth a couple of weeks ago and excitedly placed it under her pillow for the "tooth fairy" (which both of the girls know is actually Mommy or Daddy, but it's a game we like to play.) In the morning, the money had magically appeared under her pillow, but ... the tooth was still there as well! (Sometimes the tooth fairy can be a little forgetful, but this was a first.)

She took the note seriously.

On Saturday, there was a new tooth under her pillow again! :)
at 10:44 PM
Email ThisBlogThis!Share to TwitterShare to FacebookShare to Pinterest

I always wondered what the tooth fairy looked like:)

How funny! We have a forgetful tooth fairy at our house too. Mostly she just forgets to come. She left an apology note for Tristen once too ;)