This Wasn't the Way We Envisioned Goodbye

This wasn't the way we envisioned goodbye.


If plans had stayed in place, you would have experienced a wonderful summer with your grandparents in their home. You would have learned what it was like to work your first real job. You would have opened a bank account, gotten a driver's license, and celebrated a graduation open house with your cousin in PA.

If plans had stayed in place, we would have sent you off with goodbyes well said. We hoped to have a fancy dinner, pretty dresses, friends and family who've loved you all your years in Chile to join us. Your MK friend Andrea would have come to spend a week, or at least a few days, in Iquique as planned. Instead, you will slip away with only a face-to-face farewell with one dear Chilean friend and others by way of phone or video.

If plans had stayed in place, you and Isabel and I would have kept our reservations and had one last girls' getaway at a hotel. We would have gone out to eat and watched movies and even completed a short class together. We would have taken mother/daughter and sister pictures together.

If plans had stayed in place, we would have had one last professional family photo shoot with Hernan. I had hoped it would be on Cerro Dragon as a memory of this unique landmark in the city where you were raised. I regret not doing it sooner because I wanted the photo to be as recent as possible and maybe even to lose some weight first (how ironic is that post-quarantine and all your yummy desserts!)

If plans had stayed in place, both Daddy and I would be flying together to the States to take you to school. We would say goodbye to you together, just as we first said a breathless hello together in Mr. Casey's small office at Catholic Social Services in Scranton nineteen years ago.

If plans had stayed in place, we would be there for parents' orientation weekend with you rather than having to take you a week early. We'd meet the other parents of your classmates and get a formal introduction to what this year has in store for you. Daddy would do the six hours of driving each way so that I could (probably) just cry my way home.


If plans had stayed in place, you would already be gone. 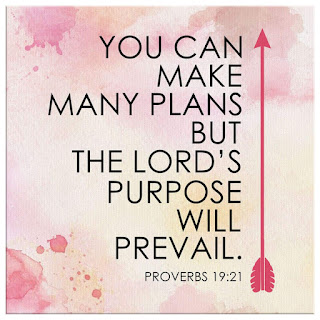 I am thankful to trust in a sovereign God who is bigger than any of our plans. (Proverbs 19:21) He is a loving God who puts our tears in His bottle. (Psalm 56:8) He is a hope-giving God with good purposes for our lives. (Jeremiah 29:11) He is the God of all comfort who comforts us in all our afflictions. (2 Corinthians 1:3-4) He is the God who formed us and knows us and is with us always and everywhere. (Psalm 139) He is the God who will "watch between you and me, when we are out of one another's sight." (Genesis 31:49)

This isn't the way we envisioned goodbye, but it's the way He did. And for that - and for you - I am very thankful.
at 1:00 PM
Email ThisBlogThis!Share to TwitterShare to FacebookShare to Pinterest

What a beautiful article, Stephanie! You express your thoughts and feelings so well. We look forward to meeting you on Saturday! God is good, all the time.

Thanks for this wonderful reminder that God is in control of all that we do. Why can't we think more of this in the moments of changes in plans and new experiences that we didn't ask for? God must just shake His head as He waits for me to get "conforme" to His will and purposes which we all know are for the best. Maybe you will be able to reach this spiritual level before I do. Your old mom is still learning many things and if the truth be told, it is often from watching my daughters in their spiritual walk with the Lord. I praise the Lord for the three of you and for my patient husband who continues to calm me down when I get carried away. God is good all the time and I will praise Him for whatever time He gives us together on this trip of yours. Give the boys a big hug from Mommom and I will be waiting to deliver a hug in person to my granddaughters. Love you all, Mom