Across the Sea & History, Part Two

Young W.A. D'Arcy was buried far from home under the piercing sun and arid desert sands of the Atacama. His grave sits high on a hill in the Pisagua graveyard, overlooking the ocean which brought him to this forgotten place. My search for details of his century-old story does not fill in all the blanks, but it proves his existence and that of the ship on which he apprenticed. First, his name on a list from Ancestry.co.uk: 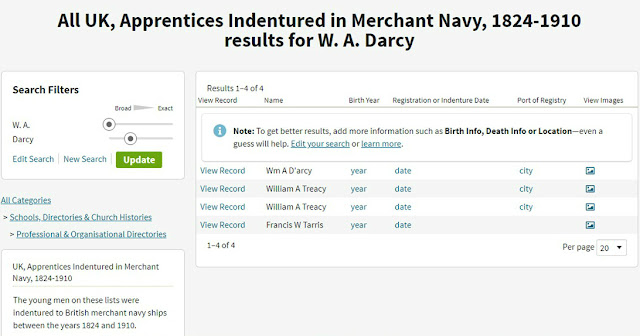 Then, information on his ship. The Largiemore, described as a "Steel Sailing Vessel 3 Masted Ship" was built in Glasgow just two years before D'Arcy's demise. It set to sea on November 2, 1892 and twenty-year old D'Arcy died just eighteen months later. Perhaps he was a member of the Largiemore crew from the very beginning. Regardless, he was certainly under the captaincy of John George Spencer (Master Mariner) who governed the Largiemore from its inception until its sale to Norwegian owners in 1910 (to be lost four years later between Montevideo and Adelaide with twenty-two persons aboard.) 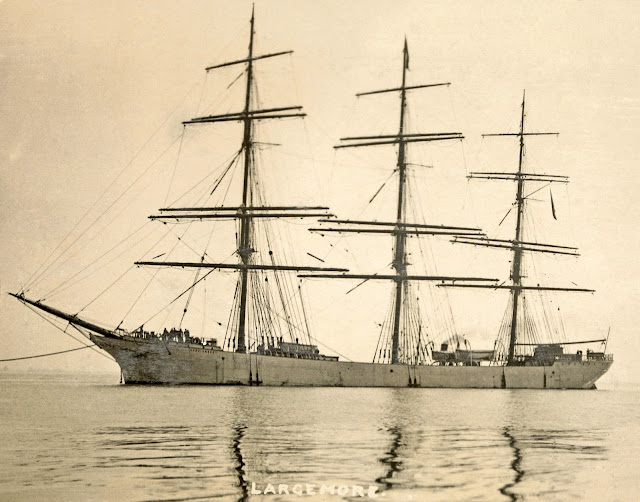 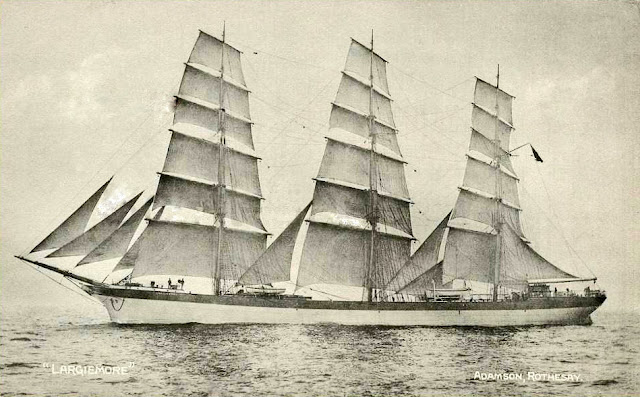 Known for its speed, the Largiemore set a record for a 43-day passage between Rio de Janeiro and Adelaide in 1897, three years after D'Arcy's passing. I found five photographs of the Largiemore online, including a beautiful glass plate negative print by the Samuel J. Hood Studio of Sydney. Apparently Hood "would approach a ship on the assigned tug boat and photograph it as it lay off Sydney Heads. Once the ship reached the dock, Hood would board the vessel and approach the captain to allow him to sell the photographs of the ship to the crew. The captain authorised for the photographs to be paid for by the shipping company and then deducted a fee from the crew's wages." Hood was a creative businessman of his day! 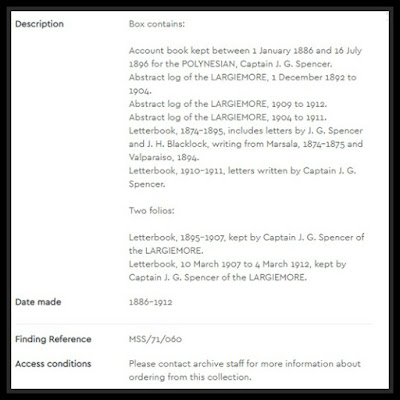 What I would dearly love to see are the documents described in this entry from the Royal Museums Greenwich Collection. In a box buried far from here - under the weight of history and surely hundreds of other similar items - lies a log of the Largiemore including the year W.A. D'Arcy died. It also holds the letters written by Captain Spencer, beginning with the year of D'Arcy's passing. What more might we learn of this young sailor whose only memory is that of a fading marker on a sunlight sandy hill in a hidden corner of the country of Chile?

But perhaps the mystique is maintained by what we'll never know. Perhaps indeed those stories were carried far away "across the sea and history!"
at 12:14 AM
Email ThisBlogThis!Share to TwitterShare to FacebookShare to Pinterest