What a whirlwind of a week swept through our home with Chile's patriotic holidays! While officially celebrated on September 18 and 19, most people enjoyed multiple days off work and children in national schools were given an entire week away from their studies. Although our kids endured a few hours of home schooling during the week, for the most part our family also experienced quite a different rhythm to our days. We hosted multiple cookouts, including a meal with our next door neighbors and another with the families on the leadership team of the new church plant. The latter turned out far more exciting than planned when an offhand comment resulted in an impromptu palm tree uprooting (to be later replanted elsewhere.) Pedro jokingly called this a great team building exercise! 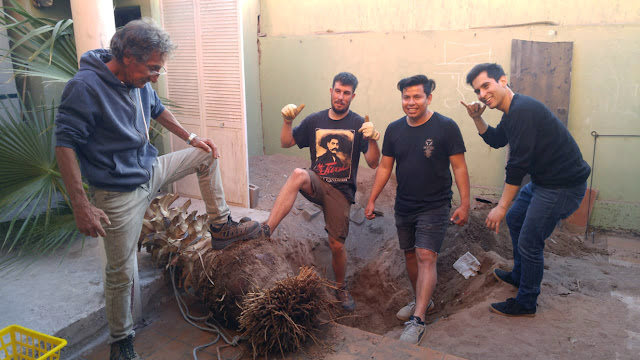 One very memorable day was the Sunday (September 16) before the holidays. I was at the grocery store just after the doors opened at 8:30 AM to pick up some final items for our church fellowship that afternoon. Returning home, I found the usual hustle and bustle of a Sunday morning as our family gathered the many items we are responsible to bring to the rented facility (a neighborhood sede) we use for 3 1/2 hours each week. Songbooks, music stands, guitars, keyboard, computer, projector, toilet paper, bathroom cleaning supplies, hand towels, garbage bags, children's church materials, flannelgraph board, snacks and drinks and other things I have surely forgotten. (Such as hand sanitizer - a welcome item to have when greeted with the unwelcome surprise that the water had been turned off at the sede! We later learned that the municipality of Iquique is responsible to pay the water bill and had apparently decided not to. TII = This Is Iquique!)

Thirty-three people were in attendance, which was an encouraging number given that many people travel over the holidays. We were especially delighted with the visit of our friends Isabel and Pedro to the church plant for the very first time! Recently I encouraged Isabel to read through the gospel of John and invited her to church since we are studying this book in our weekly sermon series. I was so happy she decided to come! After church, since we only have the sede until 2 PM, our fellowship time to celebrate the Chilean Fiestas Patrias was planned at the home of Romo and Solange. There twenty-four of us turned out to eat homemade empanadas, delicious choripanes with fresh pebre, and drink some refreshing mote con huesillo.

It was after some of the guests had already gone home and others were playing a rousing game of Pit that a phone call alerted me to an embarrassing oversight on my part! Nearly thirty-five years ago, Ricardo Araya and his wife Norma worked alongside my parents planting a church in the community of Pudahuel in the capital city of Santiago. The night before, I had learned through a phone conversation with my dad in the States that the Araya family was actually visiting Iquique. I connected with one of their two young adult daughters to arrange a time we could connect with one another. She responded, "Tomorrow after 5 PM." We made plans to meet at FLORECE and all the while I was thinking in my own mind, "Great! Monday after 5 PM is perfect." See my mistake there?! Needless to say, that morning amidst all my running around I had not considered the need to pick up our less-than-tidy home. Thus when Daniela called to say they were waiting for me at FLORECE and kindly offered to meet me at our home instead, I scrambled to find a way home quickly to do damage control before before they arrived!

Despite a less-than-stellar start to our visit due to my confusion with the dates, the time spent together was insightful and encouraging. Ricardo is now a missionary with a Chilean agency and his primary focus is distributing the gospel message in printed form through simple postcard-style tracts designed to coordinate with specific places and events (World Cup, Mother's Day, etc.) A highlight of the evening was making contact with my parents via video chat and allowing the two couples to reconnect after many years. Laughter and memories were shared and it was a sweet reminder of how the Body of Christ extends across time and around the world. 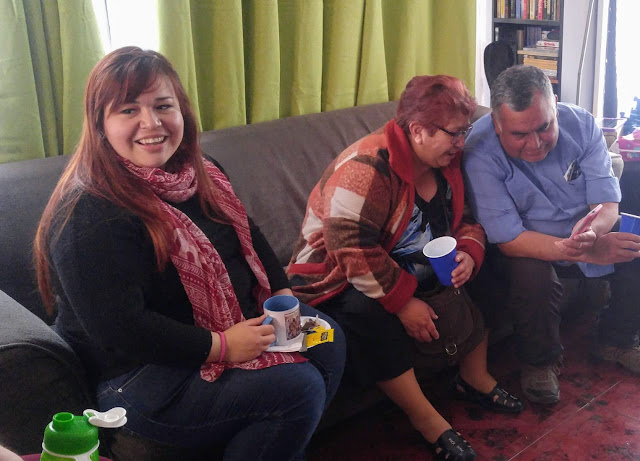 We did also return to FLORECE and it was exciting to share this ministry which captured their hearts, as both girls work in the area of health and desire to serve God through it. They have a vibrant young adult ministry in their church with several in the health services, including a male midwife! We discussed how we might pass on the highlights of FLORECE's volunteer training to be used in their context, and a plan was set in motion to offer an intensive week of preparation this coming summer. It was encouraging to share all that God has already done and the many dreams we have for the future with a family that is passionate about serving Him.

Thanks to my wonderful husband, we ended the evening with a traditional Chilean once and warm conversation around our table. It was a bustling, busy September Sunday but overflowed with blessing! 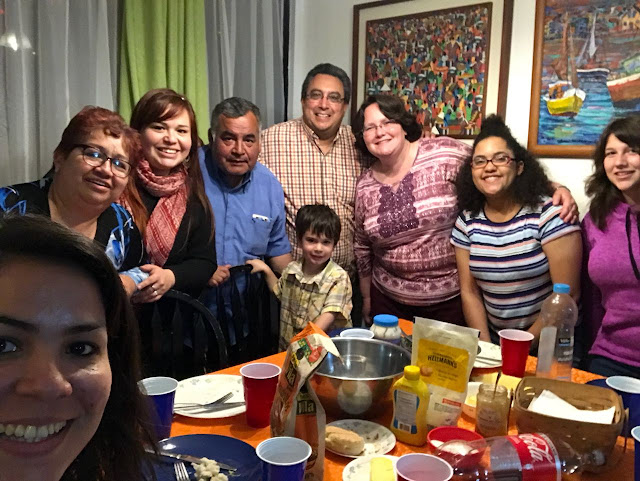 at 1:28 PM
Email ThisBlogThis!Share to TwitterShare to FacebookShare to Pinterest