With both husbands in school and both wives at home entertaining young children; and in humble student apartments with back doors that faced one another across a dry field generously called a playground; the two wives became fast friends, and eventually the husbands followed. 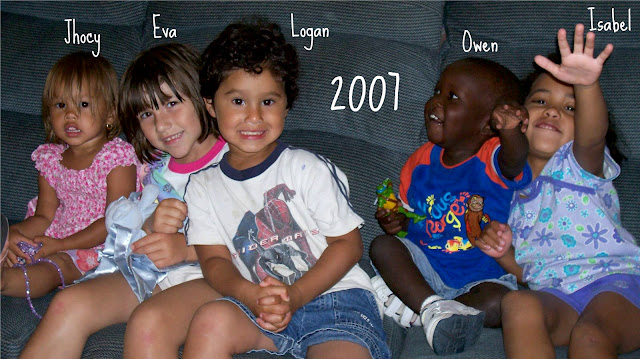 Though our time together was short, the memories made were priceless and ten years later it was a delight to host the Acosta family in our furlough home in Ephrata. Fifteen people under one roof in a three-bedroom house during a freezing winter weekend made for new and equally priceless memories! Playing games on a comfortable dining room table in Pennsylvania with teenage and pre-teen children was a far cry from playing games on the dusty steps outside side-by-side hotel rooms on Padre Island listening for a sleeping baby's cry. To our children's dismay we recalled many cute moments of their childhood, including a pledge of marriage between our oldest before they had entered elementary school! No sooner had they arrived than Ramon asked Pedro, "So how many cattle do you want to seal the deal?" I must admit it was fun to see our kids squirm yet secretly I think they enjoyed the good-natured humor. And while it was our goal to reproduce some of the photos we had taken when they were younger, adolescent angst refused such embarrassment and the best I could do was compare the two pictures above.

Thank you, Erin and Ramon, for making the trip to see us and being the flexible, fun, fearless friends we remembered. We are thankful for the time together and for ten years of friendship (and counting.) God bless and guide you as you parent your sweet kiddos and continue to serve Him!
at 10:39 AM
Email ThisBlogThis!Share to TwitterShare to FacebookShare to Pinterest