The Day the Census Came to Town

The last time the census came to town, we were out of town. In 2012 we were stateside and blissfully unaware of the squabbles that accompanied a national Chilean census accused of irregularities and later rejected, replaced instead by the one we encountered this week. To be honest we were not entirely plugged into the one this year, either, so it was a pleasant surprise for us to learn that April 19 was a federally-mandated holiday and under penalty of fine we "must" stay home together as a family that day until our interview was completed!

Grocery stores closed at 7 p.m. the night before, so my wonderful husband planned ahead and organized all the necessary shopping while I completed my shift at FLORECE. This included running to the supermarket and the Agro (fruits and vegetable market) so that we would have all the ingredients for taco salad, a family favorite. There was an air of festivity at home knowing we had no other responsibilities to fulfill. It just felt rather fun to be jolted out of our routine for a day. 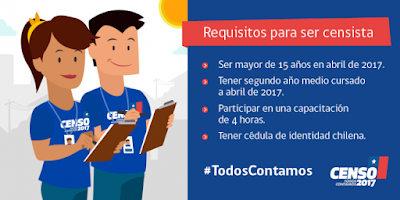 We learned that the individuals volunteering as "censistas" (those going house to house for interviews) would meet at 8:00 a.m. and begin their rounds, so we had to be ready for our visit any time after that. There was no guarantee whether it would be morning, afternoon, or evening. We were hoping for morning but guessed it might be just as we sat down to lunch! In the end, however, our censista arrived before lunch and during Silas' naptime. We were taking advantage of the quiet time without a toddler to play a game with the older ones and had been enjoying a few rounds of Guesstures. The boys' team was lagging behind and they were "saved by the bell" (or more accurately, by our neighbor Jacqueline walking the young interviewer to our front gate.)

Apparently Jacqueline had already warned him of our large family. (As a side note, she and her husband have only one college-aged daughter, so our passel of kiddos is a source of amusement and astonishment to them. That's okay, because they also take pity on us and give us lots of free fresh bread from their neighborhood store, ha!) Anyway, we invited the young man to sit down at the dining room table and offered him a cold soda as he lined up his pencil, eraser and booklet and prepared to work his way through the required questionnaire. He was friendly, perhaps slightly nervous, and appeared to be in his early twenties. It may not have helped his nervousness to have our five children hovering around the table and over his shoulder with intense curiosity, but he later assured us it was fine and that he had a five-year old child of his own. 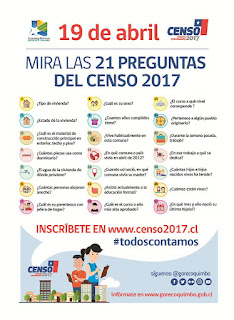 The questionnaire itself consisted of twenty-one questions, primarily concerning age, gender, education, employment, family makeup, type of dwelling. Beginning with Pedro as jefe de hogar (head of household) and continuing with me and each of the children, we took turns answering the questions pertinent to us. Our girls found it "awkward" that anyone over fifteen years old had to answer questions about pregnancy and/or children born to them! Eva, at sixteen, received those additional inquiries. And I think all of the kids giggled at one particular question, unaware that it actually represented a much heavier subject than superficially appeared. At the outset of the interview, our censista somewhat uncomfortably explained that he was required to ask each personal individually how he or she "identified" his or her gender - whether male or female. As our boys chuckled and said "boy!" and our girls blushed and said "girl!" we quietly wondered how a census could even be accurate when the option is given to choose anything other than what God has already biologically determined. It was a sobering reminder of the direction in which Chile as a nation is headed under its current leadership, and of the confusion which is only increasing among the young people to whom we seek to minister through the local church and also FLORECE's ministry. 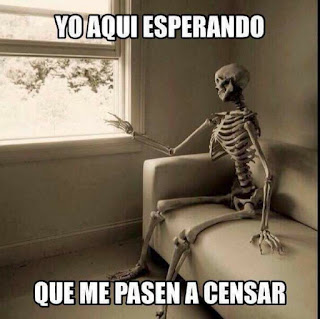 All in all, however, our experience with the census was a pleasant one and we were impressed as we learned throughout the course of the day of several friends and acquaintances who chose to volunteer as censistas and invest their free day in patriotic service. We were also reminded why Chile is such a fun country in which to live, as amusing stories and memes reflecting a uniquely Chilean sense of humor circulated the internet. One of the first accounts to create waves was that of Chilean President Michelle Bachelet's initial house visit as an active interviewer for the census. Apparently the homeowner was alerted by his brother-in-law that "the president" was at his door but never imagined he meant "The President." He greeted her and was subsequently interviewed in his favorite pair of pajamas! Though by and large it appears the census was successful, apparently there were a few neighborhoods that fell through the cracks and did not get visited by interviewers. Those poor souls who waited an entire day needlessly were recipients of "supportive" messages such as this skeletal photograph which says: "Here I am waiting for them to come interview me for the census!"

Thankfully, we ourselves were not left to wait and wonder and were able to continue with our normal routines once we had bid farewell to our interviewer and affixed the sticker to our front door which proclaimed that "this dwelling has been interviewed!" Our family enjoyed a leisurely lunch of yummy taco salad and shortly thereafter headed to the beach to take advantage of the day's remaining sunshine. Our time is quickly winding down in Iquique as furlough fast approaches, and our little beach baby will not have his sandy playground close by for much longer! Only Owen did not join us, eager to head off instead to the local soccer court and hang out with his buddies for a couple of hours. And thus it was that "the day the census came to town" drew to a close, and we were left with pleasant memories of a new and unique experience. 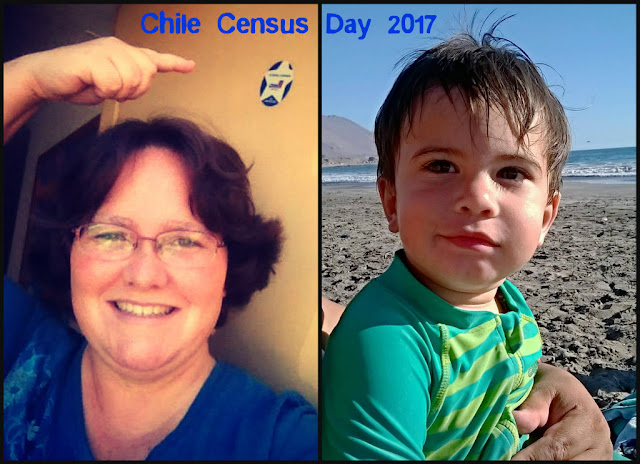 at 12:01 AM
Email ThisBlogThis!Share to TwitterShare to FacebookShare to Pinterest