In spite of the disappointment referenced in my earlier post, there were certainly "glimmers of gladness" in our celebration as well. These pictures capture some special moments shared on Christmas Day. One of my favorite sights are the stockings lined up - not by the chimney, but on the sofa in order from oldest to youngest child. This year on one of our expeditions to the Zofri, we discovered a stocking that perfectly matched those of Eva, Isabel and Owen (originally purchased at the famous Bronner's Christmas Wonderland of Frankenmuth, Michigan!) I had the best of intentions to have Silas' name embroidered on it prior to the holiday but the stocking was misplaced and not unearthed until after the celebrations had come and gone. Oh well! Since Silas didn't seem to understand what was happening anyway, I don't think he minded at all. 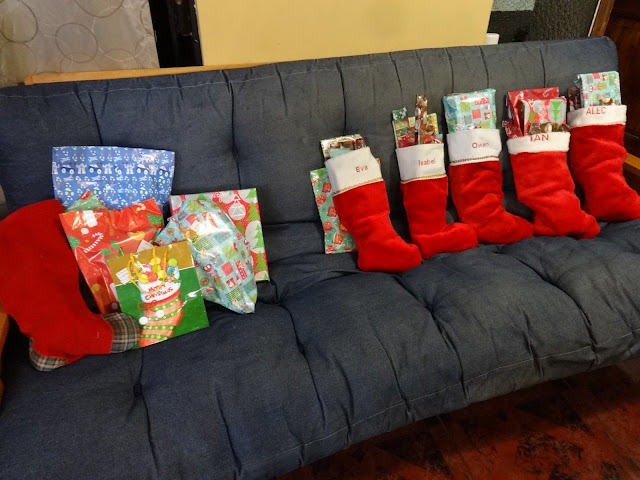 Speaking of Silas, he was quite engrossed in his siblings' affairs though he seemed slightly baffled by what was going on. It wasn't until Owen unwrapped a Rubiks cube that Silas' eyes lit up and he swiftly snatched at the recognizable object. It always amazes us how he is so aware of the things his older brothers and sisters like to play with. Big for his britches, indeed! :) 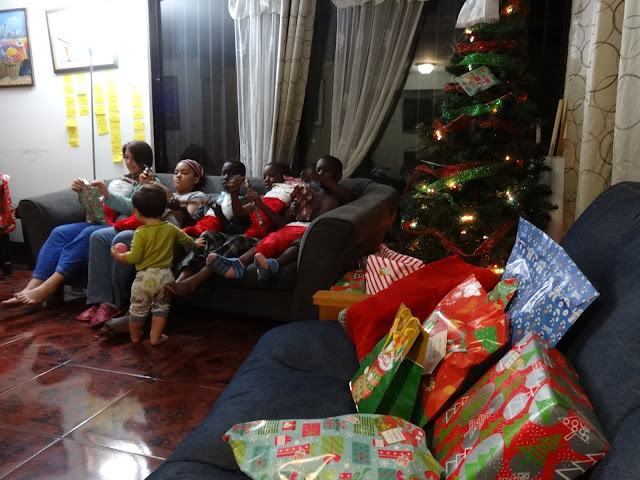 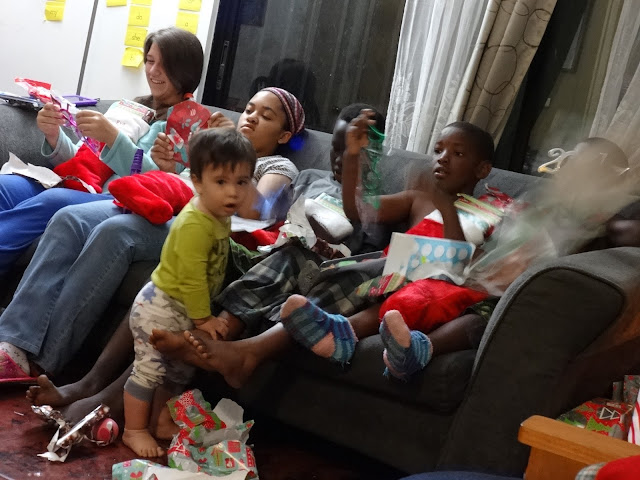 I don't have pictures of the brother/sister gift exchange that was new to our celebration this year, but I soaked in the moment when it happened. Two siblings who struggle to show appreciation and affection for one another hugged in impromptu gratitude and made my heart smile. It worked out that the girls had the boys' names, and two of the boys had the girls'. This made shopping interesting but meant that a little extra time and understanding had to go into the choices made. I accompanied each child on his or her excursion through the store and to the checkout counter and was fairly confident of their decisions, but seeing the gladness and sweetness on Christmas morning was something extra special. 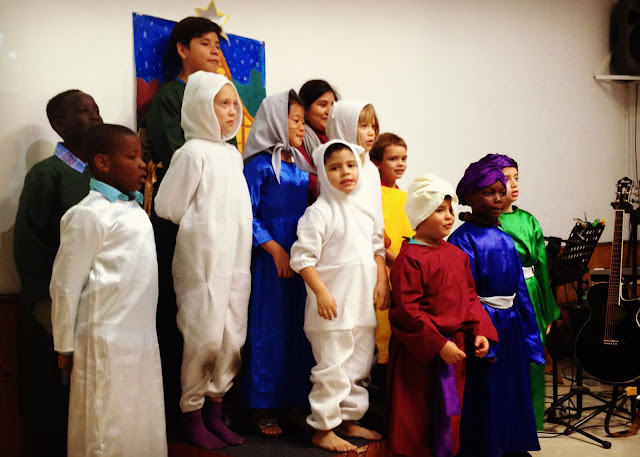 Another "glimmer of gladness" on Christmas Day was our children's church program, always a tender reminder that the story of the Child is often most loved and best represented by children themselves. It wasn't until Owen appeared on the scene that we understood why the kids were so adamant we turn around and retrieve the forgotten "Duck Dynasty" beard at home. He was an elderly shepherd with a stiff back and shining grin who shuffled eagerly to the baby's bedside! Ian was a handsome Angel Gabriel, and Alec a well-dressed wise man bearing gifts for God's Son. Sadly, Silas had to turn down his role of baby Jesus because we were quite sure he would never stay still for young Mary, but a visiting 4-month old was able to aptly fill his shoes instead. 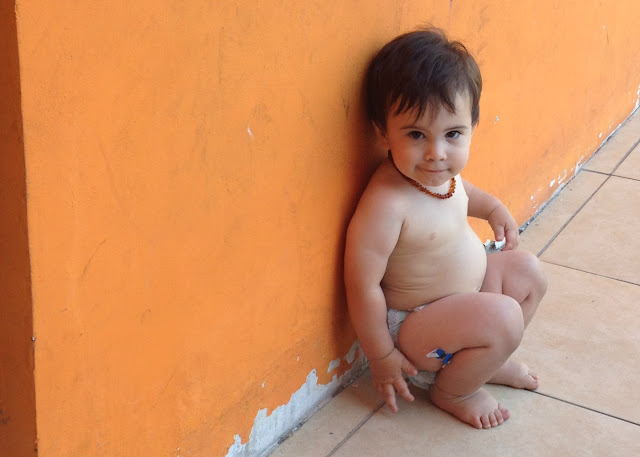 The afternoon of Christmas Day was a quiet one. I snapped pictures of the three older boys looking so bright and beautiful in their shirts and smiles, and of mischievous Silas looking dapper and diapered with a hint of wrapping tape on his chubby little thigh. Eva went to her friend Kari's house to name newly arrived Christmas fish. Isabel joined her friend Sophia's family at the beach. Ian played with a neighbor friend until the boys and Daddy took off together for a little while (less than a week later, we can't quite remember where but think it may have been to play basketball at the cancha!) 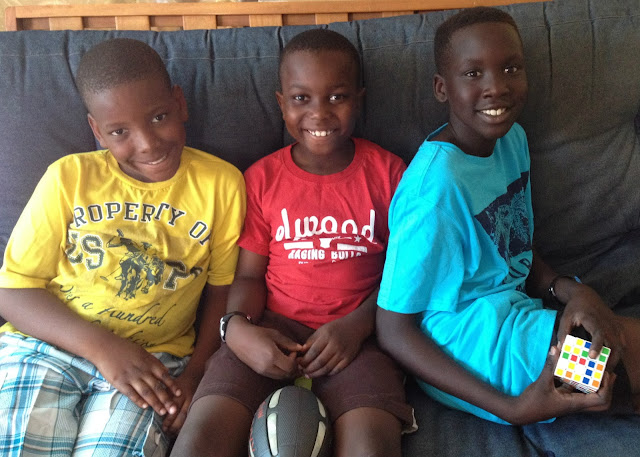 Thanks to technology, we FaceTimed with aunts and uncles and cousins and grandparents in Delaware. And when it was all over, the day was done and we were together and God was, and is, and always has been so faithful. Grateful for these "glimmers of gladness" and the One to Whom we owe it all!
at 9:53 PM
Email ThisBlogThis!Share to TwitterShare to FacebookShare to Pinterest