Welcoming the Fishers, Part One

The first words out of my brother-in-law's mouth were not those I expected to hear. "Wow ... This is beautiful!" he exclaimed upon his initial glimpse of the landscape outside of Iquique's airport. Suffice it to say that a typical newcomer often does not have the same reaction! Our vast, dry, vegetation-less desert can sometimes strike despair into an unsuspecting heart. In fact, on our own survey trip to Chile's north in 2003 I distinctly remember stating, "This is the ugliest place I've ever seen!" as our plane descended upon its dusty surface. (Thankfully, the Lord has since changed my heart to fascination and appreciation for the unique terrain that surrounds us!)

Thirteen years after that life-altering survey trip for us, it was our privilege and joy to welcome my sister Terri and her husband Dave on their own trip to survey and get to know the city of Iquique. God has placed it on their hearts to join our team in ministry here, and we are so excited for them to do so! While pre-field ministry (formerly known as deputation) can sometimes seem endless, we hope and trust God will see fit to swiftly raise up faithful supporters in the coming months.


A welcome to Chile would not be complete without the warmth of an asado, so our team greeted the Fishers with a cookout the day of their arrival. Many more delicious meals would follow, in part to satisfy Terri's longing to reconnect with the flavors of her childhood growing up in this country. Other flavors were new and uniquely characterize our corner of the world, such as creamy mango lecho (a milk and mango smoothie) and other fresh fruit juices which we enjoyed on more than one occasion. 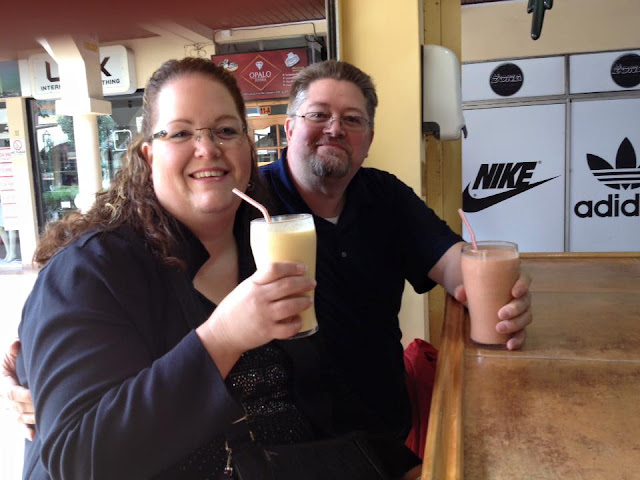 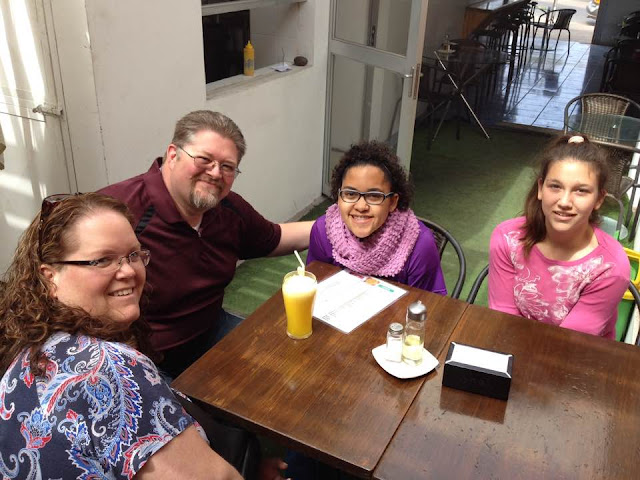 The purpose of Dave and Terri's trip was to observe firsthand the ministry in Iquique and understand better how their gifts and abilities can be used by the Lord alongside our team in this city. Also, a priority was to visit a school providing special education to determine what is available for their daughter Sophia's needs. In the latter case, it was a blessing for me to be able to accompany my sister to the Los Tamarugos educational center. It was also eye opening for both of us.

The humble building formerly belonged to the Chilean Air Force and shows signs of age and wear. But it was neat and clean and more importantly, a warmth of commitment and spirit shone in the faces of the small group of professionals who work there. Even without a prior appointment, we were welcomed to tour the facility and speak with the acting director who gave us information that both challenged us and nearly brought us to tears. The facility is partially funded by a non-profit with some government support, but still has significant material needs. Their sole school vehicle makes three runs to pick up students each morning and each afternoon. Among other things, we learned that Chile has far to go in accepting and providing for individuals with special needs. Most parents, we were told, still hide their children from society. Others have been abandoned. Several of the students come from children's homes overseen by the government, where they suffer bullying and lack of care appropriate to their needs.

We left with a heavy burden for this school, its needs and the young lives it serves. My sister left with a confirmation in her heart of the purpose God has for Sophia. We are both more than certain that He will use her to touch many lives in her own special way here in Iquique!

To be continued ...
at 12:29 AM
Email ThisBlogThis!Share to TwitterShare to FacebookShare to Pinterest