My Crazy Life with Boys

Life with boys is never dull. And having three boys (with two older sisters) certainly makes life an adventure! Of course, some adventures are more romantic than others. Who doesn't swoon over handsome little men with homemade swords and shields? I love to see our swashbuckling trio of musketeers exercising their imaginations to create fun moments of play together. It is cute to watch the younger brothers' wide-eyed fascination and respect for their older brother's abilities. And it is heartwarming on those occasions when Owen's benevolence extends to both Ian and Alec (although more often than not "three's a crowd" and one little brother ends up on the outs.) 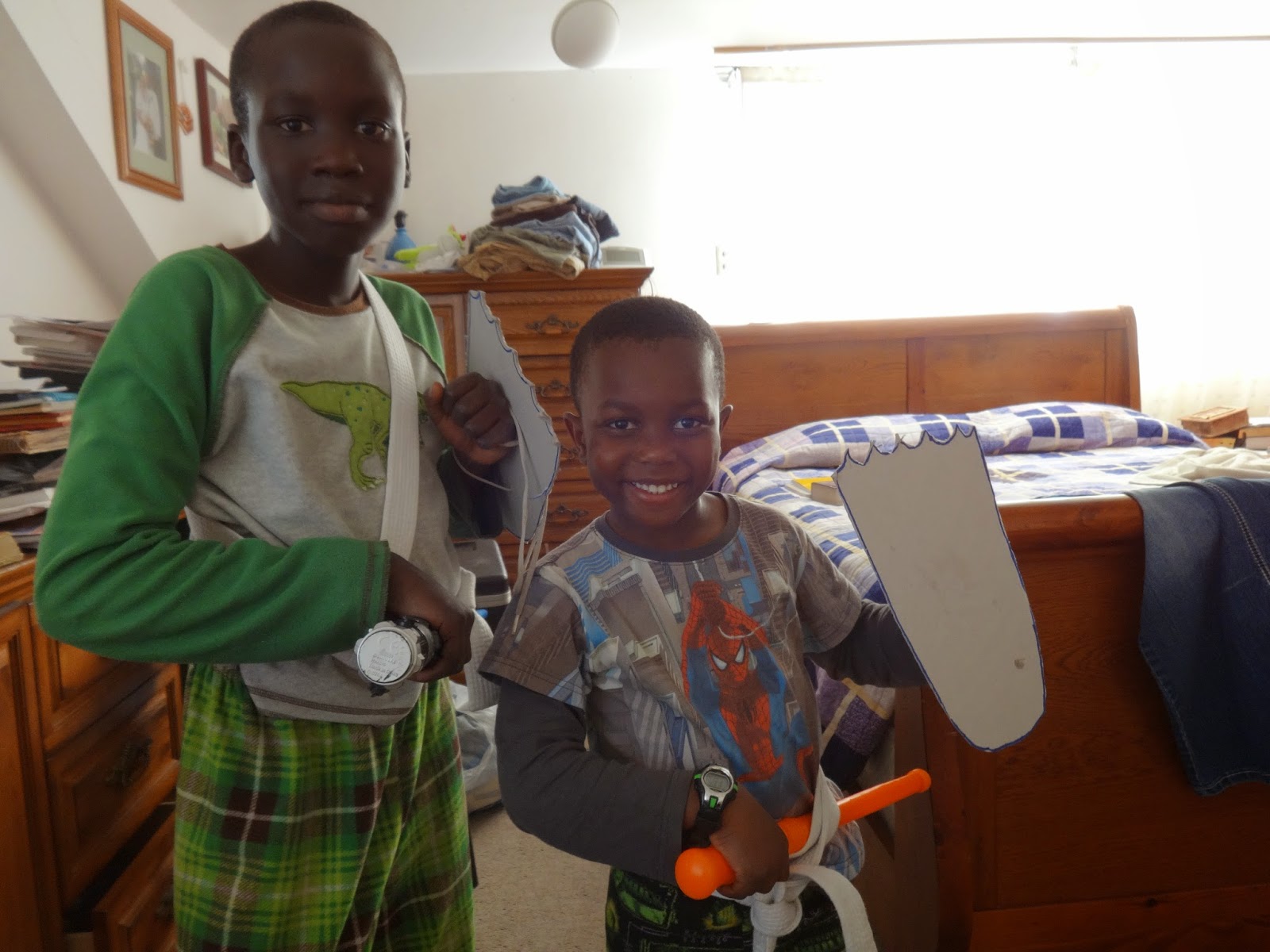 Fortunately there is some rotation of favorites and eventually all three brothers play together once again. When it is just the two of them, Ian and Alec continue to have the rambunctious (I personally refer to it as "tiger cub") relationship they've always enjoyed. Last Sunday I subbed for their class at church and after the lessons, craft and songs we somehow ended up with a line of little boys - with mine leading the way! - doing tumbling feats on the foam puzzle floor. For better or for worse my experience with little boys has led me to decide that as long as no one is getting hurt, why fight the inevitable? I'm sure you can tell by their smiles below that Ian and Alec felt the same way. 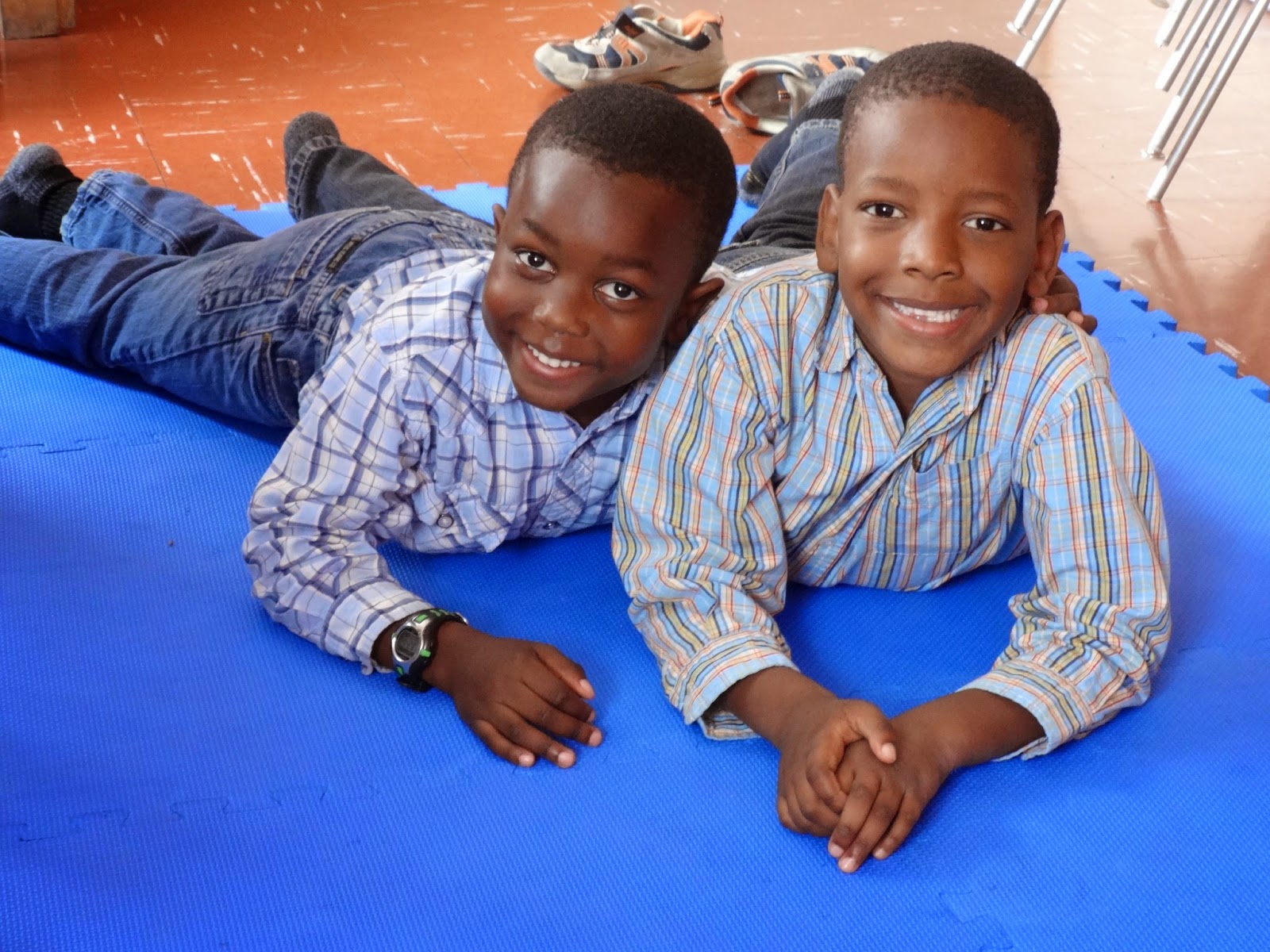 And then there are moments when boy antics test even the patience of a saint. Which, for the record I am not. There are those times when a mother pulls her hair and screams - inside her head, of course - "Why now?! Why here?!" Such was my experience this week outside the grocery store, after my youngest two and I had enjoyed an unusually peaceful and cooperative stroll through the aisles and had contentedly returned to our van. (This good spirit is important to note because without it, I am quite sure my reaction would have been less than stellar.) 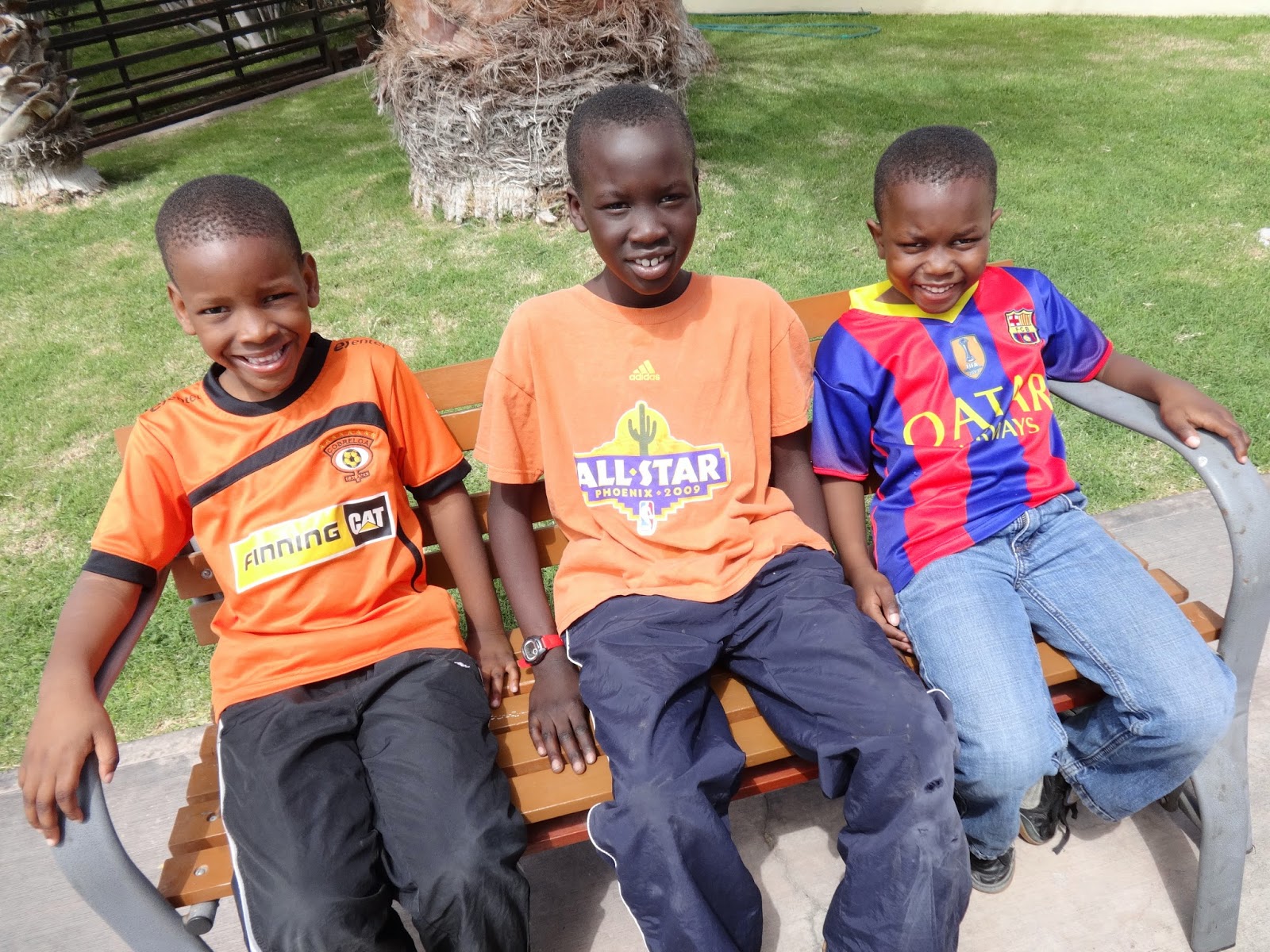 I unlocked the car and had Ian and Alec climb in while I unloaded groceries into the trunk, where I was met by the friendly cart lady who seems to enjoy conversing with me in the parking lot. No sooner had she begun asking me her latest question on U.S. current events, however, than Ian stuck his head out the door and said Alec needed me right away. It so happened that having my back turned for two minutes resulted in a bleeding nose in the back seat. Since I had just witnessed the camaraderie between the two of them in the grocery store, I was sure it was just an accident. Unfortunately my acquaintance deemed it her duty to berate Ian.

"You shouldn't do bad things! Don't you know God will abandon you?!" she scolded him. I grimaced as I dug for Kleenex, tried to wipe Alec's blood, and wedged myself between the woman and Ian, who by now was bent over crying from the reprimand and awful thoughts of God's abandonment. Trying not to be rude, I managed to edge her out of the way while gently pushing his clutching hands off me and sliding the door shut. Meanwhile I thought of all the theological untangling I needed to quickly do before my poor son was traumatized.

Frankly, I was annoyed and already had the car running and ready to pull out before the Holy Spirit pricked my conscience and I found myself tugging out a tract for our now-departing friend. My son has me to explain God's truth to Him, but what about her? She had tears in her eyes when I reached her. "You don't know the problems I have," she tearfully stated, going on to share some personal details of her family's current struggle. Acknowledging that truth, showing compassion, handing her a tract while cars pulled in and out around us and my son bled in the car, was all too surreal. God only knows the why and if any good will come from such an uncomfortable and unexpected moment. Thankfully He is the One in control!

All I could think of later was, this is my crazy life. My crazy life with boys!
at 10:59 PM
Email ThisBlogThis!Share to TwitterShare to FacebookShare to Pinterest