Where Do We Start to Meet the Need? 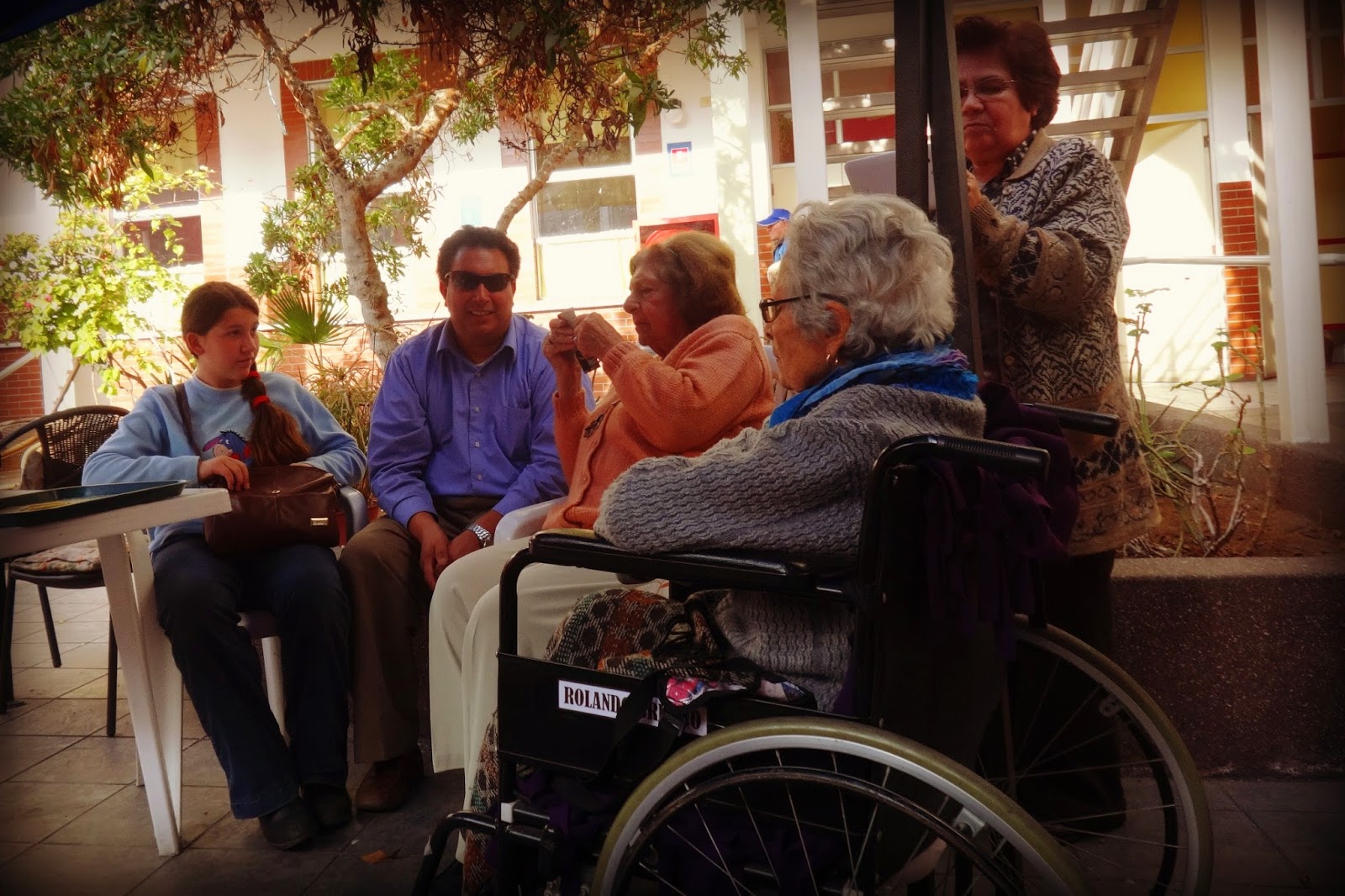 It was a very last-minute call, from one busy mom to another. Our friend's daughter had the opportunity to join classmates at a nursing home downtown, but she had only just been informed that day and she was already committed to a prior activity with her son at the same time. Would we be willing to go?

It has been missions month at our church. We've focused this year on our "Jerusalem," this city of Iquique. Throughout the month, God has placed new information and potential opportunities in our path. This seemed like one of them. We had heard of the "grandparents' home" (as it is called here) especially in the wake of the earthquake. Sadly, many of the abuelitos spent weeks in a makeshift shelter at the local stadium since their home was damaged and in the tsunami danger zone. Youth organizations took turns spending time interacting with them, according to our local newspaper.

Our children learn so much from new and sometimes stretching situations. Our little boys were wide-eyed and timid as they looked around at abuelitos with distant eyes, wrinkled hands and in one case, missing limbs. Alec was full of questions. "Will I get old like that someday? Why are their hands like that? Why does she talk that way?" Both he and Ian were shy about responding to invitations for kisses from the grandmas, but eventually they worked their way around the circle and brought great joy to several of these lonely ladies.

Owen didn't approach much, but when he did I was grateful for his serious and respectful responses to the questions he was asked. He, too, politely kissed the grandmas goodbye when the time came. Later in the car he said, "That one grandma told me her dad was black with blue eyes, and then he had surgery to become white." We assured him that she was just very confused. She had also claimed Pedro as her son and as we were leaving said to me, "Mommy, take me to eat!" The kids had followed me curiously as I walked her to the cafeteria and found her a seat.

One woman seemed younger and more alert than many others, and she had Pedro's ear for most of the time we were there. Eva stayed close beside her daddy. Their new acquaintance was full of commentary and seemed genuinely delighted at our visit. Our friend's daughter had brought colorful Christian booklets from church and she and Isabel shared them with this lady and other residents. Pedro also provided a tract with the address of our church. It seems that anyone is welcome to come during visiting hours in the morning or afternoon by prior arrangement, so we hope to return with our young people and perhaps some special music to share.

There are so many needs around us. Where do we start to meet them? Perhaps by simply being available when the next call comes. In my flesh I resisted rushing to get five kids ready and out the door to pick up our friend's daughter and get to the nursing home that afternoon. But as is always the case, we were blessed to be a blessing. We received more than we gave, being convicted toward greater compassion and ministry wherever the needs are found.
at 12:04 PM
Email ThisBlogThis!Share to TwitterShare to FacebookShare to Pinterest

I just stumbled across your blog, and I am so glad I did! I'm a Chilean-American currently on a year-long mission trip around the world (called The World Race). I was born in the US, but grew up in Iquique and lived there for over 12 years. It brings me such joy to see God working so much in that beautiful town that means so much to me. I will be in Chile this summer; I would love to meet you and your family and hear more about your ministry!
Sending you many prayers from the Philippines,
Raquel Stewart

Raquel, So nice to hear from you. I really hope we can meet! Stephanie