That's Just the Way God Is

It was a oft-repeated theme in our recent prayer letters and prayer requests: Please pray that we can find a house for our soon-to-be-returning missionary colleagues. In a post-earthquake economy, Iquique real estate prices had skyrocketed from their already-high average. Many people - even those whose homes had not suffered physical damage - were fleeing apartments in search of very limited single-family dwellings. Houses which five years ago rented for $700*, before the earthquake were costing over $1,000 and after the earthquake could generally not be found for less than $1,400.

Cost was a primary consideration, followed immediately by size. We were searching for a minimum of four bedrooms for a family of ten (two parents, eight children.) Daily I scoured three major websites and the local papers but it was as though homes with more than three bedrooms had never existed. Finally a 4-bedroom apartment appeared and we visited it "just in case" - but it was not a viable option, especially not on the 17th floor with a $1,200 price tag.

I reminded our children (and myself!) that our own arrival in Iquique had been similar, with nothing available until after non-refundable plane tickets were purchased and just a few weeks before departure - yet God provided. Meanwhile I was fighting frustration and discouragement. We were far from alone in our predicament, with hundreds rendered homeless and the government just beginning to provide housing allowances for others to begin their own searches for housing. Often I would call multiple numbers to receive the same message: "Already rented." "Not available." "Sorry."

This past Friday, I did not do my usual morning search because of special programs at school. Later, while preparing lunch I took a break to sit down at the computer. Before opening the real estate page I prayed: "Lord, please drop something in my lap right away. Please let this be the weekend we find something." I clicked on the rental and immediately saw this listing at the top of the page: 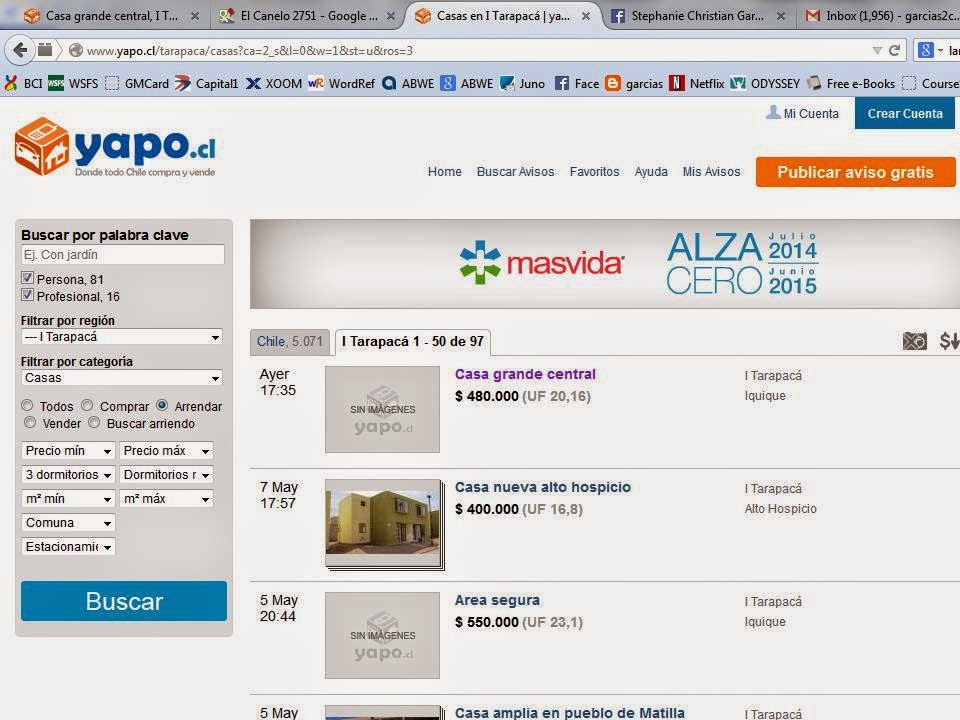 There was no picture, but the description took my breath away. It claimed "five bedrooms, two bathrooms ... living/dining room, furnished American kitchen did not suffer any damage from earthquake." The cost was doable, and at $900 was far less than expected given current circumstances. 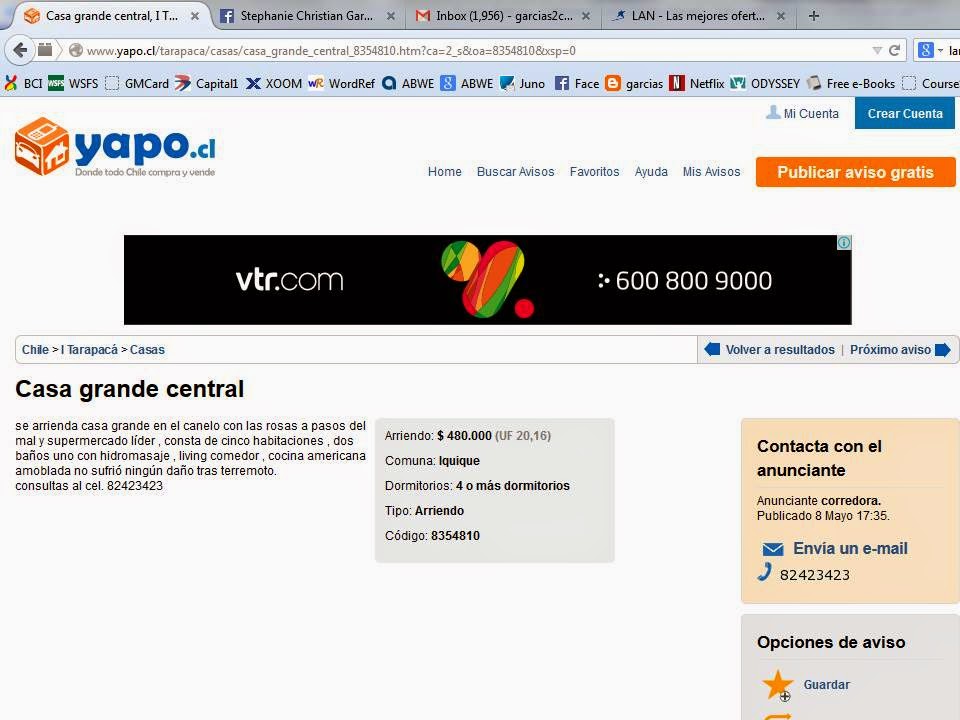 I may have whispered another prayer as I dialed the number, fully expecting a negative response while harboring hope for a miracle. To my surprise and delight, the realtor was at the house when I called and agreed to return at 5 PM when Pedro and I could meet her for a walk-through. Since we had nowhere to leave our kids, we decided they could assist us with a child's perspective of this potential home for their MK friends. However, when the realtor seemed overwhelmed by the number of us and the news that our colleagues had even more children, I second-guessed that decision. Little did I know God had a purpose in their presence! 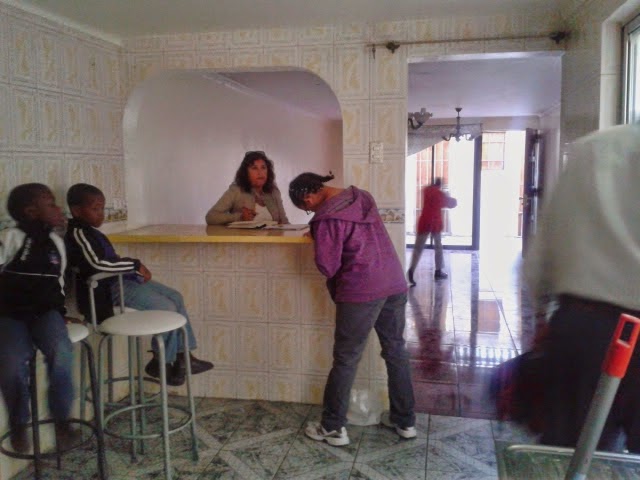 My exact words to our colleagues after the house visit were these: " ... not a "wow!" house but definitely a "this could work" house. And considering the current situation, I'd say a "let's do this" house. :)" Earlier that day, we had received funds and permission to secure a place sight unseen for them if the situation called for it. Pedro and I briefly conferred and agreed we needed to move forward with this option. However, it was not quite as easy as our saying "we do."

I sensed hesitation on the realtor's part, whether due to our foreigner or large-family status. She made it clear that others were interested in the house as well and the final decision would be hers. I did my best to present a convincing case, providing financial paperwork and offering recommendations from the owner of our colleagues' former home and/or our own. When we departed, however, I could not say with certainty that she would choose us. She said she would call the next morning to let us know. All we could do was continue to pray.

So it was quite a surprise when my phone rang at youth group just a couple of hours later with the news that the realtor had indeed chosen us! I didn't ask why, just gladly made arrangements to meet at noon on Saturday to sign papers and pay the down payment, realtor commission and first month's rent. Several of our church ladies were interested in joining me and I was glad to have fresh pairs of eyes to confirm this big decision before money exchanged hands. At our meeting the next day, they asked questions I would have overlooked and even managed to procure a commitment from the owner to reimburse our colleagues for painting in areas that were left undone. 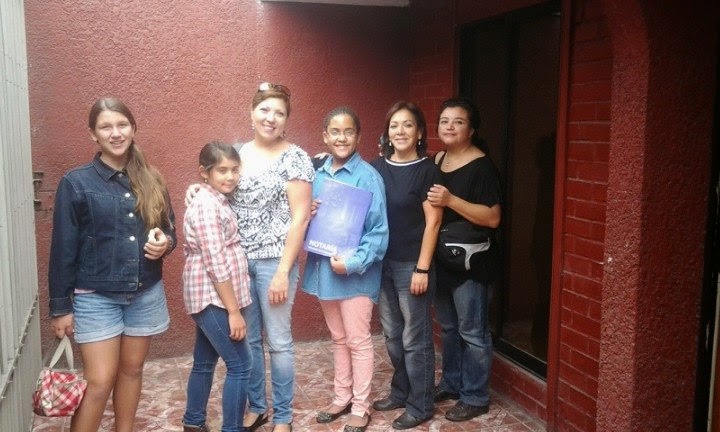 But the icing on the cake was revealed as our meeting wound down. The realtor told me that she had gone home to a cousin's house after we met on Friday. Her family asked how the house showing had gone, and she mentioned that she might be renting to an American family. She described us and her cousin exclaimed, "I might know them! Wait a second." She then retrieved her cell phone and showed the realtor a picture (presumably of our boys) and said that we were customers of her mother's empanada shop. She said we were great, trustworthy people! Had we not taken our kids, perhaps this connection would never have been made. And had we not been consistent in our attitudes and treatment while doing such a mundane thing as purchasing empanadas, perhaps we would have lost this opportunity.

I loved pointing out to our children that not only does God answer prayer, but He is such a personal God that He does so in perfect ways that involve our own life circumstances right now. In fact, it was neat that after speaking to our colleagues' wife about the house possibility she went back to her Bible reading and "happened" to be right in a passage that talked about God providing birds with their nests (let alone providing homes for His people!)

What an awesome and mighty God we serve. To Him be all the glory and praise! 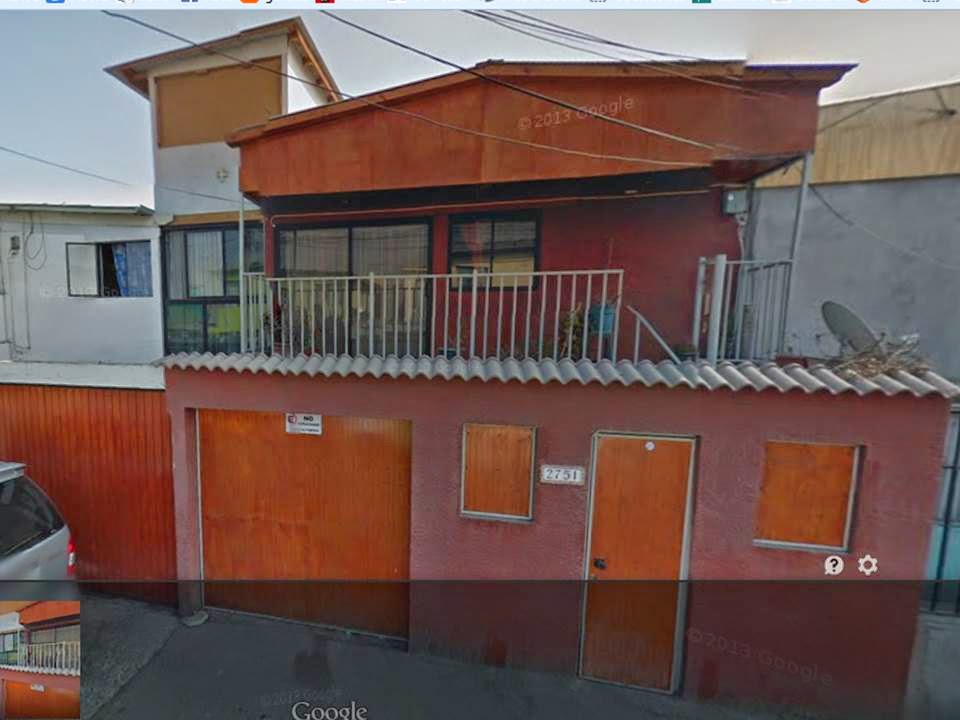 ---------
*approximate currency conversion to USD
at 11:56 PM
Email ThisBlogThis!Share to TwitterShare to FacebookShare to Pinterest

Praise the Lord! God is so good, all the time!

Love how God is a God of surprising detail! Praise Him!