Catching Up on Christmas 2013

It's been nearly two weeks since Christmas, and we are already several days into the New Year but I didn't want to go without recording the memories. We had a wonderful Christmas as a family. Insane (because Mommy and Daddy were up until 4 AM wrapping presents!) but still, sweet and special. 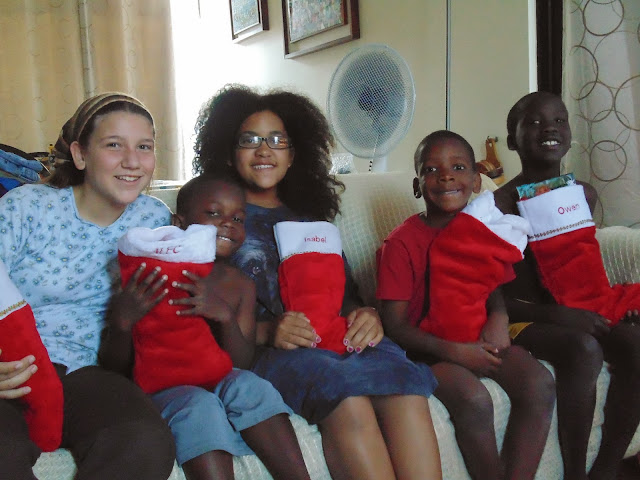 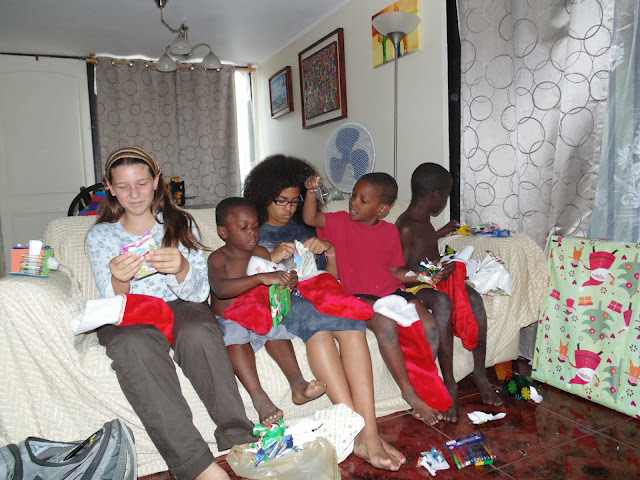 As per our family tradition, we began with stockings and it is always fun to watch the kids dig down deep to find their little treasures. Typically we have a special breakfast cooking and it wasn't quite done by stockings' end, so we went on to a couple of gifts. The presents under the tree were rounded out by gifts that had come a long way, from our supporting church Faith Baptist in Delaware as well as from family in the States. 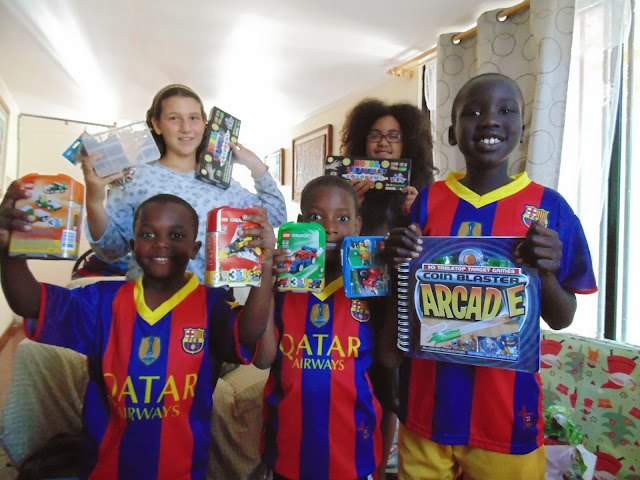 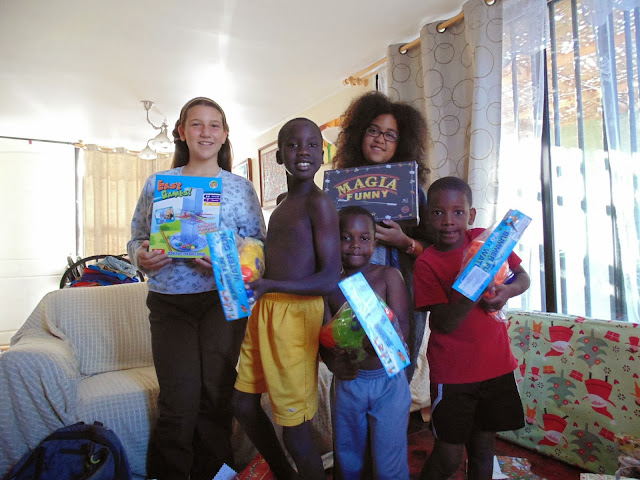 I'm not sure where the idea came from other than the fact that I loathe the idea of my children being unthankful or reveling in excess, so when it was time to deliver gifts from specific people we did something new. Each child was given his or her gift from the same person and before opening them, one of the kids prayed for that individual. I loved that not only did it help them to recognize the generosity behind the gift, but also to ask God's blessing on the giver. I think this new tradition may be a keeper. :) 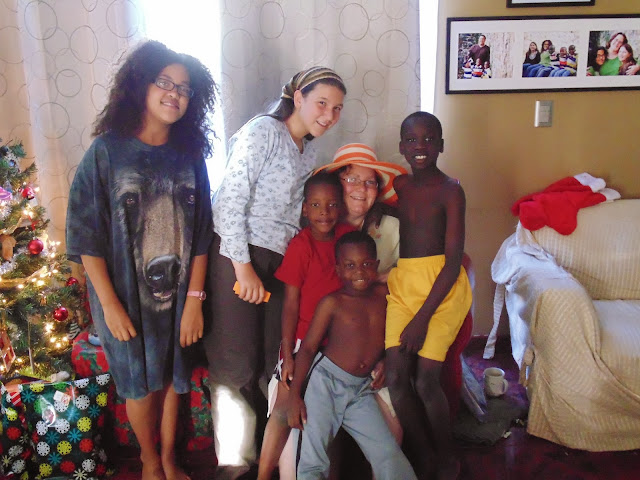 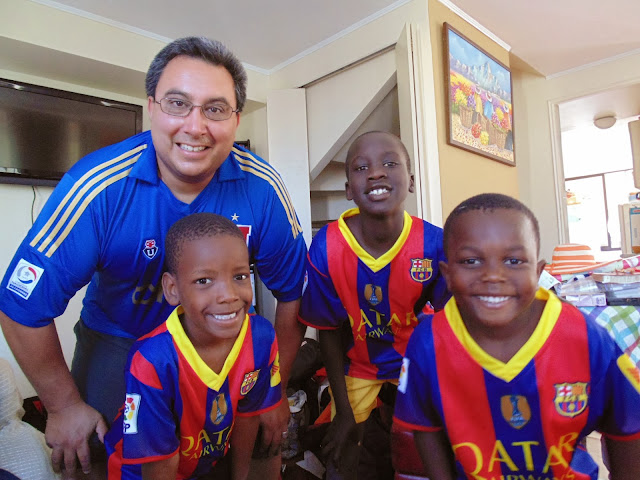 One disappointment on Christmas morning was my sore back as a result of the all-night gift wrapping, so I did not venture far from our big red chair. That was where I received my gift from Pedro and the kids, a big orange sunhat to keep me shaded from Iquique's strong solar radiation. (I love orange - it is such a happy color!) My gift to Pedro was a soccer shirt from his favorite Chilean team. I snapped this smiling photo of all four "boys" posing happily in their respective colors. So cute! 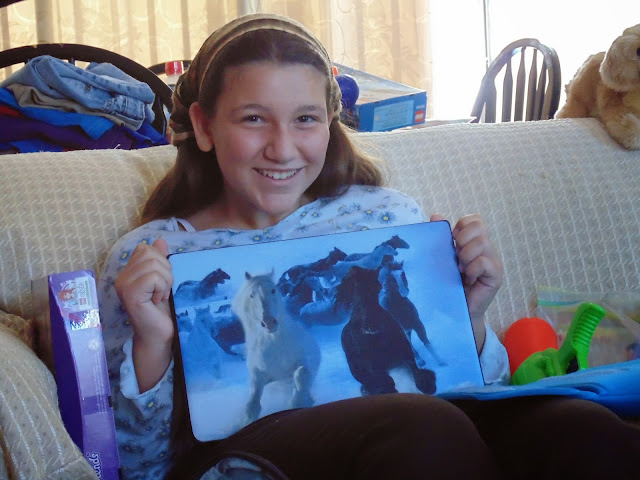 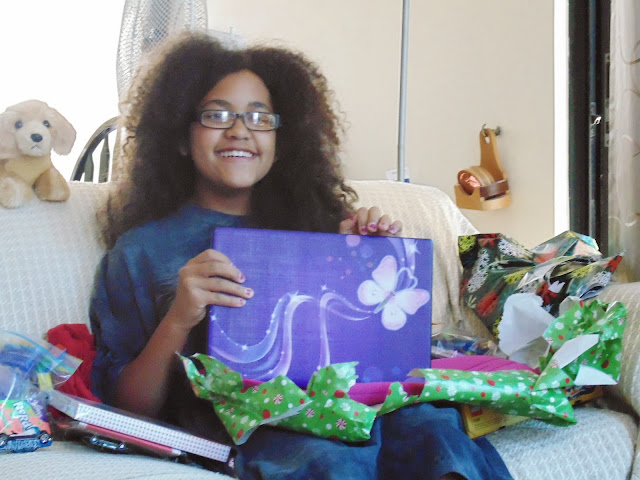 Eva and Isabel knew that laptops were going to be their big gifts this Christmas, because in a couple of months they begin schooling online. However, we managed to keep a secret that we had ordered laptop "skins" according to their colors and preferences, and both girls were super excited by what they received. Isabel's favorite color is purple and Eva is obsessed with horses, so we had two very happy campers. Hopefully their enthusiasm will carry over to schoolwork when the semester starts! :) 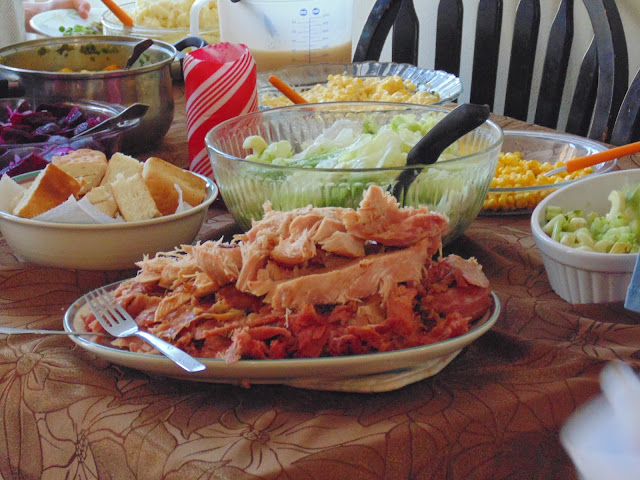 What would Christmas be without a delicious dinner, and we wanted to share it with friends. In this case we opted for smoked turkey and mashed potatoes on the American side, with Chilean salads to round out the menu. Our colleagues Pastor Hugo and Debora Armijo with their young adult children Deborita and Johnny arrived bearing a homemade lemon pie and the kids' favorite corn salad. New Australian friends who recently arrived in Iquique, Paul and Vikki Kay came with Owen's current best buds, their sons Karl and Toby. They also delivered an amazing mango salsa and sweet fresh fruit that the kids devoured! 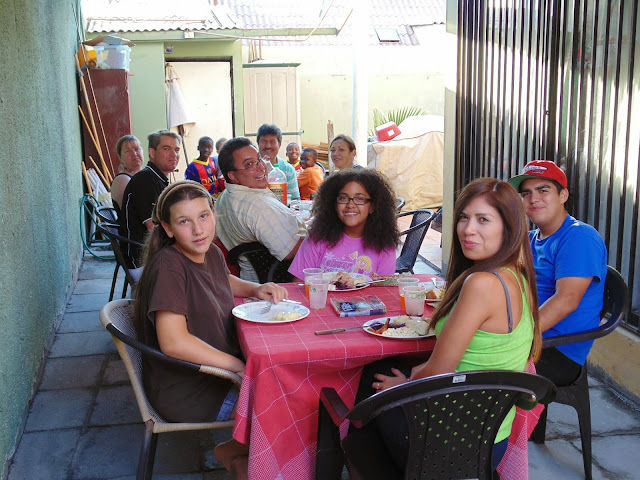 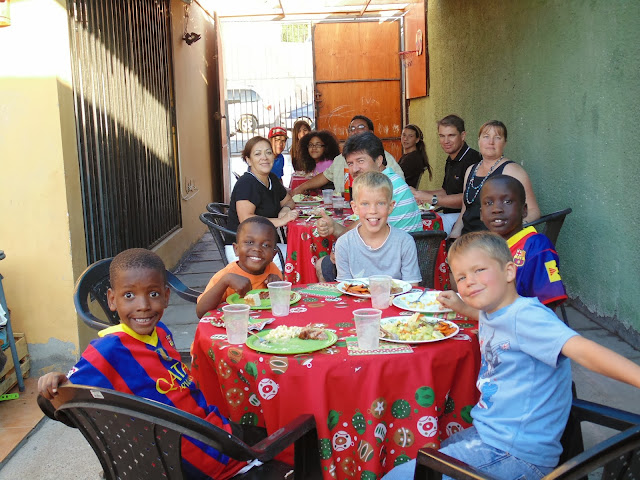 We ended Christmas Day with kids bustled off to bed, the lights of the tree twinkling, and very full hearts. Modern technology such as Skype helped keep us close to family as much as possible with an ocean between. And we are thankful for the friends God has given us close by in the meantime. This was the first Christmas in a couple of years that we were not imminently traveling, and it was so nice to just relax and be together at home. 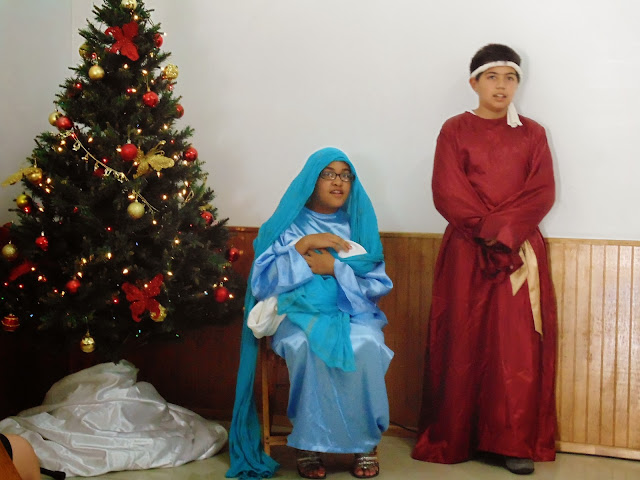 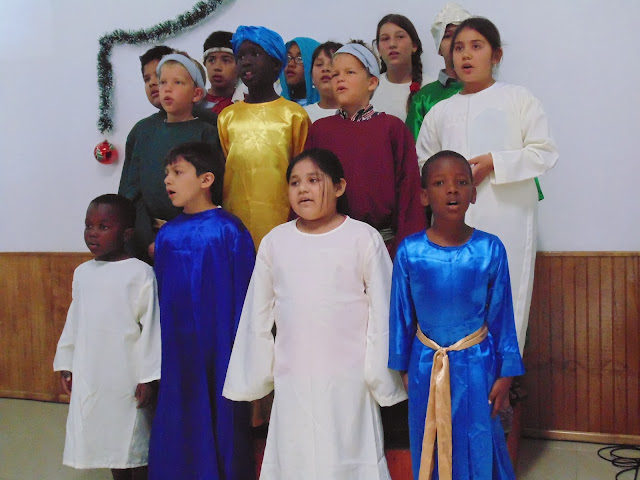 I should mention that several days before Christmas, our children participated in the kids' program at church. Isabel begged for the role of Mary (though she later attempted to recant upon realizing there was no "real live" baby Jesus for her to hold this year!) The children sang joyfully and on Christmas Eve, we sang again as a family on a dark Iquique beach while our Chilean counterparts gathered for late-night barbecues and family festivities. We also dedicated a couple of hours that same afternoon to watching The Nativity as a family, remembering the sacrifice and submission of the biblical Mary who became mother to the Savior of the world. Amidst the gifts and group activities, may we never forget the true reason for our celebration: "a Savior, which is Christ the Lord!"
at 12:16 AM
Email ThisBlogThis!Share to TwitterShare to FacebookShare to Pinterest