Someone Had a Birthday 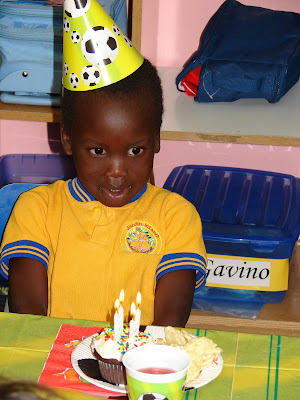 Our handsome little Owen turned 4 years old on April 12. At the time, I was in Haiti celebrating his brothers' birthdays but he patiently waited his turn and was rewarded with a party at his pre-school this past Thursday.

I think he enjoyed it; I know he enjoyed the gifts! I also know that his parents realized we just might be the "lamest" parents on the planet. We were all thumbs doing the party with a dozen 3- and 4- year olds (let's just say relay races were not too effective as party games!) The "lame" factor only rose when the kids started chanting for the piñata and we didn't have one. And when we saw the size of the gifts the other kids had brought for Owen (versus the little ones we'd been sending in for school parties) all we could do was look at each other in chagrin. Lesson learned! :)

(P.S. We also had to chuckle when we were setting up the classroom for the party. Suddenly Pedro remembered that the room had cameras and that other parents might be watching us. Definitely puts a little pressure on!) 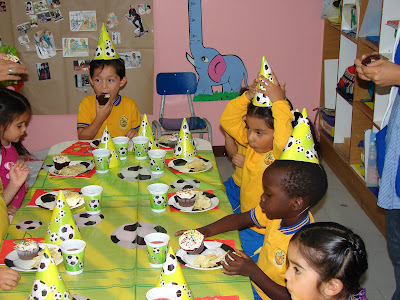 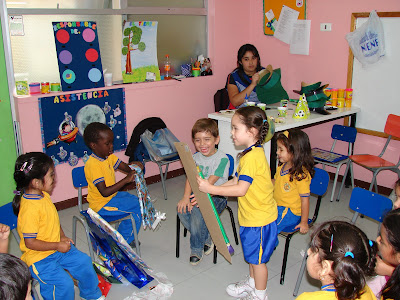 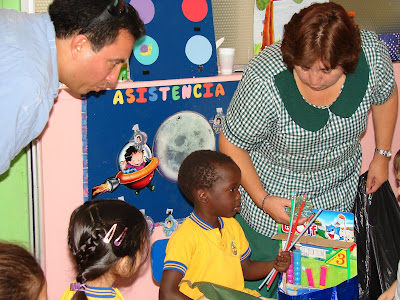 Daddy and Owen's teacher reminding him to say "Gracias!"

After the party, we waited for Isabel and Eva to get out of school so we could all go to McDonald's to celebrate as a family. Owen blew out his candles again for his sisters' benefit and at home the three of them enjoyed watching him open the gifts from family. I love the pictures below - the ones of the girls oohing and aahing over Owen's gifts weren't posed and I thought it was so cute how they got excited for their little brother! 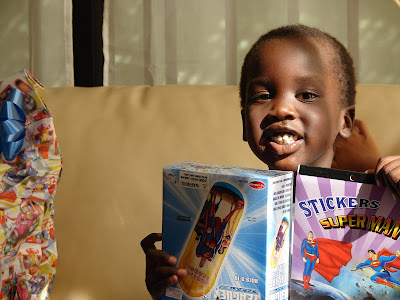 superheroes were the theme of the day 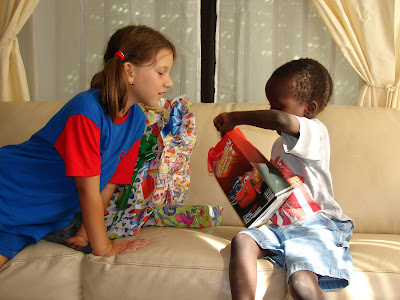 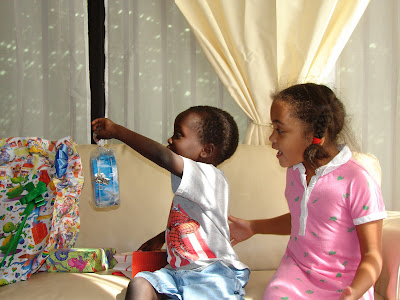 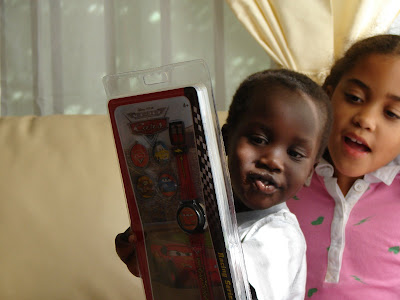 this watch was a hit (thanks for the hint, Jenn!) 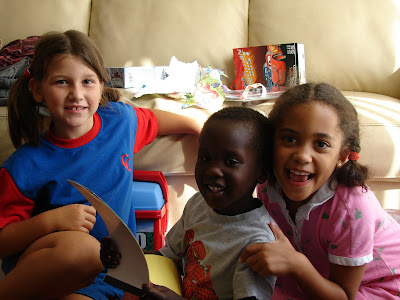 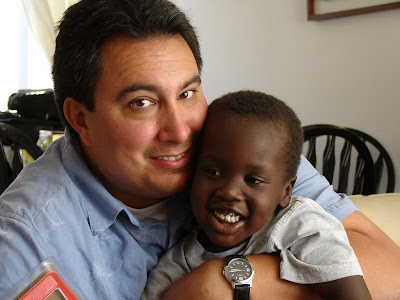 We are so thankful for our precious son, truly a gift from the Lord after many years of waiting and praying. It's hard to believe that four years ago we were meeting a tiny little baby in an NICU incubator. Just look at him now! Owen, we love you very, very much!

at 1:51 PM
Email ThisBlogThis!Share to TwitterShare to FacebookShare to Pinterest

You were just bringing Owen home when I joined Tea Time. I CANNOT believe it's been four years! HAPPY BIRTHDAY OWEN!!!

What a handsome 4 year old! Happy Birthday, Owen! From the Butlers