Tomorrow is Chile's "Dia del Trabajador" (comparable to our Labor Day in the United States.) In honor of that fact, Owen's pre-school asked that each child come to school today dressed according to the profession of his/her choice.

We thought Owen would look awfully cute in a pin-striped suit that his cousins recently passed down to him. He loved the idea, but insisted that he was a policeman. (I thought he looked more like a Texas oil tycoon, especially since he paired the suit with his favorite red cowboy boots from Grandma and Grandpa Garcia!) 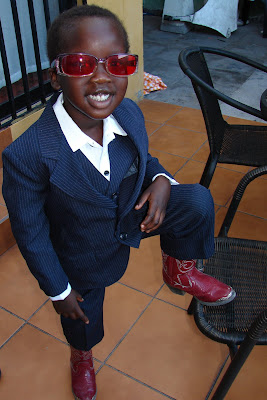 However, Daddy came up with the idea that Owen could be a "policia de investigaciones" which would be comparable to an FBI agent. 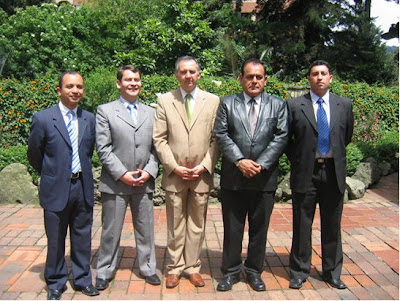 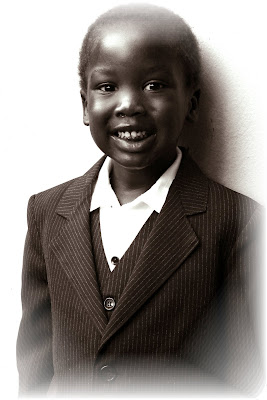 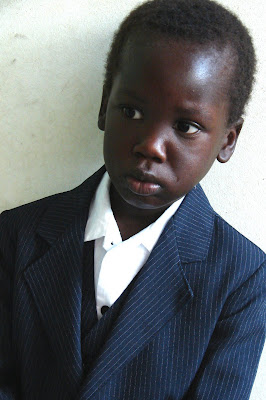 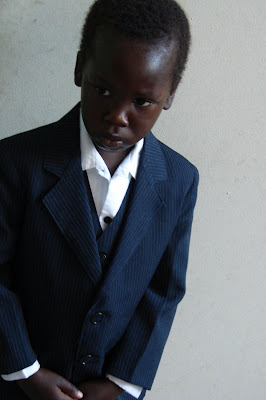 The funniest thing was watching via the online cameras when Owen walked into school today. The cameras tend to freeze and skip a bit, so what I saw was Owen walking in with Daddy; Owen waving at the camera (Daddy reminds him to do this for me); Owen's teacher smiling as she saw him approaching; and then a sudden frame change to Owen being photographed by two separate teachers out on the playground. In the midst of half a dozen doctors and nurses, I guess our little agent made a splash! :)
at 9:34 AM
Email ThisBlogThis!Share to TwitterShare to FacebookShare to Pinterest

I love the pictures of Owen, all he needs is a cowboy hat and yes, I think he could head back to Texas and find an oil rig.
very cute!